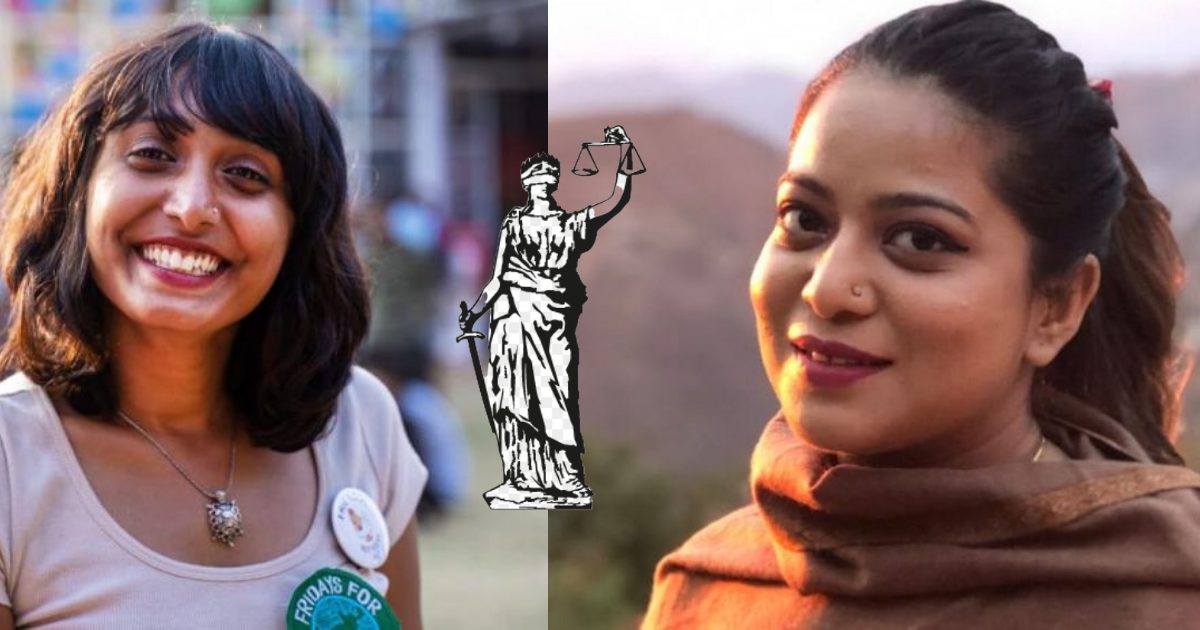 When cases appear more political than criminal, courts should grant bail rather than split hairs over facts at the pre-trial stage, writes MR SHAMSHAD.

THE order granting bail to the young climate activist Disha Ravi is one of the finest expositions of law in the present times. It comes at a time when many political dissents engaged in permissible actions have been unreasonably criminalised. One hopes that this order will give “disha” (direction) to the other pending and future bail cases of similar nature.

However, the Disha Ravi case has also raised the issue of inconsistency in judicial pronouncements. This trend is to be seen at various levels of the judicial hierarchy. Consider the rejection of bail by the same judge who granted Ravi bail—he rejected bail for student activist Safoora Zargar in June 2020.

Later, Zargar was given bail on humanitarian grounds. When released by the Delhi High Court, her bail got no objection from Delhi Police.

One may point out that the FIR filed against Zargar contains the allegation of an offence committed under the Unlawful Activities Prevention Act, which was not so in Ravi’s case.

Undoubtedly, both the Zargar and Disha Ravi cases arose out of political dissent, one against the Citizenship Amendment Act, 2019, and the other against the three new farm laws. A direct link between the incidents of violence and the accused was missing in both these cases.

The Delhi Police registered both the FIRs. The police have the option to invoke various provisions of the law in the FIRs it files. One can even say the police have almost unfettered discretion in this regard.

Similarly, at the pre-trial stage, judges have vast discretionary powers to regulate the contents of their judgements and direct their decision-making.

Technically, Zargar’s case could be on a different plane because the police have chosen to add UAPA provisions.

Even here, though in law the police can write any content in the FIR and pursue further investigation, they should desist from arresting or detaining a person until they have some cogent proof against them. Mere statements cannot be made the ground to deprive somebody of their right to life with dignity.

The fate of pending UAPA cases has been recently described in Parliament by the Minister of State for Home Affairs. According to him, out of a total of 5,922 persons arrested under the UAPA between 2016 and 2019, only 132 were convicted.

These convictions are coming from the courts of first instance. If this is indeed the situation, then one can imagine the fate of a large number of the accused on whom UAPA provisions are being mindlessly imposed, which bars them from consideration for bail for a long time.

In many UAPA cases, the facts show that the accused are acquitted after prolonged criminal trials and there is no accountability in this regard. Without fixing accountability of the police, are we doing justice or making the society more lawless is the question to be asked.

Any civilised system would work to fix accountability for baseless allegations under such stringent criminal legislations as UAPA. However, India does not have an effective functional mechanism to do so.

In the Zahoor Ahmad Watali case, the Supreme Court said that at the pre-trial stage the court is “merely expected to record a finding on the basis of broad probabilities regarding the involvement of the accused in the commission of the stated offence or otherwise”. It cancelled Watali’s bail. Because of this ruling, the police have to just make out a case of “broad probability” against an accused and the court shall do nothing at the pre-trial stage.

This principle appears to have been followed while rejecting Zargar’s bail in summer 2020. Disha’s case is based on a completely different premise.

Concerning the bail orders of Zargar and Ravi, few things need to be pointed out. A genuine concern of a lawyer and a member of civil society is that irrespective of the fact that the UAPA provisions were imposed in Zargar’s case, as reflected in the bail orders, the circumstances both of them were in are not very different.

Against this background, can the Supreme Court’s earlier judgements be understood from a different perspective for both of them?

In one case, the judge said that the “law frowns upon any act which has [a] tendency to create disorder or disturbance of law and order or incitement to violence”. In the other case, the same judge opined that “only such activities as would be intended to create disorder” are, as they say, to be frowned upon.

A lawyer’s reading of both instances suggests that the intention of the accused is seen as relevant in one case, but not the other. In one case it was said that the court is not required to go into the merits of the prosecution case and, accepting the version of the prosecution, it rejected the plea of bail in the pre-trial stage itself.

And in the other case, it was said that it will be apt for the court to analyse the material collected by the investigating agency to substantiate the allegation of a “larger conspiracy”, but concluded that there is not even an iota of evidence connecting the perpetrator to violence, and granted bail. Certainly, this will bother members of the legal fraternity.

In 2014, the Supreme Court stated that the objective of legal doctrines is to curb the personal preferences and choices of individual judges. Doctrines also ensures equality of treatment when two persons are placed under similar circumstances. Legal doctrines obligate the courts to follow precedent when a similar case comes up.

In one case, the judge said that the ‘law frowns upon any act which has [a] tendency to create disorder or disturbance of law and order or incitement to violence’. In the other case, the same judge opined that ‘only such activities as would be intended to create disorder’ are, as they say, to be frowned upon.

However, in criminal cases, judges have the flexibility to decide the cases based on findings of fact, as every case will have different facts depending on the appreciation of evidence. However, at the pre-trial stage, the situation may not be the same as evidence for the final determination of facts are yet to be examined.

By and large, the courts have to follow some consistency in their decision-making if the cases emanate from political dissent. If we apply the Zahoor Ahmad Watali principle of the Supreme Court, only one view—either Zargar or Ravi—can be correct, and not both.

Considering the judicial precedent, and the principle of equal treatment, valuing personal liberty of an individual, etc; the rejection of Zargar’s bail and grant of bail to Ravi have multiple inconsistencies. We can only expect that in the future, judicial pronouncements will not have such glaring discrepancies.

(The writer is an advocate-on-record at the Supreme Court of India. The views expressed are personal.)