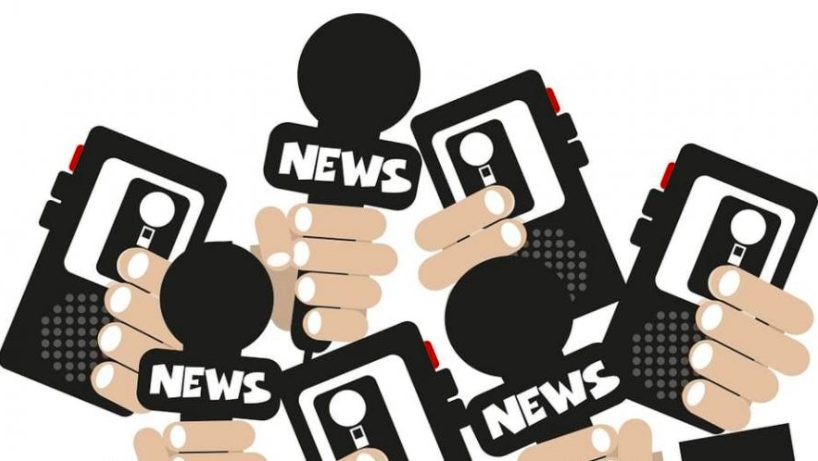 True Lies in the Age of Obedient Journalism

Much before Covid-19 disrupted our lives a peculiar infection struck root in the Indian media. The disease identified as “obedient journalism” first took its toll on management, then editors, and it finally infected ordinary journalists. Those who have managed to develop immunity from the bug can consider themselves lucky. In fact, with each passing day, more willing victims are succumbing to the infection and failing to recover.

And many of those who regain health momentarily are prone to relapses and re-infection. Others welcome falling ill at a time when the survival of the infected is guaranteed.

Author and former editor Tony Joseph, in a recent Tweet, loosely defined this malaise as journalism that “does what those in power want journalists to do without questions or scepticism”. Once afflicted by this condition, members of the Fourth Estate are prone to faithfully report what “government sources” tell them, and the news desk clears such stories without any reflection or verification.

The shape of obedient journalism to come was revealed in the 97- page report of the Group of Ministers (GoM) prepared in December last year. It spelt out how the media narrative could be “controlled” by encouraging and supporting those who endorse the government position and marginalising and “neutralising” those who do not.

Though no formal action has been taken based on the report, some of its suggestions are being informally implemented by the government’s media managers. These include:

* Identifying those who publish or telecast negative stories. Talking and bringing them round to appreciate the government view.

* Tracking positive and negative influencers. Promoting the former and ensuring they get included in TV discussions. Pushing the latter from mainstream engagement.

*Controlling the narrative by being the first to put out a story, be it positive or one that targets Opposition parties.

Even in cases of false stories, the trick is to get it out and quickly circulate it. Union ministers, BJP leaders and influencers come into the picture to dutifully amplify it and create a buzz. Later, when the authenticity of such a report gets questioned, and facts brought out, it is too late. The corrective follow-up lacks the first-off-the-block punch, and the sensational story that preceded it will be what captures the public imagination.

An example of this was the recent story about a Supreme Court-appointed oxygen audit team that alleged that the Delhi government exaggerated its oxygen requirement four-fold during the peak of the second wave. If true, it was shocking and brought back horrific memories of desperate citizens running around for oxygen while hospitals said they had run out of stock.

The sensational report later proved to be lacking in substance. But by the time AIIMS director Randeep Guleria, who headed the audit team, clarified that the story had serious inaccuracies and was itself “exaggerated” the damage had been done.

The voluble BJP spokesperson Sambit Patra was in his element on the social networking site: “The Truth is finally out Arvind Kejriwal inflated Oxygen need by 4X during Peaks, says the Supreme Court appointed panel. This could have affected 12 high caseload States. So, friends, Kejriwal was lying all the while….”

The oxygen story—courtesy of BJP sources—was a typical one-day wonder that has faded from the news since. But many Delhites still believe that the state government had played foul. They had seen the report on TV and read the forwards and comments on WhatsApp. The retraction by Guleria failed to get the same play or notice.

But for the oxygen story to happen, you needed a media climate in which information passed on by ruling party leaders or workers is not subject to any scrutiny.

Then you had VK Paul, Chairman, National Empowered Group on Vaccines, claiming on 13 May that India would administer a record 216 crore vaccines by December. The feel-good story received much attention and was widely quoted to show that any apprehensions about vaccine shortage were either misplaced or an Opposition conspiracy.

But on 2 July, the same Paul, replying to a question at a press conference, admitted that his earlier assessment was “optimistic and aspirational!” The more accurate figure would be about 135 crore doses by the year-end. His remarkable U-turn was dutifully downplayed by several news organisations for reasons best known to them. Perhaps it was not government-friendly and hence violated the tenets of obedient journalism.

Staying with vaccines, what explains the cheer that dominated the headlines on 28 June, when the health ministry announced that India had overtaken the US in the number of doses administered? The tally was India: 32.36 crore doses; US: 32.33 crore doses. It was proclaimed that “India had achieved another milestone in Covid-19 vaccination.” What was left unsaid, till much later, is that India had fully inoculated no more than 4% of its population while the US had covered 46.62% of its people.

But the three examples cited here are relatively innocuous compared to the one-sided reportage of stories with a communal twist. Here the police version justifies arrests of innocents and framing them in heinous crimes that attract long prison sentences. Traditionally, reporters were expected to weigh the evidence being presented by investigators and test its basic veracity. Interviews would be conducted to ascertain the sequence of events and the involvement of those arrested. But increasingly, fact-checking is bypassed when it involves the vested interests of the police or the state.

This yardstick applies to much of the reports from and on Kashmir. And when it pertains to riots, biased reportage is a given. The attackers become the attacked. The oppressed the oppressors. An obvious fake imprint is what often gives credibility to a report on so-called stories on “love jihad”, “corona jihad” or “cow slaughter”.

Statements from Union ministers, BJP leaders and those in government justifying the unjustifiable are often carried without riders. Thus, last week Petroleum Minister Dharmendra Pradhan pointed out the positives of the fuel price hike by stating that it provided the central government with additional revenues for public welfare and development work. His statement was carried without pointing out its blatant ridiculousness.

Incidentally, this spin to diesel, petrol and LPG prices touching record highs has been doing the rounds of WhatsApp for some time now. And several BJP leaders and party sympathisers have been advancing the argument that the price hike is a good thing for the welfare of the common man. Similarly, some influencers advance the thesis that the current levels of high inflation should not bother citizens since acche din is round the corner.

Will the probe into the Rafale deal in France change things? Well, defence “experts” and security “analysts” who defended the controversial contract ahead of the 2019 elections have already been asked to pad up. As for much of big media, it remains to be seen if disobedience has totally deserted the DNA of its editors and managements.

The writer is a senior journalist and author. The views are personal.