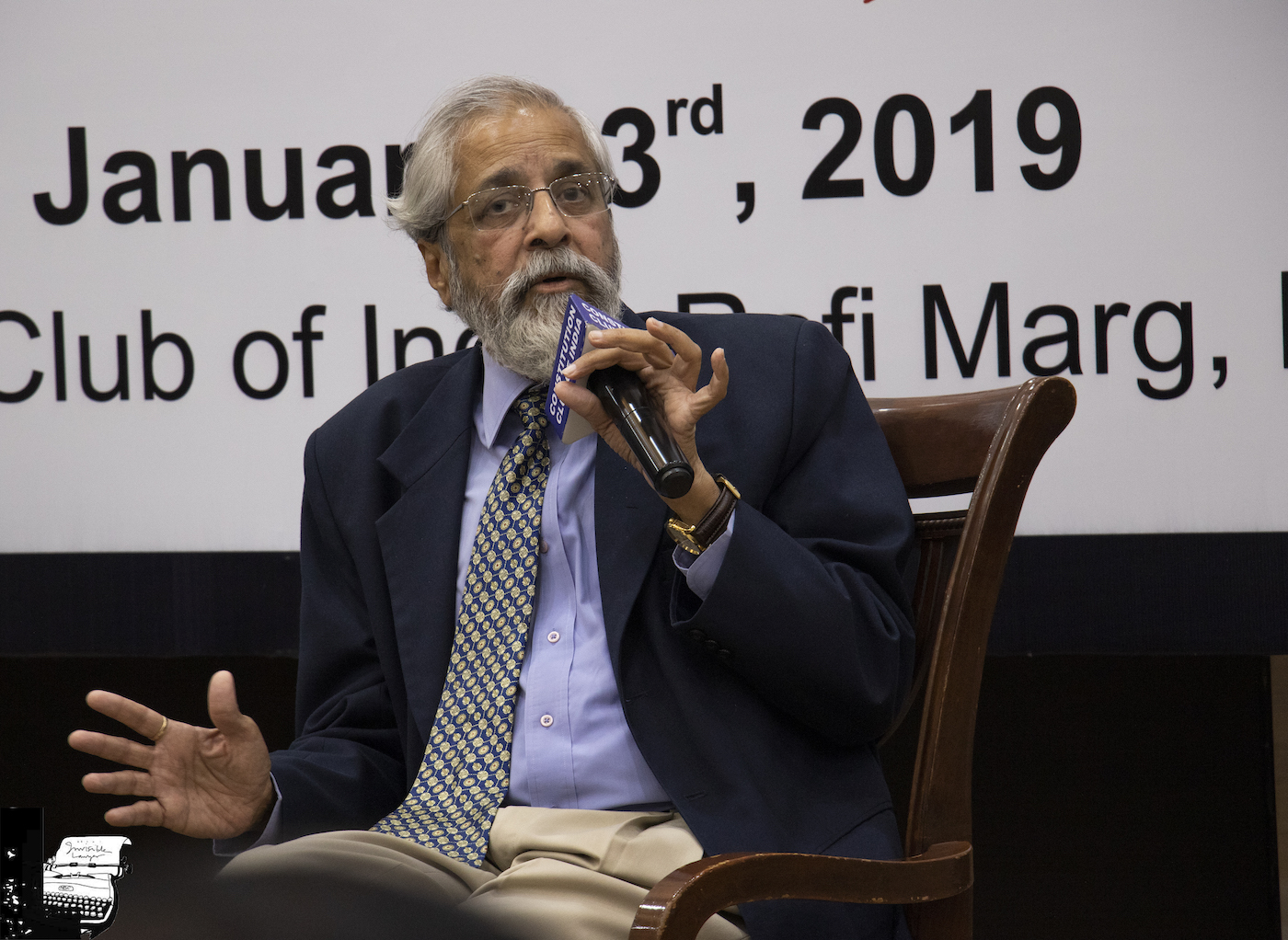 During the time he was in the Supreme Court, he continued his contribution to multiple areas of administration of justice, most of which are well documented. I have not seen any judge who has drawn and not crossed the fine line between familiarity outside Court and the conduct inside it as Justice Lokur.

[dropcap]W[/dropcap]HAT do I say about a Judge who retired a month back and people have through their writings already archived him, his contribution, his demeanour and his persona! After having read quite a few of them, which cover a large part of his contribution, here is a latecomer’s account of a judge who chose not to remain just a judge.

My experience of working with Justice Madan B Lokur began in 2009 when he was a judge in the Delhi High Court; even though I had known of him from the time he was a Central Government Standing Counsel in the High Court. In a pending petition relating to cases of incest, the High Court had ordered the Delhi Commission for Women to hold a consultation to explore strategies. Justice Lokur was nominated by the then Chief Justice A P Shah to preside over one of the sessions.

Following the session and a brief discussion with him, the Commission through me (I was the advocate for the Commission at the time) proposed that we undertake a research to understand the manner in which cases of rape were conducted in the Courts of Delhi. It is during the course of this research that my regular engagement with Justice Lokur began.

Also read: Justice Madan B Lokur (Retd.) in conversation with Rajdeep Sardesai at The Leaflet’s ‘State of the Indian Judiciary’ programme on January 23, 2019

I realised in that time the staggering task of the conduct of the research was nothing as compared to the task of meeting the standards set by Justice Lokur.  Since he was interested in hearing the progress on our research and was not satisfied by mere status reports, my research team and I became regular visitors to his already busy, tiny chamber in the Delhi High Court after court hours. While waiting for innumerable meetings that took place in this time, I got an insight into the Judge he is.

We learnt that the ‘after court meetings’ on myriad aspects that Justice Lokur was involved with, was a daily affair which he tirelessly conducted much to the misfortune of his poor staff. Personally, I had witnessed an assortment of these meetings: meetings with other judges, judges from the District Courts, members of the child welfare committees, members of the juvenile justice boards, lawyers conducting cases through legal aid, lawyers part of the mediation centre, amidst which he would correct orders passed during the day while instructing his law clerk about other things he wanted done.

Justice Madan B Lokur with senior journalist Rajdeep Sardesai at The Leaflet’s ‘State of the Indian Judiciary’ programme on January 23, 2019.

He was fresh, alert, totally focused, demanding results and updates in all the meetings. Deadlines not met were pleasantly reminded with a firmness one could not miss or mess!! The meetings were open, suggestions taken from others present in the room and the message was clear. He wanted results. Results that matter, and made a tangible difference.

I still remember once when he and Justice Manmohan actually sat and interviewed lawyers who would be empanelled for the Delhi Legal Services Committee (a practice he duplicated when he took charge of the Supreme Court Legal Services Committee). I also remember his shock when he discovered racks of income tax appeals “stored safely” in the High Court, thus ensuring that they never got heard after getting the initial interim stay.

I remember too that he was present on both days when I got trained as a Mediator for the Supreme Court even though he was still in the Delhi High Court at that time and in-charge of the Mediation Center for the District Courts. Not many know his role in the setting up of evening courts for the conduct of cases under section 138 of the Negotiable Instruments Act, the long hours he spent with the District Judges taking their suggestions to decrease pendency, his role in bi-furcating the Delhi Legal Services Committee into District and State legal Services Committee, his initiation of creating plea bargaining for a category of cases for the first time in India and last but not the least, his role in strengthening the Juvenile Justice System in Delhi.

These are some of the initiatives I know of, as these meetings overlapped mine. I can say with certainty that there were many more that I do not know of, as disclosed by his staff grudgingly, he kept to this schedule every day. Pendency of cases decreased drastically in his time and I heard him converse with another judge just before he went on to assume office in Gauhati as Chief Justice, that if the cases were managed in the same pace, within two years, there would be lack of work for lawyers in the District Courts.

Friends from the Northeast and Andhra Pradesh vouch that he continued with the same zest there too. In the north-east, child rights groups have lost track of the number of child care homes he visited in the region, perhaps the only Chief Justice to have taken this initiative in addition to ensuring that he visited almost every part of the region.

Not many remember that he was superseded when he was the Chief Justice in the Gauhati High Court and transferred to the High Court of Andhra Pradesh as Chief Justice. He did not assume that office with the natural human bitterness one experiences after having been superseded; instead he continued the work zealously.

During the time he was in the Supreme Court, he continued his contribution to multiple areas of administration of justice, most of which are well documented. I have not seen any judge who has drawn and not crossed the fine line between familiarity outside Court and the conduct inside it as Justice Lokur. His Court had no favourites and he had low tolerance to slack or lack of preparation.

As he started Presiding the Bench, his frustration with the administration on lack of enforcement would become apparent. He had no qualms in making sure lawyers appearing before him bore the brunt of his scathing when something s/he did was not amenable to the Court. Soon one came to know that he had initiated the Juvenile Justice Committee in the Supreme Court and there were such Committees set up in every High Court under his guidance.

During the time when Justice Dattu was the Chief Justice of India, he set up the Social Justice Bench and the Bench comprised of Justice Lokur and Justice Lalit. The Bench unfortunately did not continue after Justice Dattu retired and the cases were scattered all over. Some of them came back to be marked to Justice Lokur’s bench subsequently but not as a social justice Bench but as part of his regular Bench.

In this time, I have conducted and appeared before him in a few cases which have brought in path breaking changes. Some of the cases that I can mention here relate to acid violence, conditions of abandoned widows in the country, management of the child care institutions across the country, creating mechanisms for dealing with circulation of child sexual abuse material and rape and gang rape videos, creation of a specialised agency to deal with trafficking. All these orders came after multiple hearings over many years, during which the records were painstakingly reviewed and after ample opportunities for compliance were granted to the Government.

Inspite of his meticulousness, caution and restraint to a fault, there was serious criticism he faced when he passed orders directing the CBI to take action against certain armed forces officers and the police in Manipur. I happened to be present in the Court when the Attorney General supported the plea asking Justice Lokur to recuse himself. This argument was preceded by scurrilous news reports about how his comments were “demoralising” the Executive.

I have had many painful moments in my law practice when I have been shocked and shattered by the consequence of an order passed. None of those matched the hurt I saw on Justice Lokur that day.

It is not as if one always agreed with the manner in which Justice Lokur dealt with the cases. On many occasions, even when I was an Amicus, it would be frustrating to see the Court being easy on the Government despite glaring documentation indicating inaction. It was even more frustrating for me personally as the Judge was Justice Lokur!

I have also suffered his restraint in passing orders as he exercised a lot of caution and granted multiple opportunities before actually passing an order which would be in the nature of a directive. On hindsight, I now believe that the restraint and the caution were to ensure actual compliance instead of a paper order that would attract headlines but remain meaningless for the intended beneficiaries.

He said in a recent discussion organised by The Leaflet, that the judgement he gave in the Vrindavan widows case was his most satisfying. I had the privilege of appearing in the case and a quotation from that judgement well articulates his philosophy.

“The advantage of public interest litigation is not only to empower the economically weaker sections of society but also to empower those suffering from social disabilities that may not necessarily of their making.”

Aparna Bhat is an advocate practising in the Supreme Court of India.