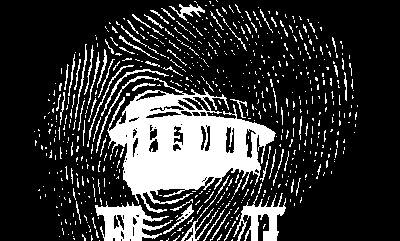 Translating Aadhaar into constitutional claims: Looking back at the Supreme Court hearing

[dropcap]W[/dropcap] hen in August 2015 the three judge bench — consisting of Justices Jasti Chelameswar, S A Bobde, and C Nagappan — referred the pending matters challenging the Aadhaar project to the Constitution Bench, it was not apprehended that the hearing would be the second longest hearing in the history of the Supreme Court of India. This reference of the case of K S Puttaswamy v Union of India, yielded in the formation of a constitution bench in January 2018 almost 17 months later. The Supreme Court’s endeavour to patiently hear every advocate in a list of 31 tagged matters (see table) lasted over a period of four months on in-depth analysis of issues ranging from understanding the technology, interpretation of the fundamental rights, the claims of aggregate savings in dispersal of subsidies due to Aadhaar, and the exclusions related to failure in Aadhaar authentications.

The legal arguments aside, the hearing of this case saw a consistent human sense of fear stringing through all the petitioners who had grievances against the establishment of the Aadhaar project. This fear of being reduced to mere numbers, of not being asked for their consent, or of living in a surveillance state — ultimately culminated in their legal challenges premised not only on unreasonable restriction on their personal life and dignity, but also violation of their right to equality, and several freedoms enshrined under the Constitution.

If a Constitution Bench hearing is not poetic, is it even complete?

The literary value of a Constitution Bench hearing in the Supreme Court of India is not so frequently spoken of. When constitutional arguments are mixed with poetry and prose, teeming with historical references, it is inspiring to watch the proceedings progress, and see the literary creativity of the advocates flourish in their written submissions. The advocates for the petitioners, have made references to Michel Foucault to emphasize on the power imbalance that will prevail, and hence make the individuals a tool for their own suppression. One of the references made is, “He who is subjected to a field of visibility, and who knows it, assumes responsibility for the constraints of power; he makes them play spontaneously upon himself; he inscribed in himself the power relation in which he simultaneously plays both roles; he becomes the principle of his own subjection.”

For a historical perspective on the matter, the Holocaust has been evoked as a signpost from the past when human beings are assigned numbers that are linked to their identity, and the power of a surveillance state can go to the extent of having genocidal tendencies. The Union of India, and the UIDAI’s arguments that were aimed at extinguishing this fear pointed to the difference between ‘identity’, and ‘identification’, and clarified that the Aadhaar numbers are not to alter the identity, but to facilitate the identification of an individual through the process of authentication of their biometrics.

The human dimension of this case was brought to light by focusing on the violation of the inherent dignity of an individual. This was highlighted as being the looming fear of a surveillance State that has access to an enormous amount of information centred around the identity number. The identity number, it is argued, was made seeking “voluntary” consent under the garb of a consent bartered against the receipt of their rightful subsidies and benefits, and being registered with their personal information in a system with a vague and over broad purpose.

To diffuse the fear of aggregated data leading to surveillance, the UIDAI vehemently argued that without the purpose of the authentication being recorded in the system, the fear of surveillance was unfounded, especially when coupled with the administrative as well as technical safeguards in place. Furthermore, it was argued that the purpose of Aadhaar is limited as is mentioned in the aims and objectives of the Aadhaar Act to the subsidies, benefits, and services catered from the Consolidated Fund of India.

We do owe the establishment of an explicit right to privacy in our country to Aadhaar; however, it is not the sole threshold for testing the legality of this project as is frequently portrayed. This in itself, neglects rest of the trio of Articles 14, 19, and 21 that form the golden triangle of testing the fair, just, and reasonableness of any provision and its constitutionality. Aadhaar is being argued as a restriction to certain fundamental rights of the citizen of this country, and the validity of this restriction is dependent on it being adjudged as reasonable by this five judge bench.

The test of proportionality was brought into focus by the petitioners by claiming that Aadhaar infringed on the right to equality by being a disproportionate measure to achieve the objects of effective subsidy dispersal. This test determines that even if there is a legal basis for the restriction on fundamental rights, it further needs to be a proportionate action to meet its objective for it to satisfy the limited infringement of the fundamental right. It was challenged that Aadhaar did not showcase the “compelling State interest” in a proportional composition, as it was a policy prescription that applied to not specific circumstances but operated as a policy en-masse.

One of the more interesting developments of this test was its amalgamation with another doctrine of least intrusive alternative, alleging that the proportionality was also to be tested on the grounds if the restriction in question was the least intrusive alternative to achieve the objective. Where the petitioners vociferously argued for its inclusion as a part of the larger test on proportionality, the respondents disagreed with it.

Article 14 of the Constitution that guarantees equal protection to all before law, also incorporates a test against discriminatory classification and arbitrary restriction of fundamental rights by way of any provision of law. It was argued that Aadhaar created an untenable classification on the basis of possession or non possession of a certain proof of identity.

The violation of right to privacy by Aadhaar was based on the premise of an infringement on informational autonomy and having control over the collection, usage, and sharing of one’s own personal information. The unfettered use of Aadhaar number and demographic details by private entities under the Aadhaar Act, 2016, was argued as an infringement of such right. However, it was distinguished by the respondents that one, non consensual sharing of identity information such as demographic data or the photograph is not permitted, and second when biometric information is collected, the fingerprints and iris scans are not capable of revealing any personal or intimate information, and are used only for the purpose of identification.

The mandatory requirement of being identified through the means of Aadhaar to claim the entitled subsidies and benefits was deemed akin to requiring a license to exercise ‘fundamental rights that are inherently guaranteed to all.’ The validity of Aadhaar as a pre-condition, and as an eligibility criteria was asked to be struck down as an impediment to availing benefits that guaranteed citizens a dignified life. On the other side, with the same creative prowess, an advocate countered these claims by stating that “the Aadhaar ship has effectively three anchors that moor it to firm foundations, failing which it would float into the ocean of arbitrariness: the voluntary option of the individual to choose Aadhaar as her form of identification; the informed consent of the individual when parting with her identity information; and the condition that the expenditure on the scheme is being incurred from the Consolidated Fund of India.”

On one side, Aadhaar was portrayed as a machinery that was capable of keeping a 24/7 watch on the citizens, akin to a panopticon, and causing a chilling effect on fundamental rights, and on another, the remedy for saving resources and plugging leaks in the public subsidy and benefit dispersal system.

Money Bill or not

Apart from the debate on fundamental rights and Aadhaar, another constitutional argument that could sound the death knell for this project was the passing of the Aadhaar Act in the Parliament as a money bill. Significant questions were raised that the Aadhaar Act did not qualify under Article 110 for being a money bill. The speciality of bills under this category being that majority in both the houses of Parliament is not required to clear its passage to become a law. The petitioners argued that the grounds of this law, on the basis of which fundamental rights are being violated is illegitimate as the scope of the Aadhaar Act is far beyond accessing funds for benefits, subsidies, and services from the Consolidated Fund of India, and even permits private entities access to its infrastructure and facilities. Simply because it has a relation to dispersing funds does not make it a money bill, but would be capable of qualifying as Financial Category II Bill under Article 117 of the Constitution.

However, the respondents argued that having a substantial relation to the Consolidated Fund of India for the effective dispersal of subsidies, benefits, and services, along with appropriating funds for the operation of UIDAI, its software specifications, establishing and maintaining the CIDR, appointing Registrars, enrollers, and Requesting Entities, and Authentication Service Agencies. This functioning, which is at the core of the Aadhaar process is contingent on funds from the Consolidated Fund of India, and hence, the passing of Aadhaar Act as a money bill is completely constitutional.

The fate of Aadhaar is inevitably linked to how digital governance will be perceived in our country. It will clarify constitutional premises, expand jurisprudence, but more importantly, the judgment on Aadhaar will set the tone for the global policy considerations on understanding the importance of digital identity, a data footprint, and the role of an accountable government in this regard. It will also be an indicator of the understanding of the judges of the Apex Court in matters of data protection, and security, and the prudence required when assimilating technology with governance, while steering clear of the fundamental rights of the citizens.

The Aadhaar judgment is awaited with bated breath by the country at large, with an exorbitant amount of investment at stake for the government, along with the promise that further resources and revenue will be safeguarded by plugging in leaks; and the hope of the others that the power balance between the State and the citizens would remain intact without the State having means to create profiles of citizens from birth to death.

Footnote on a formative experience

As a young lawyer assisting Senior Advocate Anand Grover in arguing a petition challenging the Aadhaar project on the basis of its technological incompetency, it was inspiring to see the amount of time being put in by advocates in understanding the tedious technological jargon and processes to be able to effectively communicate it to the judges. Moreover, being present in the courtroom almost day after day was an internalisation of the gravity of the Aadhaar matter, and the significance of public interest lawyering.