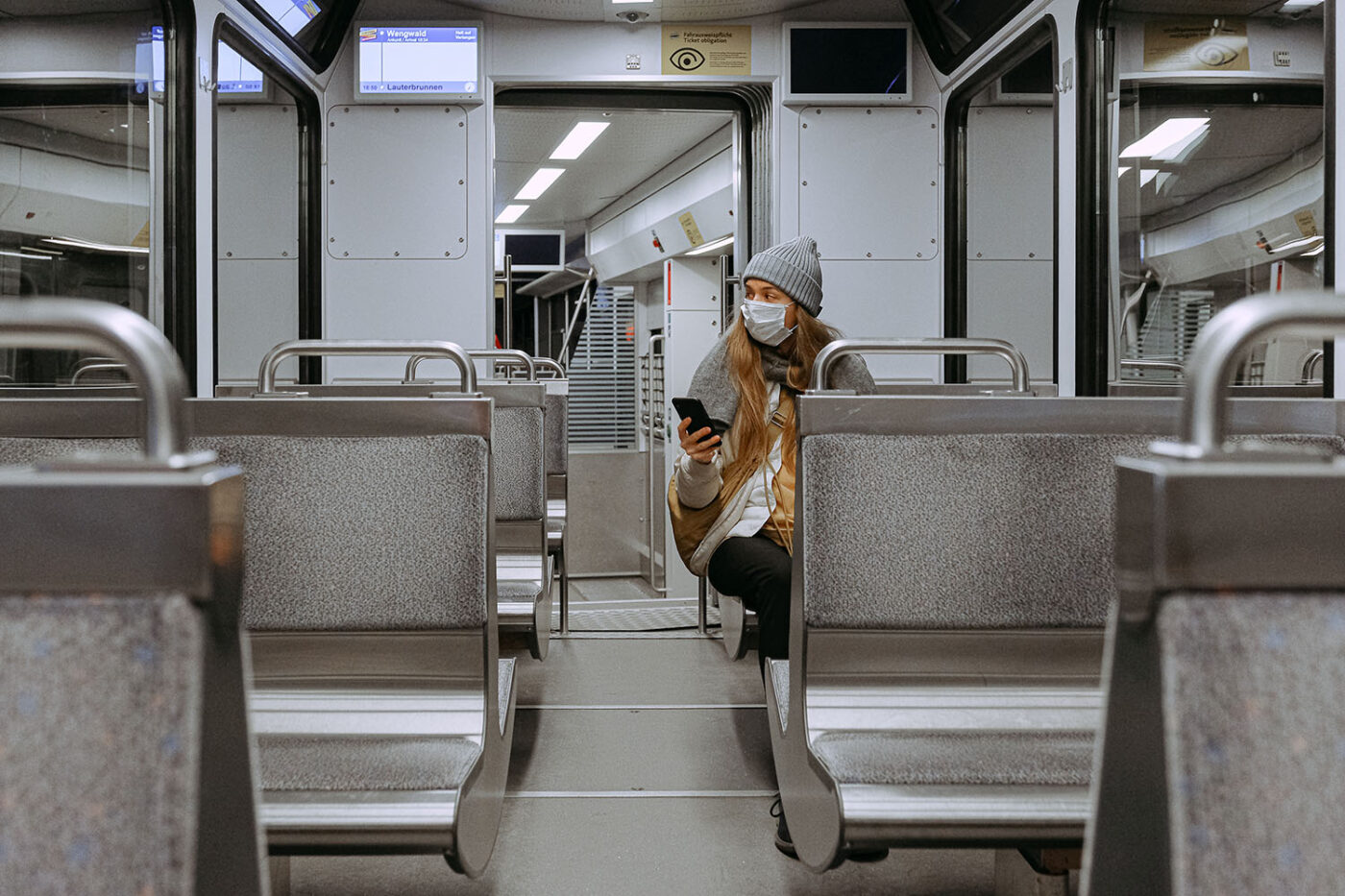 Transfer of Madras HC CJ to Meghalaya HC: Is there more to it than meets the eye?

The abrupt transfer of Madras High Court Chief Justice Sanjib Banerjee, to the Meghalaya High Court is not only controversial, but raises a host of issues, writes V.VENKATESAN

IN what is widely seen as a punitive decision, the Supreme Court Collegium disclosed on Tuesday, its September 16 recommendation to transfer Chief Justice Sanjib Banerjee from the Madras high court to the Meghalaya high court. Justice Banerjee, according to our sources, has apparently paid the price for his independent, outspoken, and unbiased style of functioning.

It is not known whether Justice Banerjee will accept the transfer to a relatively small high court, whose volume of work is comparatively negligible. Although all high courts are equal, realistically it is the senior-most judges who are appointed to big chartered high courts like that of Madras which, apart from the huge volume of cases it has to deal with, also has a strong district judiciary and the Madurai bench under its jurisdiction.

Justice Banerjee, who did not attend the court on Wednesday, is considered to adopt a no-nonsense approach to hearing cases. He made headlines when he asked why murder charges cannot be filed against the Election Commission for its failure to stop abuse of COVID protocols in election rallies by the political parties. The Supreme Court later termed these remarks harsh and inappropriate.

A bench headed by him recently found the allegation that the BJP in Puducherry accessed voter details from Aadhaar data credible. Another bench presided by him saw no objection in Tamil Nadu government forming a committee to study the impact of NEET. Yet another bench which he presided declined to entertain a public interest litigation which challenged the decision of the Hindu Religious and Charitable Endowments Department of the state government to direct temples to perform pujas in Tamil as well, instead of only in Sanskrit.

These, and other decisions, appear to have earned Justice Banerjee the image of an outspoken critic of rightwing policies, and a staunch defender of the constitutional basis for secularism. Not known to favour the Government or the status quo, Justice Banerjee’s observations during the court hearings often proved to be uncomfortable to the power elite in Delhi.

The possibility that Justice Banerjee might have earned the wrath of his colleagues on the bench in the high court against whom he initiated discrete inquiries on receipt of specific complaints cannot ruled out as a factor behind his abrupt transfer. The Leaflet, however, has not been able to verify this claim, and therefore, it may be too early to lend credence to it.

Therefore, whether the transfer can be considered as a humiliation, as happened in the case of Justice V.K. Tahilramani’s transfer from Madras high court to Meghalaya high court in 2019 during the term of the then Chief Justice of India (CJI) Ranjan Gogoi, remains to be seen. Justice Tahilramani resigned in protest against the Supreme Court Collegium’s refusal to reconsider its recommendation to transfer her.

Retired Supreme Court Judge, Justice Madan B.Lokur, had then remarked that the collegium’s transfer lacked grace and was ex facie suggestive of humiliation. He said she did well to resign.

As Justice Lokur wrote in one of his columns in 2019, transparency does not end with putting up resolutions of the collegium on the website, or not putting them up or taking them down – it begins from here, in explaining why and how the delay in divulging the transfer of Justice Banerjee happened, nearly two months after the collegium recommended it.

The Supreme Court retorted to Justice Lokur’s insinuation in 2019 thus: “Though it would not be in the interest of the institution to disclose the reasons for transfer, if found necessary, the collegium will have no hesitation in disclosing the same. Further, each of the recommendations was made after full and complete deliberations and the same were unanimously agreed upon by the collegium”.

Also read: Appointment of Judges and Judicial Reforms: Need of the hour

It may be recalled that in the aftermath of the Supreme Court’s judgment in the Second Judges’ case in 1993, a three-Judge bench considered the issue in K. Ashok Reddy vs. Government of India (1994). In this case, the bench referred to the fact that after the second Judges’ case, the then CJI had constituted a peer committee comprised of the then two senior most puisne Judges of the Supreme Court and two Chief Justices of High Courts to make suggestions for transfers, and the CJI was to make his recommendations on that basis and in accordance with the broad guidelines indicated in the second Judges’ case. There was, therefore, the bench said, no room left for any apprehension of arbitrariness or bias in the transfer of any Judge or Chief Justice of a High Court.

With the peer committee no longer in position, the Supreme Court, in the third Judges’ case, sought to ensure that the CJI consults a plurality of judges, before recommending the transfer of a Judge thus:

The majority judgment in the second Judges case requires that “the personal factors relating to the concerned Judge, and his response to the proposal, including his preference of places of transfer, should be taken into account by the Chief Justice of India before forming his final opinion objectively, on the available material, in the public interest for better administration of justice”.

“These factors, including the response of the High Court Chief Justice or puisne Judge proposed to be transferred to the proposal to transfer them, should … be placed before the collegium of the Chief Justice of India and his first four puisne Judges to be taken into account by them before reaching a final conclusion on the proposal,” the bench held in the third Judges’ case.

In regard to the justiciability of such transfers, it noted:

“Plurality of Judges in the formation of the opinion of the Chief Justice of India, as indicated, is another inbuilt check against the likelihood of arbitrariness or bias … The judicial element being decisive in transfers, as indicated, the need for further judicial review, as in other executive actions, is eliminated.”

Except on the ground of a transfer being made without the recommendation of the CJI, these matters are not justiciable on any other ground, including that of bias, which in any case is excluded by the element of plurality in the process of decision making, the bench held in the third Judges’ case.

Also read: The Etiolation of Judiciary as a Democratic Institution

Executive influence manifest in some recent controversial transfers of judges

In the case of Justice Tahilramani, the Supreme Court’s readiness to disclose the reasons, if necessary, was interpreted to mean that the disclosure was more likely to embarrass her. As the transferee judge alone can challenge the collegium’s recommendation to transfer, the Supreme Court probably thought it fit to disclose the reasons, if she challenged it. As she eventually didn’t challenge it, the court probably felt vindicated in the court of public opinion.

In 2017, Justice Jayant Patel quit as a judge of the Karnataka high court when he was transferred to the Allahabad high court, where he would have been the third senior most Judge in the hierarchy, as compared to his then No. 2 position in the Karnataka high court. When the then chief justice, Subhro Kamal Mukherjee retired on October 9, 2017, Justice Patel, had he not been transferred, would have become acting chief justice of the court.

Justice Patel, it appeared, paid the price for directing a CBI investigation into the Ishrat Jahan fake encounter case when he was the acting chief justice of the Gujarat high court. The CBI’s probe in the Ishrat Jahan case led to the arrest and chargesheeting of a large number of senior Gujarat police officers for her cold-blooded killing.

With the coming to power of a single party majority government in 2014, and with the Narendra Modi-led government at the Centre consolidating its gains in the 2019 general elections, there is an inescapable feeling that it has made the primacy of the judiciary vis-a-vis the executive in the process of appointments and transfers more imaginary than real.

Has the Supreme Court collegium been unable to safeguard its primacy in the face of executive stubbornness over appointments and transfers of judges?

Justice Tahilramani had upheld the conviction and life imprisonment of 11 accused in the post-Godhra carnage in the Bilkis Bano gang-rape case, and set aside the acquittal of seven accused, including policemen and doctors in that case. The Supreme Court transferred the case to Maharashtra from Gujarat, fearing that trial in Gujarat would not be free and fair.

The Collegium, it appeared to many, acquiesced to the Centre’s unstated insistence that she be demoted for her judgment in the Bilkis Bano case. Justice Banerjee, it appears, has had to pay the price for his forthrightness, if not anything as explicit as in the previous cases.

Article 222 of the Constitution of India makes provision for the transfer of a judge (including the Chief Justice) from one high court to another. Even though the Supreme Court’s judgment in the National Judicial Appointments Commission (NJAC) case had struck down the amendment of this provision, following the creation of the NJAC (which too was struck down in 2015), Article 222, as it stood prior to the amendment, was revived.

The initiation of the proposal for the transfer of a judge should be made by the CJI whose opinion in this regard is determinative. Consent of a judge for his first or subsequent transfer, according to the Memorandum of Procedure (MoP) would not be required. All transfers, the MoP makes it clear, are to be made in the public interest, that is, for promoting better administration of justice throughout the country.

The date of retirement of Madras high court chief justice Sanjib Banerjee is November 1, 2023. He was appointed as the CJ on January 4 this year. The date of his initial appointment is June 22, 2006. He has a fair chance of being elevated to the Supreme Court, before his retirement from the high court. His legitimate expectation might have suffered a dent because of this unfair transfer.

The collegium has recommended the transfer of Justice Munishwar Nath Bhandari from Allahabad high court to Madras high court. Justice Bhandari was transferred to Allahabad from Rajasthan high court in early 2019 in the interest of “better administration of justice”.

But the phrase “better administration of justice” is a cliche which the MoP does not elaborate on.

Some sections within the Bar claim that Justice Banerjee might have himself sought transfer, but reliable sources indicate to us that there is no basis to this claim, and that he has not been informed of the reasons for his transfer.

(V.Venkatesan is the editor of The Leaflet. He has more than three decades of experience in journalism, and has extensively reported and commented on legal issues. The views expressed are personal.)