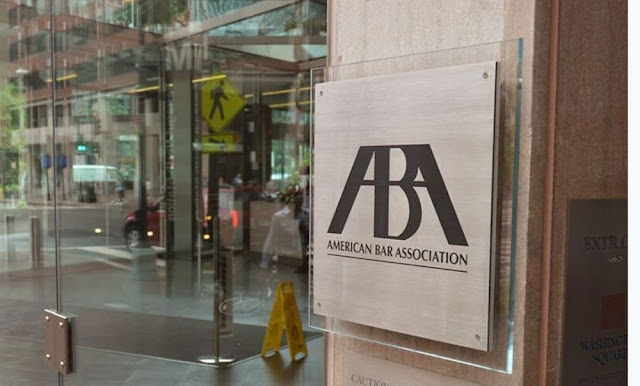 RAJIV SHAH summarizes the most damning findings and takeaways from the report titled ‘Challenges for Dalits in South Asia’s Legal Community’ published by the American Bar Association’s Center for Human Rights regarding the prejudice Dalit judges face in elevation to the high courts and the Supreme Court, and the discrimination and lack of institutional support that confronts Dalit lawyers.

A high profile report prepared by the influential American Bar Association’s (ABA) Center for Human Rights, taking note of the fact that “in the 70-year history of the Indian Republic, only six Dalit judges have been appointed to the Supreme Court”, has taken strong exception to what it calls “lack of representation of Dalits” in the legal profession and the judiciary.

Titled ‘Challenges for Dalits in South Asia’s Legal Community’, prepared by legal scholars Anurag Bhaskar and Neil Modi, based on 74 interviews, out of which 32 respondents belong to the Dalit community, three are Adivasis, four belong to Other Backward Classes, three are Muslims, and 32 others are non-Dalits, the report, published this month, quotes a respondent as noting that “the credibility of an institution such as the Supreme Court cannot flourish in a constitutional democracy if its marginalized communities do not explicitly express their trust in the institution.”

Referring to authoritative sources –reports by the Kariya Munda Committee, a parliamentary committee on the welfare of Scheduled Castes and Scheduled Tribes (2000); the National Commission to Review the Working of the Constitution, chaired by Justice M.N. Venkatachaliah (2002); the Parliamentary Standing Committee under the chairmanship of Dr E.M. Sudarsana Natchiappan (2006); and the National Commission for Scheduled Castes (2016) — the report says that as of 2011, there were only 24 judges belonging to Scheduled Caste (SC)/Scheduled Tribe (ST) against a total of 850 judges in all the 21 High Courts. It further laments that today, while only two of the 33 Supreme Court judges are Dalit, “[p]ublic data [regarding proportion of SC/ST judges] for High Courts and lower district judiciary could not be found.”

Prejudice in appointment to higher judiciary

Quoting sitting and retired High Court upper caste judges on the “persistence of implicit biases of upper-caste judges toward their colleagues from the Dalit community”, the report cites one of them as stating how during his tenure as the Chief Justice in a High Court, “he faced resistance from his upper-caste colleagues whenever he considered a Dalit lawyer for appointment as a judge in that High Court.”

Quoting a retired upper caste Supreme Court judge, the report: “Since Dalit judges in the lower judiciary get appointed through reservations/quotas, there is a bias against them in the higher judiciary that they are less meritorious, and thus do not get promoted easily”, adding, “This judge believed that reservations impact Dalit candidates negatively.”

According to the report, “[a]nother retired Supreme Court judge, who was part of the Supreme Court collegium for about two years in the past decade, said that the main parameters for considering elevation were maintaining state-wide representation of High Court judges and their seniority at all levels. He added, as there were no Dalit judges with seniority in High Courts during his time on the bench, the issue of ensuring representation of Dalits in the Supreme Court was not discussed as part of the collegium.”

It quotes a former additional Solicitor General for India as sharing the same sentiment: “The fact that in the 70 years of its existence, the Supreme Court of India has seen only eight women judges and one Dalit Chief Justice is testament to the reality that the composition of our judiciary is not represented by the Dalit population.”

The report quotes another senior advocate and former Solicitor General for India as claiming that the situation “has drastically changed since the 1980s, and today “we see a substantial increase in the number of lawyers hailing from the Dalit community.” However, he also regrets that the members of the Dalit and Adivasi communities have not received adequate representation “since no systemic inclusionary arrangements were institutionalized.”

Citing three sitting High Court judges from upper castes, who “admitted that in lower courts caste can play a role in getting clients”, the report notes, “Often, some lawyers from the Dalit community hide their identity to get cases”, a fact “corroborated by another respondent from the Dalit community who shared that one of his relatives had changed his surname to a Brahmin surname in order to get clients.”

Pointing out that “since Dalits are one of the most disadvantaged social groups, they face barriers in access to quality legal education”, the report says, “A former Chief Justice of India remarked that most Dalit lawyers during his time did not study in English-medium schools; as a result, they were restricted to practicing in the lower courts as the higher courts require advanced proficiency in English … Because the medium of instruction in High Courts and the Supreme Court is English, many lawyers from the Dalit community did not have the option to start their practice before these constitutional courts.”

Difficulties faced by the Dalit community in the legal profession do not end here, says the report, pointing out that the bar associations in India have “historically been dominated by upper-caste males”. “A review of the profiles of current office holders and other officers of the Bar Council of India (BCI) suggests that it is comprised mainly of individuals from upper-caste backgrounds. Any scheme of the BCI or any bar association supporting Dalit lawyers in initial years could not be found.”

As a result of the “discrimination”, the report says, “Young Dalit lawyers lack access to equal opportunities in the legal sector, they are left with only limited options, leading them to create their own grassroots organizations advocating the Dalit community’s rights.” Worse, “lawyers from the Dalit/Adivasi community working on human rights cases at the grassroots level are being branded as Maoists or Naxalite in order to make them fall in line with the state administration.”

Also read: Anand Teltumbde’s letter to the people of India before his imminent arrest

Insensitivity towards cases of SC/ST atrocities

While there have been efforts to promote capacity of Dalit lawyers through organizations such as the National Campaign for Dalit Human Rights and the National Dalit Movement for Justice, which have been working “with the criminal justice administration systems to address the issues of access to justice for those affected by atrocities and violence”, the report rues that “[m]ost of the public prosecutors at district levels neither have knowledge of atrocities law nor are they sensitive towards the background of victims.”

Referring to cases relating to atrocities against SCs and STs, the report quotes a Dalit lawyer practicing in the Supreme Court for more than a decade as stating that “quite often, he would experience differences in the approaches adopted by senior advocates in handling cases related to Dalits.”

In one such instance, “three Supreme Court judges, who were considered liberal in their outlook, stopped him from making his submissions in cases of atrocities and affirmative action.” In another instance he was “stopped by the judge to read the facts in an atrocities case.”

This article was first published on Counterview.