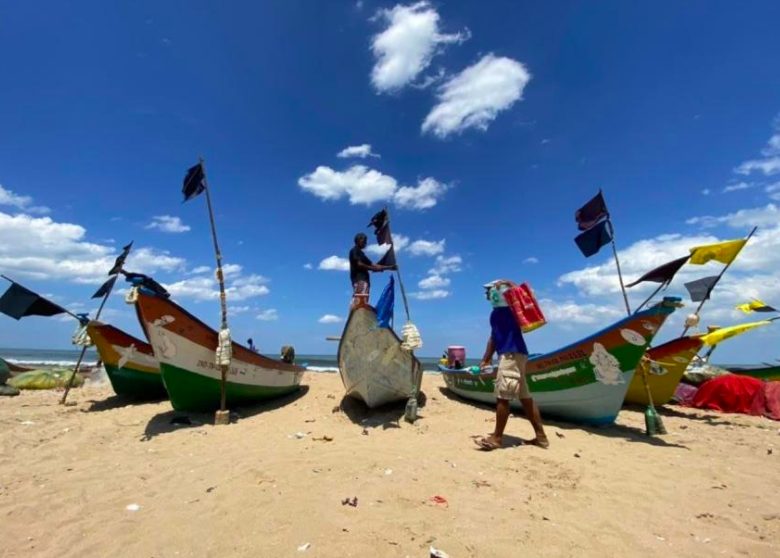 The Indian Marine Fisheries Bill, 2021, has set off a wave of protests across Tamil Nadu. On July 19, the fishing community hoisted black flags in their boats to register their opposition to the Bill, and another round of state-wide protests is happening on Thursday.

The fishing community is demanding that the Union government set aside the Bill, as it has provisions that they allege are loaded against traditional fishermen, while more decision-making powers have been vested with the Centre.

The Bill mandates the fishermen to obtain licences before venturing into the sea, which has been termed “unviable” by the community.

Soon after the fishing community voiced their opposition, many people’s representatives and chief minister M K Stalin wrote to the Prime Minister demanding that the Bill should not be introduced in Parliament. The Monsoon  session of Parliament began on July 19.

The Tamil Nadu Fish Workers Federation, affiliated to the Centre of Indian Trade Unions (CITU), has called for a state-wide black flag protest on Thursday, seeking the withdrawal of the Bill.

The fishermen unions have opposed the compulsory licence provision in the Bill proposed by the Bharatiya Janata Party (BJP) government, for fishing in exclusive economic zones (EEZ) and the high seas.

“The present provisions permit the fishermen to fish in the territorial sea (TS) and the EEZ, while the new Bill insists on a licence to fish in the EEZ and high seas, restricting small and artisanal fishermen,” said S Anthony, general secretary of the union.

Any registered fishing vessel under the Merchant Shipping Act, 1958, has to obtain the licence for fishing and fishing-related activity in the TS and EEZ, as per the Bill.

“Though marine resources are high in TS up to 12 nautical miles, the routine of the fishermen following the fish on to the EEZ will become a punishable offence, as per the Bill”, Anthony said.

Several fishermen unions held protests earlier this week against the Bill being brought by the Centre. They also demanded that the state government should register its opposition to the Bill, after which the government responded by writing to the Prime Minister. 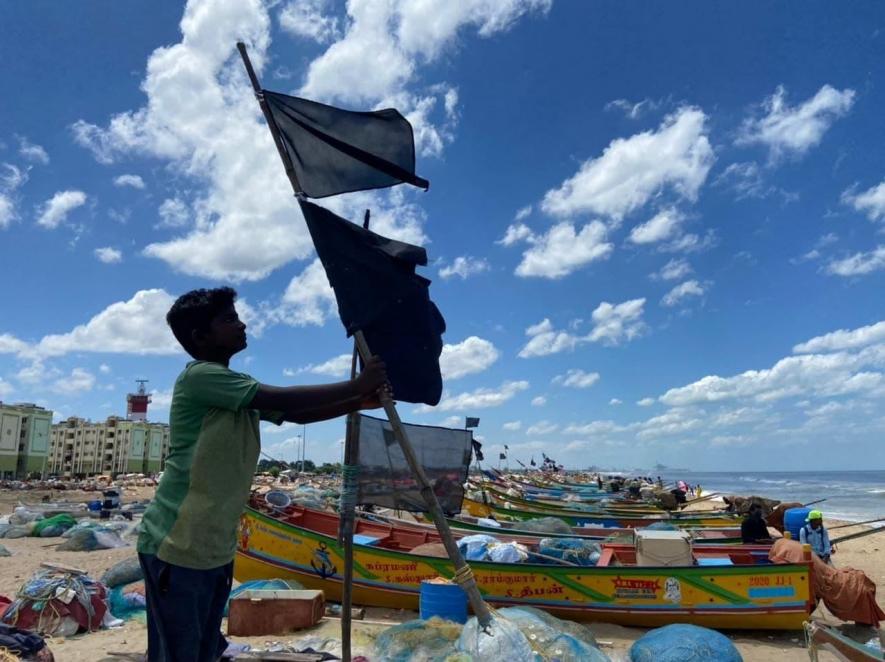 ‘BILL WILL DRIVE OUT FISHERMEN FROM SEA’

“The definition itself is wrong”, Anthony said, adding that ‘there are mechanised fishing boats, mechanised and non-mechanised traditional crafts in this category, with different needs. A blanket definition will not work”, he added

The proposed Bill has put forward a system of monitoring, control and surveillance to support the development and management of fisheries activities.

“The government says such a mechanism is required to ensure the safety and security of fishers and fishing vessels. But, with the provisions stacked against traditional fishermen, how is the government going to regulate and control”? Anthony said.

The Bill also proposes provisions for cancelling or suspending licences, penalties and confiscation of vessels for violation of licence conditions. The provision to refuse a licence for fishing vessels or a class or category of fishing vessels is also “inappropriate”, says the community.

“Such provisions of the Bill are unacceptable and will deal a severe blow to the community. The power to penalise, suspend or cancel the licence will also badly affect the fishing community”, he added.

‘ALL POWER TO THE CENTRE’

The concentration of power with the Union government has also raised a red flag. From the power to fix licence fee to procedure for an appeal to an appellate authority, the say of the state government would be too little, as per the proposed Bill.

Chief Minister M K Stalin said the Bill infringed upon the rights of states. “Many provisions in the proposed Bill go against the interests of the local fishermen communities and certain clauses infringe upon the rights conferred to the states under the state list of the 7th Schedule of the Constitution of India ”, he said in this letter to the PM.

“The BJP government has ensured that the power to decide ‘no fishing’ zone and spatial and temporal closures of areas, are brought under its control. It seems that the BJP government at the Centre wants all the power with it, threatening the federal structure,” Anthony said.

The extraordinary powers vested with an authorised officer and his/her protection of from any legal proceedings for ‘action taken in good faith’, “could lead to gross misuse of power”, he added.

Though the Bill bans foreign vessels from fishing in EEZs, the provisions to permit surveys, scientific research or investigations, including experimental fishing in maritime zones, have been flagged by fishermen unions.

“The provisions, along with permission for recreational fishing or fishing, are not in the interest of the fishing community. The probability of violations are very high”, R Loganathan, general secretary of Chennai Chengai Fish Workers Union, said.

‘STATE WILL LOSE REVENUE AND FOREX’

The 608 fishing villages across 13 districts in Tamil Nadu contribute to the state revenue and foreign exchange. The 1.9 lakh square kilometers of EEZ area remains the prime area for fishing.

“With restrictions on licencing and penalty for violating the policies, the traditional fishermen could be driven away from the sea with private and huge corporate players occupying their place and snatching away the financial wealth of the country”, Loganathan feared.