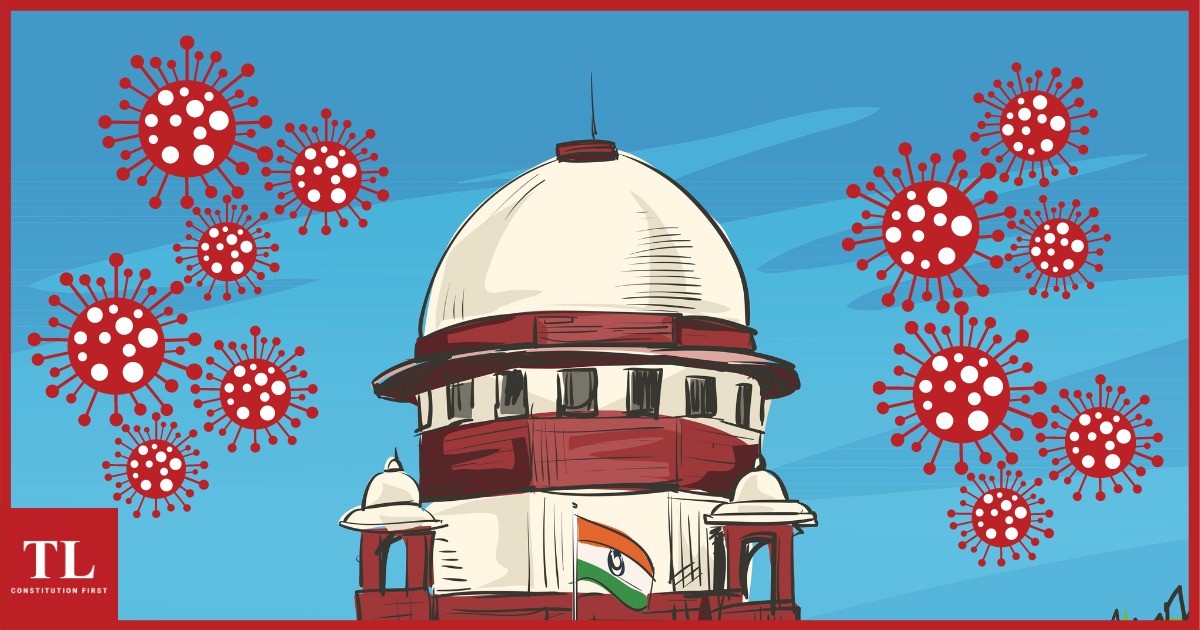 A vacation bench of the Supreme Court has within five days stayed as many as three high court orders relating to the Covid19 pandemic. Of the three, two decisions were delivered by the Allahabad High Court and the third by the Rajasthan High Court.

It may be recalled on April 20, a Supreme Court bench led by the then CJI SA Bobde stayed an Allahabad High Court’s order imposing a lockdown in Prayagraj, Lucknow, Varanasi, Kanpur Nagar and Gorakhpur. The bench gave no reasons for the ad-interim stay of the high court order. Ironically, a few days thereafter a Supreme Court bench led by Justice DY Chandrachud suggested that states consider imposing a lockdown to curb the second wave of the virus in the interest of public welfare. And currently, a partial lockdown is in force in Uttar Pradesh.

On May 21, the Supreme Court vacation bench comprising Justices Vineet Saran and BR Gavai stayed the Allahabad High Court’s order directing the state government to ensure every B and C grade town in the state be provided with at least 20 ambulances and every village with at least two ambulances with intensive care facilities.

The high court had said the ambulances should be made available within one month.

The high court also asked the government why it was not trying to manufacture the vaccine on a large scale.

In its order, the high court remarked that the medical system in Uttar Pradesh’s smaller cities and villages appeared to be at the mercy of God or ‘Ram Bharose’.

The high court’s “Ram Bharose” comment came to be made after it found that a dead body of a Covid19 patient who was admitted to the Medical College in Meerut was marked as unidentified, packed in a bag and disposed of.

In addition, the high court asked the government to check the viability of requiring big medical companies to manufacture vaccines after taking formula from just any of the vaccine manufacturers in the world and starting production.

Interestingly, except for asking to ensure every B and C grade town in the state be provided with at least 20 ambulances and every village with at least two ambulances with intensive care facilities, the other part of the order that the  Solicitor General argued did not form part of “directions”. They were quite clearly suggestions that the high court had asked the state to look into.

Referring to the “Ram Bharose” remark, the Solicitor General said it had the effect of creating panic among citizens and demoralising the spirit of doctors and paramedical staff who were working day and night, trying their best to take full care of the rising number of corona patients.

The Supreme Court said it found force in Solicitor General’s submission, but it failed to notice the context in which it was made. The high court’s “Ram Bharose” comment came about after an inquiry found that the dead body of a Covid19 patient who was admitted to the Medical College in Meerut was marked as unidentified, packed in a bag, and disposed of. The remark was not unfounded. It was based on a real horrific incident that had taken place in a medical college in one of UP’s major cities. The high court’s order was nevertheless stayed and senior advocate Nidhesh Gupta was appointed as amicus curiae.

Covid19 as a ground for anticipatory bail order stayed

The same vacation bench on May 26, stayed another order of the Allahabad High Court that held that the apprehension of death on account of the Covid19 pandemic was a ground to grant anticipatory bail to an accused.

The bench, however, refused to cancel the anticipatory bail granted specifically to the accused, Prateek Jain, involved in alleged forgery, cheating, and fraud but made it clear that if he did not appear on the next date of hearing, it would consider cancelling his bail.

The Solicitor General said there was a larger issue at stake, as various directions had been issued by the high court concerning the grant of bail in the present Covid situation.

The high court’s reasoned order was premised on well-settled jurisprudence that undertrials have the right to life under Article 21of the Constitution. It relied on the Supreme Court’s decision in the Siddique Kappan case in which it held that the fundamental right to life unconditionally embraces even an undertrial.

It also relied upon the apex court’s decision in the suo motu case to decongest jails. The high court observed that the state had not given any assurance to the accused persons who were in jail and could be sent to jail or of protection from contracting the coronavirus.

In another appeal, this time not by the government but by the high court against a decision of one of its own single judge bench, the Supreme Court on May 25, stayed a high court order restraining the police till July 17 from arresting accused in offences carrying a maximum three years imprisonment due to the Covid19 situation. Again, the Supreme Court gave no reasons for staying the order.

The high court had said if a person, who was arrested and produced before the magistrate and thereafter, sent to jail, turned out to be an asymptomatic carrier of Covid-19, the inmates would be put at risk.

The high court said it was alive to the fact that in cognisable and non-bailable offences, the police had the right to arrest the accused, but to do so in cases where under the present circumstances imprisonment extended to up to three years and was triable by a First Class Magistrate, it would prove to be counter-productive. It also said the police, which was involved in the more important task of enforcing a lockdown, could be directed not to arrest the accused and others like him till July 17, 2021.

The high court had passed the order after the Rajasthan government’s advocate agreed with the court’s suggestion not to arrest accused in offences carrying a maximum three year prison term. Surprisingly, the high court, on the administrative side, chose to appeal against the order.

While the high courts have been passing reasoned orders given the extraordinary circumstances due to Covid19, they are being stayed by the Supreme Court in one stroke. This will not only demoralise judges but also will undermine the authority of the high court, which are also constitutional courts.

(Paras Nath Singh is a lawyer based in Delhi. Views expressed are personal.)