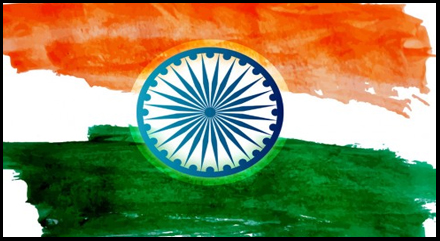 Thoughts on Independence Day: My family had home in Karachi, will I too be asked to go back to Pakistan?

[dropcap]I[/dropcap] too am one of Midnight’s Children.

Having been born before Independence, memories of Partition are alive in my mind, and so are the stories we had heard from our parents who migrated to the new-born Indian nation-state as refugees from what overnight became Pakistan.

We are the children of refugees.

I remember vividly my home in Karachi, now in Pakistan, and have often longed for the home of my childhood.

Here in India, I have at times felt stateless. States are organised on linguistic lines and we Sindhis have no state to call our own (at least judging from the same parameter, language).

Having no linguistic state, while being a limitation, is also deeply liberating. It tells me that allegiance, a sense of belonging, that feeling at the core of our very souls — that does not come from Statehood and Language alone.

It has been often said that the 21st century is the Century of Refugees. Refugees of displacement due to so-called development, refugees of religious hatred, of political rejection forced to seek asylum, the prisoners of conscience, of “illegal immigrations” across tyrannical, inhumane borders, refugees escaping terrorist and military regimes, climate and disaster refugees. The list just goes on and on.

My life has been a long struggle (some would say battle) in the court of law, but sometimes when I hear our ruling politicians say, “Muslims must go back to Pakistan where they came from“ — I wonder if I too will be asked to “go back home”,since I too once came from across the border.

And then I realise: But I was born a Hindu. So where is my home?  Will I too be asked to “go back home”, or will I be spared because my parents were Hindu refugees who migrated to India in the wake of Partition?

It is now for the fist time in 73 years that I am made to remember by Hindu origins from across the border.

But there is no comfort in it, only pain for the Republic of India, which is in danger of losing its secular foundational principles, its birth-pangs of great ideals, of pluralism and inter-faith harmony.

Will I be happy in a Hindu Republic? No. I will be forever living with an “enemy” or the “Other”—constructed by law not by life.

Law is not meant to construct identity; it is meant to respect identity.

At age 73, the age of the Indian Republic, I can only offer a defence of the secular Constitution of India with my own experience of having lived a moderately happy life … until now.