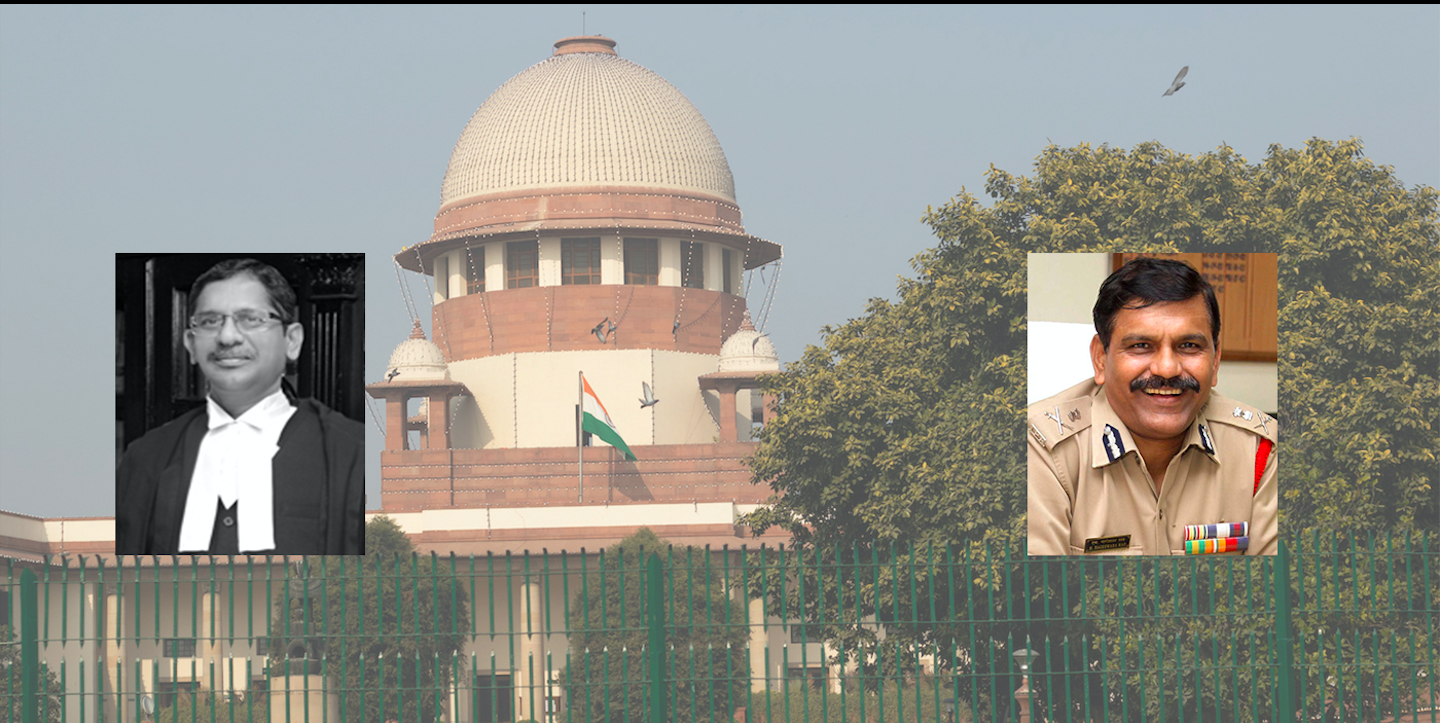 [dropcap]I[/dropcap]N a series of recusals from hearing a Public Interest Litigation (PIL) filed by NGO Common Cause and RTI activist Anjali Bharadwaj challenging the appointment of M Nageswara Rao as interim director CBI, Justice N V Ramana has become third judge in a row after CJI Ranjan Gogoi and Justice A K Sikri, who recused himself from hearing the said PIL. Justice Ramana said “he knows Nageshwar Rao personally and therefore would not like to hear this matter”. The PIL was listed before a three-judge bench comprising Justices N V Ramana, Mohan M Shantanagoudar and Indira Banerjee.

On January 24, 2019, Justice A K Sikri, the senior-most judge of the Supreme Court, had recused himself from hearing the said petition. It may be noted that he was part of the High Powered Committee who took the decision to transfer Alok Kumar Verma from the office of Director CBI. Matter had reached before the Justice Sikri’s court after the recusal of the CJI Ranjan Gogoi from hearing the case on January 21, 2019.

Background of the Petition

The NGO Common Cause and noted RTI activist Anjali Bharadwaj have approached the Supreme Court of India seeking quashing of the appointment of IPS officer M Nageswara Rao as the interim Director CBI. Rao was given charge of the office of the Director CBI by an order dated January 10, 2019 issued by the Appointment Committee of the Cabinet. The said order came to be issued after transfer of Alok Kumar Verma from the office of the Director by the High Powered Committee (HPC) comprising the Prime Minister Narendra Modi, the Leader of single largest opposition party in Lok Sabha Mallikarjuna Kharge and Justice A K Sikri. The HPC, by a vote of 2:1, decided to transfer Alok Verma, out of the CBI. Mallikarjuna Kharge had dissented with the majority decision.

The Petitioners, through advocate Prashant Bhushan, have alleged that the appointment of Rao as interim Director is illegal, arbitrary,​ mala fide and in violation of the provisions of the Delhi Special Police Establishment Act, 1946 (DSPE Act) and the judgment dated January 8, 2019 of the Supreme Court in Alok Kumar Verma v. Union of India wherein the court had quashed the appointment of M Nageswara Rao as the interim Director CBI, along with the orders of the DoPT and CVC divesting Alok Verma of his powers and functions as CBI Director.

The Petitioners have contended that the order dated January 10, 2019 states that the Appointment Committee of the Cabinet has approved the appointment of M Nageswara Rao “as per the earlier arrangement”. However, this earlier arrangement i.e. Order dated October 23, 2018 making Nageswara Rao interim CBI Director, had been quashed by the Supreme Court vide order dated January 8, 2019 as it was made in violation of the procedure for appointment of CBI Director as defined in the DSPE Act.

However, the government still invoked its earlier order which had been quashed, to once again make Nageswara Rao Interim Director of the CBI even though it is not the competent authority and does not have any powers to make the appointment, without following the due process laid down in the DSPE Act i.e. appointment based on recommendations made by the high powered selection committee.

Lack of transparency in the appointment process

One of the Petitioners, Anjali Bhardwaj, has also drawn the attention of the Court to her RTI applications seeking information about meetings of the selection committee, including the date of meetings, copy of agenda of meetings, copy of minutes of meetings and details of persons who attended each meeting; details of any process adopted by the government to short-list candidates for consideration by the selection committee and a copy of any short-list prepared; and details of any committee set up to prepare such a short-list, since no such information had been proactively disclosed anywhere by the government.