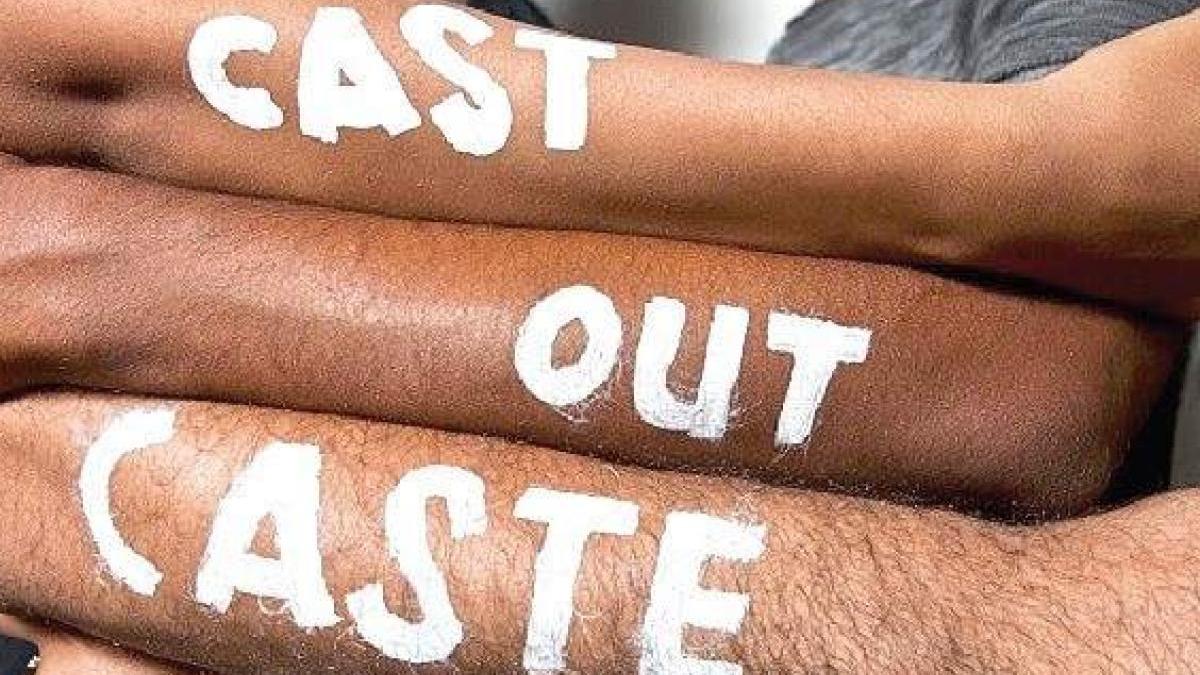 They Don’t Want us to Sing our Songs, Read our Poems

ON June 30, 2021, the superintendent of Taloja Prison, Kaustubh Kurlekar, wrote to Mumbai City, Civil and Sessions Court, complaining against one of its prisoners, Ramesh Gaichor. Gaichor, one of the 16 political prisoners arrested in the Elgar Parishad-Bhima Koregaon case, had written a poem as a tribute to Vira Sathidar, a committed anti-caste activist and an Ambedkarite, who died of COVID-19 in April 2021.

According to Kurlekar’s letter, the first two pages of the poem are “objectionable”. “Police Commissioner, Special Inspector General of Police, Nagpur, has privately told this office that the poem carries objectionable content,” the letter reads. “If the poem is circulated through the media, the chances of the state’s and jail administration’s image being sullied can’t be denied. By trying to publish this poem, this office believes that Gaichor is trying to defame the administration.”

The letter further states that under rules 17 and 20 of Facilities to Prisoners, Gaichor has been admonished for the poem concerned.

Gaichor’s sister, Pranali Parab, who made the poem available to this reporter, wondered how the commissioner in Nagpur read it. “It has been with me for a few days,” she said. “I have not posted it anywhere on social media either.”

On August 11, 2021, Gaichor wrote to the chief justice of Bombay High Court, asking for action against Kurlekar under “contempt of court”, citing a judgement of the Bombay High Court from the 1980s. In the case of Madhukar Bhagwan Jambhale v/s state of Maharashtra, Gaichor notes, the order clearly states, “The restrictions imposed on the prisoners to be valid must have relevance either to the maintenance of internal order and discipline in the precincts of the Jail or prevention of escape of the prisoner or prevention of transmission of coded message or messages which have the potentiality or tendency to give rise to disturbance of public order or inspiring commission of any illegal activity or offence or reasons of a like nature. Barring such restrictions we see no reason why the prisoner should be prevented from writing letters containing matters referred to in rule 20.”

The judgement further goes on to say, “By reason of the conviction and being lodged in jail, the prisoner does not lose his political right or rights to express views on political matters, so long as such views propagated by the prisoner through letters do not have the potency of inciting violence or is likely to adversely affect maintenance of law and order or public order.” And it concludes, “In the result rules 20 and 17 (ix) of the said Rules are struck down as violation of Articles 19(1)(a) and 21 of the Constitution.”

Gaichor’s contempt notice stresses the fact that Kurlekar has invoked a rule that the High Court has struck down to serve notice on his poem, and therefore, it amounts to “contempt of court”. “I wrote the poem as a tribute to Vira Sathidar,” the notice reads. “He was a committed activist who worked for the constitutional values that Babasaheb Ambedkar believed in. He was like a mentor to me. And the news of his death was unsettling. The poem was an outlet of that grief. The superintendent has disturbed my mental health by claiming it is a Naxali poem.”

Gaichor doesn’t seem to be the only one Kurlekar has admonished by citing this rule.

In the last week of August, 10 of the political prisoners arrested in the same Bhima Koregaon-Elgar Parishad case wrote a letter to Maharashtra’s home minister, Dilip Walse Patil, alleging censorship of a similar kind that Gaichor has had to face. “Three of us were served notice and accused by Superintendent Kaustubh Kurlekar, invoking powers vide of Rule 20 of Chapter 31 (Facilities to Prisoners) of the Maharashtra Jail Manual. Dr Anand for two articles, Mr Gaichor for a poem as an obituary for cultural activist and Ambedarkite Vira Saathidar and Mr Ferreira for an essay in memory of Father Stan Swamy. They were intimated that what they wrote was ‘objectionable, creating doubts relating to the investigation of Bhima Koregaon offences and propagating naxal ideology’.”

The letter further alleges: “Not satisfied with this illegal ‘political censorship’ the superintendent scans/saves letters we write to family, friends and correspondence to advocates (which amounts to breach of privileged communication). We believed that some if not all are being shared with the police and prosecution. All this in addition causes inordinate delay in dispatch of letters to their destination.”

Kurlekar told this reporter that he won’t be commenting on the matter. Speaking to The Hindu newspaper, Kurlekar asked: “Why should I keep the letters? What will I get out of them?”

This week, September 7, 2021, marked a year since the National Investigation Agency arrested Gaichor, 38, an anti-caste activist based in Pune. He was part of the cultural organisation Kabir Kala Manch, which was among the 250 dalit-bahujan and human rights organisations that organised the Elgar Parishad, where the attendants took oath to “not vote for communal forces”. It took place in Pune city on December 31, 2017, a day before violent clashes unfolded at the Bhima Koregaon memorial — 40 kilometres from Pune.

Every year on January 1, tens of thousands of dalit-bahujan pilgrims gather at the war memorial of Bhima Koregoan. It commemorates the historic battle won by the British Army, which had a significant contingent of dalit soldiers, against the peshwas. For the dalit community, the battle signifies their fight against untouchability. Therefore, in 2018, on the 200th anniversary of the event, the crowd at Bhima Koregaon war memorial was larger than usual. However, the gathering was assaulted allegedly by upper caste mobs belonging to Right-wing groups.

A day after the riots, Pune-based anti-caste activist Anita Sawale filed a complaint naming Hindutva leaders Milind Ekbote and Sambhaji Bhide as the “masterminds” of the attack. However, the urban wing of Pune Police and NIA have raided and arrested reputed human rights lawyers, scholars and activists — 16 so far — blaming them for the violence, accusing them of being “urban Naxals” and even plotting the assassination of Prime Minister Narendra Modi.

One of those 16, Father Stan Swamy, Jharkhand-based tribal rights activist, died in prison at the age of 84, awaiting bail on medical grounds.

The relatives and lawyers of the activists jailed in this case have repeatedly raised the issue of human rights for the prisoners, even before Gaichor’s poem was sought to be suppressed.

The Marathi poem is a tribute to Vira Sathidar, popularly known for his role as the protagonist of the critically acclaimed movie Court. The poem is titled “An ascetic (Fakir), no less; like our own Vira Sathidar”.

Once upon a time, today’s time

There is a town, this town

A precinct, a district and a nation

Where runs a system that abuses and exploits

the oppressed, the downtrodden and the miserable

The town also has a campaign to end the misery, the exploitation

Among the campaigners is an ascetic

Tirelessly he volunteers to work

As a sweeper, a handyman, a messenger

Carries all the load on the ground

Call him to pen a story, a poem, a novel

Ask him to sing, to shout, to argue, anything

He’ll be at the front

For the sake of the Organisation

But will shirk from gains.

He will be happy to spend from his pockets

One with the masses he is.

He has staked his all

Even his pains and problems

And his worldly worries

To pursue one thought, one principle, one ideology

One agenda of the mass movement

for the sake of the Organisation

He’s learnt to fight for life from the masses

One with the masses he is.

A true son of the soil, fully organic

An Ambedkarite well versed in the essential tradition of caste eradication

To compose the complete picture of Indian Revolution

He possesses the confidence of a visionary

Jai Bheem and Lal Salaam are his greetings

An ascetic in the illustrious line of

True to his ideals as they were.

Watching others settle down

Burying the thorn of own unsettled living

Of the upper classes and castes

He withdraws into himself

In the din of Light-Action-Camera

projecting the life of poor Dalits

Blinds him, the ascetic

The heavy backlog that he carries right from his birth

Bursts forth from the walls of his mind

Takes to planes to travel

Is pally with big people

Is thrilled to have people wait on him,

Queuing at his wretched door for a favour

Gloats on glamour and jumps into mass agitations,

A lively ascetic doing the trapeze act of living a life

Contradictions abound in this town

This ascetic of ours

takes on this role and that

But remains an ascetic till the very end

He has to fend for food, shelter and his health, all on his own

Hardly does he receive promised payment

His footwear sorely is in need of repair

Never is his situation comfortable

And he remains a Dalit pauper among

All the well-settled upper class around him

Everybody needs such ascetics

Not as their ideals

But to present ideals to all and sundry

To push the equality chariot on

To gather crowds to listen to speeches, to

read read tomes written for the Cause

On the earth of the Present

To realise dreams, ideas and concepts

Right here before us all

But ascetics too close are bad for comfort,

Just as Bhagat Singh no closer than a neighbour

Same here, no ascetic within myself;

Who has peeked into an ascetic’s mind

to know his aspiration

to seek his sorrow

to smell the small pleasure

stolen sneakily in the thick of a battle

staked for the Organisation?

what answers he is looking for?

No, they hang their heads in shame

in this town of today

No empathy for his pains and his grief

The testimonial has no taker

It transfers to another ascetic

When this one is no more

To become his story thereafter

Though we keep repeating,

“Such were the ascetics who

had time to say a word about them.”

PS: The poem is translated by Hemant Karnik.

(The writer is an independent journalist. The views are personal.)