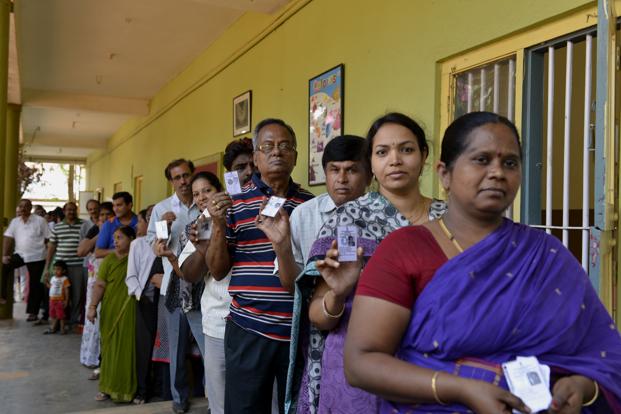 The story of electoral Reforms, and the decline of legislative accountability

In another landmark addition to its recent slew of progressive jurisprudence, the Supreme Court’s decision in Lok Prahari v. Union of India, is a significant step towards strengthening the bedrock of the Indian democracy – election reforms. The Court, most significantly, issued directions to institute a permanent mechanism for the periodical monitoring of any increase in assets of MPs/MLAs or their associates that is disproportionate to their known sources of income. The monitoring body is then required to make the information public, and recommend suitable action. This is only the successor to a line of judgments, primarily the decisions in Union of India v. Association for Democratic Reforms [‘ADR Case’] and Union for Civil Liberties (PUCL) v. Union of India, in 2001 and 2002 respectively – which together form the foundation for financial transparency among legislators.

What is common across these judgments is that the right to information, was read in to be a part of the right to freedom of speech and expression under Article 19(1)(a) of the Constitution, in order to mandate certain disclosures. The bench of the ADR Case made this connection, which was later affirmed in the Lok Prahari Case, as well as the PUCL Case. The Court quoted its own decision in Secy, Minister of Information and Broadcasting v. Cricket Association of Bengal –

“The freedom of speech and expression includes right to acquire information and to disseminate it. Freedom of speech and expression is necessary, for self-fulfillment. It enables people to contribute to debate on social and moral issues. It is the best way to find a truest model of anything, since it is only through it that the widest possible range of ideas can circulate. It is the only vehicle of political discourse so essential to democracy. Equally important is the role it plays in facilitating artistic and scholarly endeavors of all sorts…”

It further states that –

“Under our Constitution, Article 19(1) (a) provides for freedom of speech and expression. Voters’ speech or expression in case of election would include casting of votes, that is to say, voter speaks out or expresses by casting vote. For this purpose, information about the candidate to be selected is must.”

However, it is crucial to note that this decision bares open the fault-lines of a tussle between the judiciary and the legislature. This chronology has also been traced in the decision, indicating a clear and open resistance by the Legislature against pushes towards electoral accountability by the judiciary. This tussle may have a significant impact on the efficacy of the Supreme Court’s attempts, and thus must be traced.

In the ADR Case, the Court held that the candidates will be required to disclose certain information about their personal background – any criminal charges in the past, any pending cases or convictions, all assets including those of his/her spouse, all liabilities, and all educational qualifications. However, no consequences for non-disclosure were spelled out. However, it is the legislative response to this decision that is truly revelatory. The Parliament enacted the Representation of People (Third Amendment) Act, 2002. In addition to considerably diluting the disclosure requirements of the ADR Case, the Act enacted S.33-B which provided that the only disclosures required will be those mandated by the Act, notwithstanding any judgment or decree by any Court. This was one of the first eruptions of conflict between the judiciary and the legislature in the arena of transparency reforms. This was followed by an inevitable retort by the judiciary in the decision in Union for Civil Liberties (PUCL) v. Union of India, in which the Apex Court upheld a challenge to S. 33-B, of the Representation of People Act, 1951 [‘1951 Act’] – holding it to be unconstitutional, on grounds that, once the Court held the right to information to be a fundamental right under Article 19(1)(a), only reasonable restrictions could be placed on it by the Legislature under Article 19(2). The Court held that the impugned Section did not pass the test under Article 19(2) as it unreasonably stagnated the naturally dynamic growth of the right to information. However, it is notable that the Court did not deny the Legislature’s plenary power over the domain of electoral reforms, as long as these powers were exercised within the domain of ‘reasonable restrictions’. Formally, thus, the Legislature continues to be its own watchdog. By its own admission in the ADR Case, that the directives were only to fill a legislative-void, the Court has no power to overturn legislative curtailing of its progressive electoral jurisprudence, as long as they are reasonable – a term notorious for its shape-shifting.

Having said that, however, it must be noted that the Supreme Court is acting under limitations imposed not only by the doctrine of separation of powers, but also constitutionally. Article 102 of the Constitution expressly confers the power (not the function) to regulate election disqualifications on the Legislature itself – creating an inherent conflict of interest. Given these limitations, the Supreme Court’s role in creating jurisprudence that balances the clashing basic structures of the Constitution – free and fair elections, and separation of powers – has been commendable. By reading in the right to information about candidates into the right to freedom of expression, and defining the content of the same, the Court has, at least, ensured that the disclosure requirements cannot be unreasonably constrained. However, the Legislature’s power to impose reasonable (with all its subjectivity) constraints, as well as to interfere unreasonably in the reforms, and thus rendering them volatile, remains.

“Thus, while the last word may have been the judiciary’s, the ultimate outcome was to not only delay, but also to enable the dilution of the reforms, under the often self-defeating guise of separation of powers. In this arrangement of powers that is closely resembling a tug-of-war, it is not difficult to see why the reforms are rendered toothless due to their sheer volatility and vulnerability to legislative interference, even if not legislative overturning.”

An illustration of the impact of this tussle on weakening the reforms can be seen in the very petition that led to the decision in Lok Prahari. One of the prayers sought by the petitioners in Lok Prahari was for the Court to declare that non-disclosure of assets will be grounds for disqualification as a ‘corrupt practice’ under Section 100, of the 1951 Act. The prayer itself indicates a lack of conclusiveness about the impact of the ADR Case – while the Supreme Court laid down disclosure requirements, there was no enforceable sanction in place for non-compliance till this prayer for disqualification in Lok Prahari was accepted. Further, the Court’s grounds for accepting this prayer and classifying it as ‘undue influence’ [which is a ‘corrupt practice’ under Section 123 of the 1951 Act] become material –

“While filing the nomination form, if the requisite information, as has been highlighted by us, relating to criminal antecedents, is not given, indubitably, there is an attempt to suppress, effort to misguide and keep the people in dark. This attempt undeniably and undisputedly is undue influence and, therefore, amounts to corrupt practice.”

This is a powerful tool for the judiciary to create new disqualifications (despite it being a legislative prerogative) by continuing to interpret ‘corrupt practice’ after creating new disclosure requirements – a power it already has gained after the ADR Case. However, this does not escape the problems of confusion in the power distribution between the judiciary and the Legislature. This is indicated in the Court’s refusal to grant the prayer seeking to make false disclosure (as opposed to a non-disclosure) of assets during nomination a ground for disqualification. The Court rightly refused to direct the Legislature to consider an amendment to this effect. However, it could have easily interpreted ‘undue influence’ (and thus, ‘corrupt practice’) to include, not just non-disclosure, but also false disclosures. This anomaly exists due to the mess created in the distribution of reform powers between the Legislature and the judiciary.

Further, it is of note that the above interpretation can only be used to enforce disclosures during nomination – periodical financial monitoring/disclosures (as is being sought by the petition), and the consequences of non-cooperation, or false disclosures subsequent to the election, are still left unclear and up to future interpretation/legislation. This begs the question – will the decision in Lok Prahari also, in the end, become a paper tiger? Especially given the Legislature’s history of fervently curtailing any progress in this regard?

Further questions come to mind. What is the conclusion of this tussle, then? The judiciary clearly seems to have evolved a concrete jurisprudence side-stepping the Constitutionally embedded weaknesses in our electoral reform mechanisms, without violating the separation of functions envisaged by the Constitution framers. This has, obviously, led to the reforms being susceptible to dilution and volatility because of the Legislature.

However, the larger question that needs to be asked is – what went wrong? From the blind faith imposed by the Constitution on the Legislature’s ability to watch itself in the interests of the people they represent; to today, when the Legislature has demonstrated a capability of not only being inactive about reforms, but also expressly stalling them and reversing any progress in transparency with undemocratic impunity. The lack of attempts at subtlety even, demonstrate a foundational error with the way in which the Indian democracy has unravelled over the course of the last six decades. Of course, there is the inherent issue of the fox guarding the henhouse – but it is troublesome to think that democratic representation and accountability to the electorate are not effective counters to this problem of conflict.

Thus, while the Supreme Court in just in taking up a larger role in electoral reforms, the fractures of our democracy still need to be tended to in a more institutional and long-term manner – the schisms between the idea of India embedded in the Constitution, and the reality today have been stretched far too wide.

Hrishika Jain is a Third Year law student with a special interest in constitutional and human rights law. She interned with Lawyers Collective.