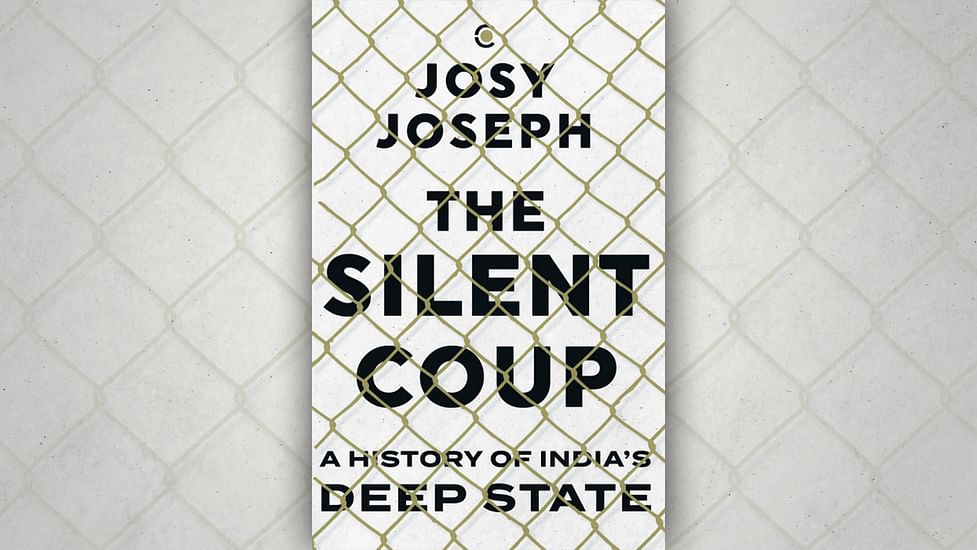 Book ReviewDemocracy and Rule of Law

‘The Silent Coup: A History of India’s Deep State’ by Josy Joseph – a book review

For years, State entities have used ‘prevention of terrorism’ as a justification to incarcerate individuals without due process. The ruling elite have misused the wide powers that these national security laws grant them to further their own political agendas. SHAILESHWAR YADAV writes about Josy Joseph’s new book on the deep State in India and the possibility of an imminent coup.

INDIAN democracy remains the largest and one of the most complex democracies in the world. Since the adoption of the Constitution, much ink has been spilled to anticipate the conventional dangers that the Indian democracy could face.

On the other hand, investigative journalist Josy Joseph, in his new book The Silent Coup: A History of India’s Deep State, brings out a whole new perspective about the dangers to Indian democracy. Joseph’s new book is a meticulous narration of India’s history of a deep State – a State within a State.

Far from the political turmoil, he talks about the possibility of a coup in India.  Since 1950, there have been about 460 coup attempts worldwide, out of which 233 were successful. Successful coups have been staged over the decades in Indian’s neighbouring countries of Pakistan, Bangladesh and Myanmar.

Majorly, the coups are conducted by the strongest arm of the security establishment – the military. In contrast, the Indian army has been a catalyst of the democratic process. It has been deployed in many situations, including taking on insurgents, protecting the country’s border and in peacekeeping missions.

So if not the military, which arm of the State poses a potential danger to the democratic stand? Ruling elites, posits Joseph, as he deliberates on the continuous corrosion of democracy through the misuse of the security establishment by the ruling elites.

The author has argued against the bias that runs deep in the Indian security establishment against the Muslim community. Further, the data quoted by Joseph only affirms this argument.

Only 1 per cent of Muslims made up the ranks of the Maharashtra state police. In comparison, in Uttar Pradesh, only about 2.3 per cent of sub-inspectors are Muslims. The number of Muslims in the elite services – Indian Administrative Services and Indian Police Services – also remain minuscule, at 3 per cent and 4 per cent, respectively. The paramilitary forces are also characterised by poor representation, with only 3 per cent Muslims.

Also read: The forgotten option to the Pulwama attack: The law on transnational terrorism

Joseph narrates the first part of the book through the story of Wahid Deen Mohammed Sheikh. Wahid, a school teacher, was exposed to the vicious and unjust criminal justice system after the 9/11 attacks in the United States and the aftermath in India. His incarceration from 2001 to 2013 lays bare the reality of the Indian security establishment and its unprofessional modus operandi.

In the wake of the war against terror, numerous innocents like Wahid have been subjected to harassment and State cruelty. He was initially arrested for links to the 9/11 attacks, and later, in various cases involving national security. Interestingly, the detention of Wahid was in response to growing public pressure. It is relevant to observe that his incarceration jeopardised the security of the nation by letting the ‘real’ culprits walk free during this period.

Further, Joseph notes the various methods used by the security establishment to fabricate evidence against Wahid. One such instance was the narco test done by Dr S. Malini, famously known as Dr. Narcos for her role in helping the Bangalore police conduct narco-analysis in high profile cases.

As it turns out, she recorded Wahid’s statements and later edited them to support narratives created by the security agencies.

Dr. Narcos was sacked by the Karnataka Government on February 25, 2009 for forging her education certificates. However, by the time she was sacked, she had conducted over 1,000 narco tests, about 3,000 lie-detection tests, and 1,500 brain mapping tests.

Also read: As their kin spend another month in jail over ‘Al Qaeda module’ arrests, families of UP ATS accused shed light on glaring loopholes in the case

The dirty politics that goes on behind the scenes in the guise of national security is disturbing. After the Godhra tragedy, followed by the 2002 riots in Gujarat, a tribunal headed by Justice V.R. Krishna Iyer said that the then Chief Minister (CM) of the state Narendra Modi was primarily responsible for the spread of violence post-Godhra.

At the time when  the tribunal was recording statements, a rumour emerged that a minister had deposed before it about the role of Modi in enabling the riots. As Joseph has noted, P.K. Mishra, Principal Secretary to the CM of Gujarat, called R.B. Sreekumar, Chief of Gujarat police’s intelligence arm, to confirm that it was Haren Bhai Pandya. Later, in March 2003, Haren Pandya was shot dead.

After 2014, as the book observes, the intention of the security establishment to serve the political executive has been evident in the manner in which Sunil Joshi’s murder case was handled. Eventually, Pragya Singh Thakur was acquitted in 2017 by a Bhopal based NIA court. However, the court observed that the contradictory evidence by the police and the NIA in the case raised serious doubts, and that the investigation agencies acted out of prejudice or reasons best known to them.

The unprofessional nature of the security establishment has affected India in many ways. One similarity that the author draws between the Mumbai 2008 attacks and the Kargil conflict in 1999, is that credible reports were overlooked in both cases.

Before the Mumbai attacks, the Mumbai Commissioner had more than twenty intelligence alerts reported by various agencies. Yet, none of them were taken seriously.

In a nutshell, the Mumbai attacks portrayed the heroism of the police and the severe intelligence lapses of the agencies responsible for acting on threat reports.

Joseph has further associated the tribulations of the Kashmir Valley to the political bosses, and the security establishment’s growing impact on democratic values. The sabotaging of the 1987 assembly elections and the use of State machinery to fulfil the desires of political bosses triggered militancy in the valley.

During the polls, G.N. Gauhar, the Central Observer, alleged that fraudulent results were declared in the Amira Kadal and Habba Kadal constituencies. ”In both these constituencies, two ministers lost, but not only they were declared elected; additionally, after the declaration of fraudulent results, they got the workers of MUF [Muslim United Front] tortured in police stations,” Gauhar recalled.

Also read: Making the case for a legislative framework against wrongful prosecution

Joseph has also highlighted a 1987 incident, wherein the 54 Infantry Division of the Indian Army was sent to Sri Lanka without proper intelligence and without a United Nations mandate. Major General Harkirat Singh, who commanded the 54 Division, said – “They [the Indian intelligence agencies] had no intelligence to give me about the terrain or the enemy. I had to buy a tourist map in Hyderabad before I went into operations.” What followed was complete bloodshed.

In conclusion, this book by Joseph is an essential read to understand that recognised threats to democracy go beyond military coups and foreign invasions. They can take place through the whims and fancies of the ruling elites.

This book hits the market at just the right time, given the prevailing conditions. The country is witnessing a growing use of draconian laws against journalists and other conscience keepers who are critical of the ruling elites. Security establishments are being used to harass anyone who dares to speak truth to power.

‘The Silent Coup’ is a worthwhile read, and a reflection of India’s darker and less talked about dimensions.

(Shaileshwar Yadav is a student at the National Law University, Jabalpur, Madhya Pradesh. The views expressed are personal.)