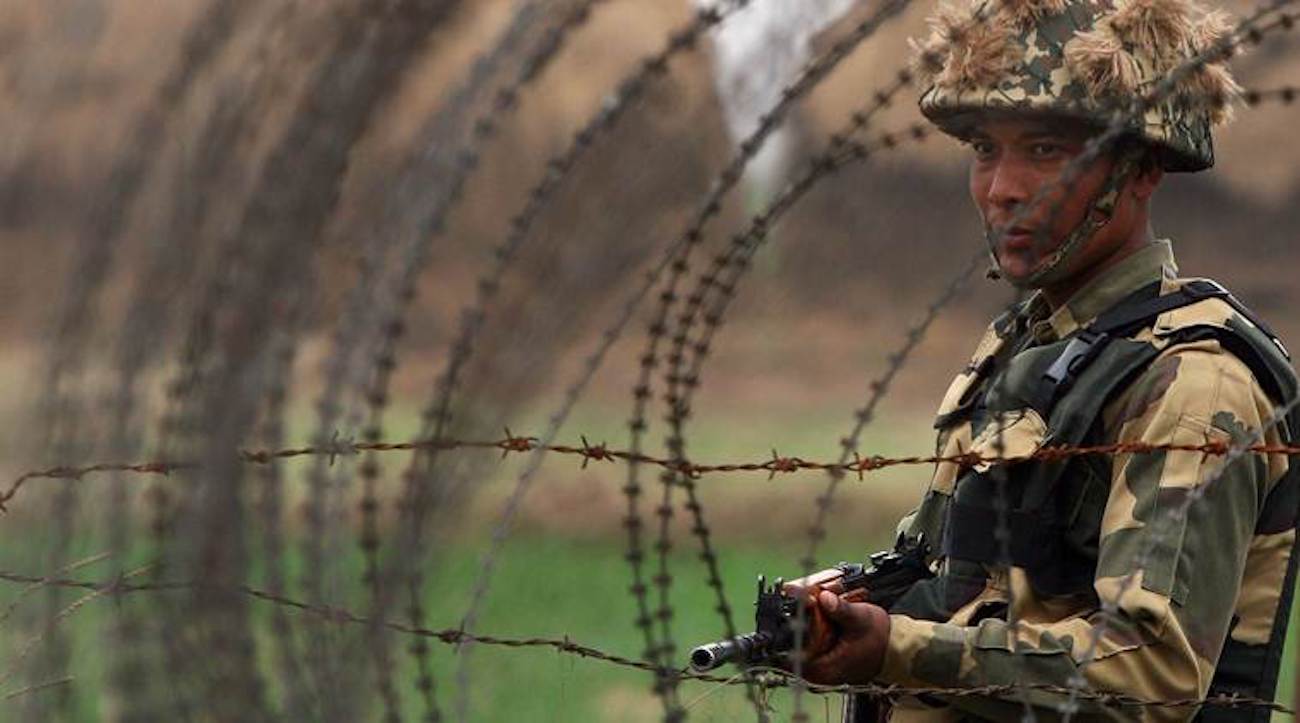 The second-class soldiers: Why the BSF jawan’s death doesn’t spark any outrage and/or critical thinking among Indians

[dropcap]T[/dropcap]HE valiant Border Security Force continues to serve the nation in silence irrespective of the symbolism manifest in non-inclusion of BSF foot contingent in the grand display of India’s might to mark 70th Republic day.

On January 15 of this year, another young Border Security Force soldier was martyred in line of duty to the nation. Young Assistant Commandant Vinay Kumar deployed at Pansar Border Out Post (BOP) in Hiranagar of Jammu, succumbed to enemy sniper bullet while patrolling the border.

The media did not find the sacrifice of late Vinay worthy of detailed coverage. Brief mention of a BSF officer having “lost his life” was all that they deemed fit to say. Even the routine “kari ninda” doesn’t appear to have been done.

The media, in fact, is perhaps not aware of the distinct identity and role of BSF. Most of the journalists routinely think BSF to be an extension of the Army. Similarly, the awareness amongst civilians about BSF, except in bordering states, is minimal.

BSF personnel have made innumerable sacrifices in ensuring integrity of the nation through their contributions in Indo-Pak war of 1971 – winning several gallantry medals including a Mahavir Chakra, controlling insurgencies in North East, Punjab and Jammu & Kashmir and now in Maoist-infested central India.

However, the soldier of BSF living in the shadow of big brother Army continues to languish as a second-class soldier.

It cannot be contested that the defence services have prime place in the security matrix of India yet the contribution of force like BSF in ensuring security and integrity of the nation cannot be undermined.

The working conditions of BSF are much tougher than that of the Army. An infantry soldier after two years deployment in field gets to live with his family in peace station. Other arms and services of Army have it much easier. This luxury is unimaginable for a BSF soldier because he is deployed almost round the year on borders where he performs long hours of duty — mostly extending beyond sixteen hours a day.

The satisfaction in terms of family accommodation is as low as fourteen percent. Reason cited for such low authorisation is that jawans are deployed on borders and stay in barracks. There can be nothing farther than truth because the jawan hardly gets to live in the barrack as he is always out patrolling or in an ambush or on some other duty. The Government could have thought of compensating jawans by granting house rent allowance for the place where their family stays, but it has not been deemed fit.

All the 186 Battalions of BSF are committed either on borders or on internal security duty even though 40 odd units are supposed to be reserve units to be used only in contingencies or rest and relief. The commitments are so heavy that the well-established training and rotation system of companies within the units has been totally destabilized. The training company is almost always committed for some or the other election duty.

The faith of Government in impartiality of local police is so low that the force is now being committed even for Panchayat elections. It was, in fact, surprising to learn that as many as 400 companies of CPMF (including 72 of BSF) have been deployed since April and September last year for Panchayat elections in Jammu & Kashmir. About 250 companies continue to be deployed even till now in J&K.

It is also learnt that the personnel have been denied honorarium applicable for election duties, which has not been paid citing reasons that it is applicable only for parliamentary or Assembly elections.

Lack of refresher training is likely to degrade the efficiency of BSF and neutralise the edge that it enjoys over police organisations in operational efficiency. Besides this, the burden of duty on remaining troops goes up exponentially due to thinning out from border for these prolonged duties.

A BSF jawan faces life-threatening situation almost on a daily basis against the enemy on Line of Control and borders with Pakistan and heavily armed terrorists, smugglers and criminal, ls on both Indo-Pak and Indo- Bangladesh border. Similar threats exist in Maoist-infested areas, where a large strength of the force is deployed. The risk to life that a BSF jawan faces is much more than that of an Army Jawan who faces such situations only on Line of Control along Pakistan or in J&K.

Zero-error syndrome imposed by the leadership entails a heavy strain on troops. Things are further accentuated by substandard living conditions, lack of opportunities to stay with family, and lack of career avenues. The result is visible in high rate of attrition amongst troops and officers of the force. As many as 12096 persons have either resigned or proceeded on voluntary retirement from 2015 to 2018, besides 121 committing suicide in same period.

To add insult to injury, the Seventh Pay Commission has declared BSF and other paramilitary forces employees as civilian employees, even though the service conditions and duties performed by them are much harsher than that of the Army.

The claims of BSF for parity or near parity with Armed forces because of such harsh conditions of service, were totally ignored by the pay commission while recommending much higher pay scales and allowances to Armed Forces.

A BSF jawan deployed on the same Defended Locality along with a jawan from Army is in receipt of as much as 25% less pay and allowances. Similarly, the dependents of a BSF martyr are in receipt of much lesser compensation than an Army jawan.

Perhaps, the BSF does not get its due in terms of pay and allowances and other amenities because leaders of the force do not belong to this force and are unable to project the case of BSF effectively. These leaders not having served at operational levels are unable to visualise the realities of ground. The only other reason could be that these imported leaders have a vested interest in “les affaire” because otherwise the BSF personnel will be in receipt of much better pay and allowances than Police forces.

It is my fervent hope that the sacrifices of bravehearts like Vinay will not go in vain and this valiant force will one day get due recognition for its contribution to the service of nation.