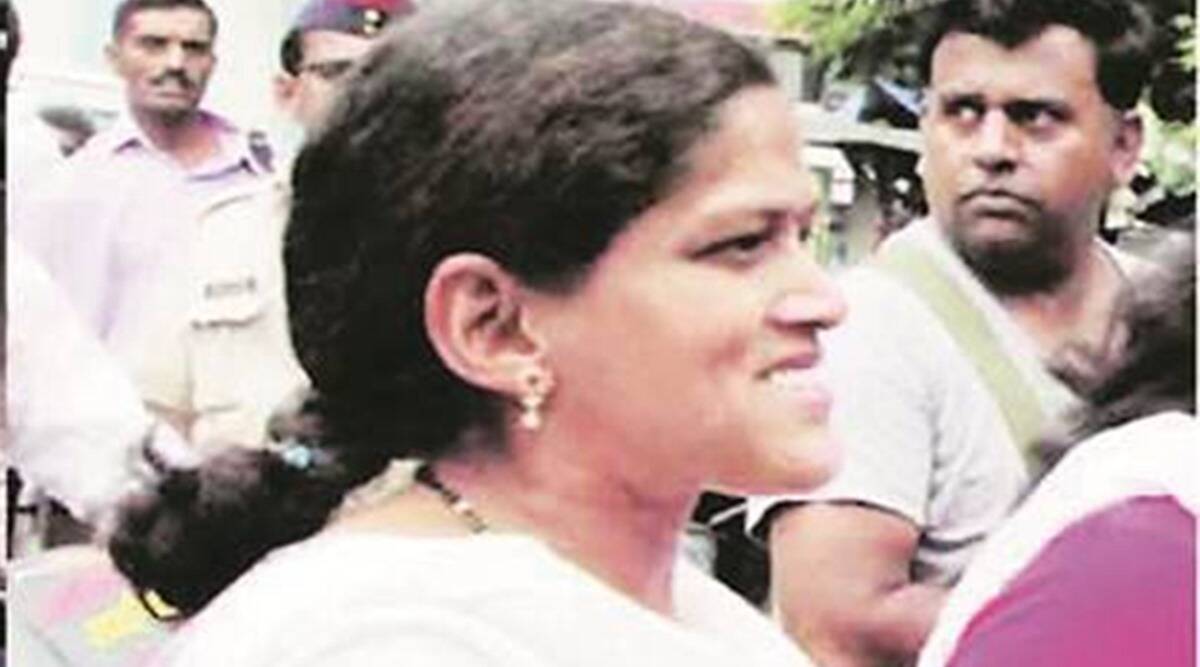 The sad saga of Kanchan Nannaware who died waiting for justice

While the High Court of  Bombay granted medical bail to Varavara Rao who is now free for the next six months to be with his family and take care of his health, Kanchan has not been so lucky.  SHOMA SEN, an undertrial in the Bhima Koregaon case understands what it means as she is also battling with several ailments. Here, she explains how the husband of Kanchan’ Nannaware, her co-accused who was in the male section of the same Yerwada Jail was not consulted nor was his consent taken before her surgery. It ultimately proved fatal. Only a judicial probe will determine whether there was medical negligence in her treatment. One thing is clear: By not informing the husband, prison authorities have violated the law.  Her legal defence in the matter of medical bail was made in the Bombay High Court by senior counsel Gayatri Singh and advocate Ankit Kulkarni and in the trial court (Pune Special Court) by advocates Rohan Nahar, Rahul Deshmukh and Parth Shah.

WHILE the Elgar Parishad case received wide and detailed media coverage and many columnists, shocked by the Kafkaesque absurdities of this case were analysing and commenting on it, a political prisoner in Pune Women’s Central Jail was suffering immense hardship due to ill health, till she finally passed away in early February.

Kanchan Nannaware was one of the bravest activists.

When I came to Yeravada Prison in Pune, in June 2018, labelled by this new brand name, “Urban Maoist”, other prisoners told me that there was a Naxal prisoner called Kanchan the jail for the last four years.

Initially, she suffered greatly, being confined to a separate cell in the death row yard. However, an acute bout of breathlessness and wheezing triggered by DDT spraying outside her window led to her long hospitalisation and relocation to a barrack.  As Kanchan mingled with others she became one of the most popular prisoners, sought after for advice and for writing applications.  The Jail staff and officials also developed a soft corner for her.

I first met Kanchan at a water tap, a women’s space, both outside and inside the jail.  She was short, slim, very fair with close-cropped hair and a bold, quizzical expression on her face.  The Jailor had forbidden us from talking to each other and there would be sessions of reprimands when we did, so we, unfortunately, stole only small snatches of conversation.

Kanchan had a hole in her heart that was detected when she was just about 7 or 8. But, that did not deter her from becoming a student activist nor did it prevent her from taking the step of becoming what the Maoists call – a professional revolutionary.  Kanchan came from the Mana community, Adivasis who, along with the Gowaris, have been struggling to be included in the category of Scheduled Tribes.

As her father was a government officer, Kanchan had as good an education as one could in Ballarshah and Chandrapur and spoke a smattering of English.  She married a fellow activist, Arun Bhelke, whom she knew from her student days.  Apart from her political beliefs and commitment to the cause, the deep love that this couple felt for each other must have helped Kanchan to pull along.

Kanchan and Arun were arrested in Pune as suspected Maoists or Naxalites.  They had nothing on them except some false identity cards which invoked the section of forgery which has a maximum punishment of four years.  But, needless to say, various sections under UAPA and IPC were foisted upon them that turned them into dreaded terrorists.

They were living with a false identity probably because they were absconding from an earlier case in which they had got bail.  This was a case where student activists from and around Chandrapur had been arrested as Maoists.  They belonged to a popular student organisation, Deshbhakti Yuva Manch, which performed street plays on farmers’ suicides, brought out a student’s magazine in Marathi, and organised students for their legitimate rights.  When, after a substantial period of incarceration (during which Kanchan had been hospitalised) these activists got bail. Many of them tried to lead what is called a “normal” life: struggle to earn a livelihood, start a family, tend to the emotional needs of parents, and blend activism along with it.

But Kanchan, with a hole in her voluminous heart, the operation marks cutting across like latitudes and longitudes over her brave chest, went into hiding along with her partner to continue upon the road not taken.

When I met her in Yerawada Central Prison she had already had two heart operations.  She had damaged kidneys and weak lungs with severe respiratory issues. She ate a saltless non-spicy diet and could drink only two bottles of water.

Initially, she had been kept in solitary confinement with two death row convicts who mentally tortured her.  Hour by hour, each of them would be released from their cells to sit alone in the locked verandah.  Now, though more comfortable in the barrack and allowed mulaqat, Kanchan rarely had visitors.

Her father had disowned her the day she married Arun, a Dalit.  His rejection of the couple strengthened as the media publicity of their alleged Naxalite links increased.  He pressurised the entire family to boycott her.  But the coldness of her maternal family was substantially compensated by her warm, caring in-laws. Arun’s family travelled the long distance between Ballarshah and Pune and came for occasional visits.  Being a UAPA prisoner, Kanchan was not allowed phone calls, while other prisoners had payphone facilities.

Kanchan read all the books in the minute jail library and those her lawyers brought for her.  She played chess, gave exams for a certificate course, participated in a skit on March 8, and survived jail life with her bouts of hospitalisation.  Often we would see her sitting under the huge tree outside her barrack reading a newspaper.  But as the days went by her health deteriorated.  At first her legs, and then her whole body would be swollen.  She had difficulty in walking, lying down, and sleeping.  When the doctors instructed her to use the support of a stack of pillows and sleep in a reclining posture, she asked the jail superintendent, U.T. Pawar, for permission to get pillows.  Quite soon thereafter, pillows were made in the jail factory and distributed to all prisoners after Kanchan’s request.

Before we were shifted to Mumbai, Kanchan was brought to the little hospital barrack near our separate yard.  She was given a bed to sleep on and people to help her.  By then the doctors had told her that a heart transplant was the only option for her, but this could not be performed at Pune’s Sassoon Hospital.

Sometime before this, her bail had been sought in the Pune Special Court but her application was rejected.  Her trial was going on at a snail’s pace.  During her long period of hospitalisation around this time, her partner Arun (lodged in Yerawada Jail) had been given permission to visit her once.  Her in-laws had also come.  In her usual affected way, Kanchan told us that, she had written to her parents, saying that if they wanted to see her for the last time then they should come right away.  There was no reply.  We left Kanchan in this pitiful condition and came to Byculla Jail.  Then the pandemic struck and there was no news of Kanchan for a long time.

One day we read in the papers that Kanchan’s bail was being argued in Bombay High Court.  Instead of being granted bail immediately, due to her critical condition, the jail was being questioned how it would conduct her heart transplant and lung transplant.   Even after a prolonged set of hearings before the High Court, it could not be decided whether to send her to the Army Hospital in Pune or some other hospital for a heart and lung transplant.

We came to know later that on 12th January this year Kanchan had complained of service headache and breathlessness.   She was taken to Sassoon Hospital where a lump in her brain was detected.  Arun was informed about this only on 19th  January, five days later.  On the 19th and 20th he waited to be taken to see her.  But without his consenting signature and without allowing him a visit to see his wife, Kanchan was operated on for brain surgery and consequently, she passed away in the ICU of Sassoon Hospital.  She was only 37.

What could be the reason that Kanchan was not granted bail?  Could a frail, Adivasi girl with every organ in her body damaged and dilapidated be such a threat to the nation if she was set free?  Why is the state so terrorised? Why has bail been repeatedly refused bail to G. N. Saibaba, who is 90% handicapped with 19 additional ailments?

Leave Maoist prisoners aside, it has been my observation that bail on medical grounds is extremely difficult for other undertrials too.

One NDPS accused was suffering from severe gynecological problems for over a year.  Ultimately her hysterectomy was done, but bail was not granted.  Another prisoner gets fits and lies in a state of semi-consciousness for hours as if it is her normal sleep and wake pattern and is given medication regularly by the jail, but no bail.

During the Pandemic when many charged with murder easily got interim bail, these serious patients did not get relief, and nor did many others suffering from T. B., HIV, or other co-morbidities.   Bail is a complete gamble or lottery in the eyes of those behind bars. The subjectivity of judges, the misleading investigations, the twisted charge sheets, the money passed or not passed under the table, all go to form the “luck“  of prisoners in this gamble.  Deaths of the closest family members occur and prisoners are not informed: “in case they get upset”.  Without a Court Order, they cannot be taken (in custody ) for the last rites.  They sit in shackles with a mind free to imagine and re-imagine the pain and suffering of their loved ones.

A callous, inhuman judicial system just looks on and chuckles over its own power.

(Prof (Dr) Shoma Sen is one of the 16 undertrials in the Bhima Koregaon case. When she was arrested on 6th June 2018 from her house in Nagpur, she had just two months left for retirement as HoD of the English Department, Nagpur University. She is a well-known civil liberties spokesperson and women’s rights scholar & activist. She too suffers from a host of health-related issues and she is under medication for acute ailments such as glaucoma, hypertension, irritable bowel syndrome and advanced arthritis. Her medical bail application during the pandemic was rejected twice by the NIA Court, Mumbai. The views expressed are personal.)