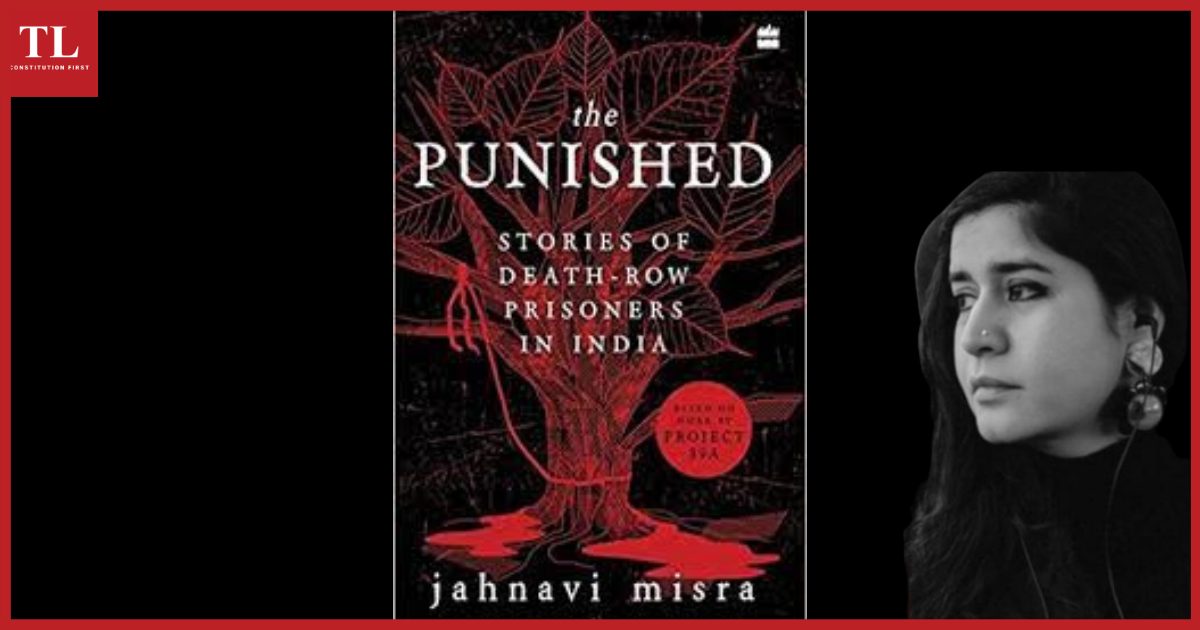 The Punished by Jahnavi Misra: The saga of 19 death row convicts

Jahnavi Misra’s, The Punished, published by Harper Collins, deals with the cruelty meted out by the state that reinforces the tragically conjoined duality of pain and suffering through its systems of penal and capital punishment, say ARITRO BOSE AND JIBRAAN MANSOOR.

UNMASKING the cruelty which lies at the foundation of criminal law, Friedrich Nietzsche traces the “ancient, deep-rooted and now perhaps ineradicable idea” of the equivalence between crime and punishment, a duality modelled on the “contractual relationship between creditor and debtor”.

For every act deemed a crime, a payment has to be extracted. To access such payment, as Jacque Derrida argues, “the creditor is granted a psychic reimbursement… he will be given some pleasure… a pleasure that consists in the voluptuous pleasure of causing the other to suffer, and cruelly.”

The Punished by Jahnavi Misra, published by Harper Collins, is a register for this very cruelty meted out by the state that reinforces the tragically conjoined duality of pain and suffering through its systems of penal and capital punishment.

However, if this duality indeed determines the very substance of criminal law, we wonder if there can be, as Judith Butler asks, “social relations outside the terms of debt and payment, relations that might be understood as being outside capital”.

The Punished then is a timely intervention, as it helps those of us who wish to understand the resistance from the “economies of vengeance” that any such imagination would face.

The book features nineteen death-row convicts, and through its narration of the abject horrors of the Indian penal system, attends to the vulnerabilities of those, as the foreword puts it, who are more “than single incidents in their lives.”

The Punished demands us to suspend our sense of “moral simplicity” and engage with the lived experiences of those that the state wants us to hate.

Whether it is Sanjeev Sharma who, even while being custodially tortured, tells the policeman,“You can’t be wrong”, or Rukhsar who must leave her child behind forever, The Punished takes no prisoners in its attempt to delve into the lives of India’s death row convicts. In doing so, The Punished is a timely reminder that simply being opposed to the death penalty is never enough.

But does the text serve us in imagining what such opposition would look like? We believe that in opening up arrested incidents and destabilising the debt-credit relationship, The Punished inevitably tends to move inward into the relationship.

Perhaps, the best example of this is found in those accounts of the book where the interviewer’s role is more pronounced.

In Rammohan’s Nightmare, the author admits that they “pushed him a lot, perhaps even a little more than I [they] should have.” This is followed by the author trying to bait Rammohan’s brother, Shivmohan, into talking about the crime.

In The Study of a Murderer, we learn that the author asked Mohan Kumar questions where there “was no need for it”, as if the author was “compelled” to do it. This impulse of being compelled is, perhaps, one that anyone would be forgiven for having, because in it lies the conniving state’s biggest, and perhaps the most successful, project – the collapse of justice and cruelty, for those rendered as mere

‘objects of curiosity’. This push to engage in speculation is symptomatic of the control that this wretched relationship has on our psyche, and we find, in The Punished, that the urge to speculate does not spare the abolitionists either. Even in the stories where such compulsions aren’t present, the emotions that the plight of death-row convicts elicits in us forces us to ask the question: are we limiting our radical imaginations by settling for a bargain with justice in the form of ‘mitigating circumstances, if we do not dare to move away from the frame of debt-credit?

Nevertheless, what The Punished achieves is a remarkable feat of impressing upon us the extent of the state’s might and control over the lives of its subjects, and the heroic defiance that can only be found in situations that are as dire to begin with.

It gives voices to those on the margins, often reduced to footnotes and statistics, and reminds us of their acts of resistance.

We are informed of the deeply Socratic move by Jameel Quraishi, who refuses to stay silent as he seeks to showcase the very perversion of justice by the sovereign’s unrestrained indulgence in retribution.

We gain insight into the mechanisation of this perversion through Guru’s account of the conscious delays and disorder of law. We realise that the conniving sovereign devours its legal subjects, not merely by breaching the corporeal, but also toying with the psyche, as it uses the “the clock and the anonymity of clockwork” to ‘see itself’ become the master of death – a clockwork which, as we are told in the foreword, is again at play by the prison officials.

So if The Punished tells us that the cruelty and perversion of the sovereign know no bounds, where does that leave us in terms of the path forward?

For this, we go back to The Study of a Murderer, where the author admits that their interactions with Mohan Kumar had left them “disconcerted and confused”. It is an admission that reveals the abolitionist movement’s own ambivalent relations with those that it seeks to save.

As Butler, in reading Freud’s Totem and Taboo, suggests, there is no “overcoming ambivalence in love since we are always at risk of destroying what we are most attached to and vulnerable to being destroyed  by those on whom we are most dependent” – a stagnation which presumably arises due to our inability to eradicate the death drive which, Derrida suggests, is “inherent to life itself.”

Subsequently, we must begin by asking, as Bindal asks, that even though one can abolish the death penalty, “can one prohibit the desire for it?”

We suggest that the answer to this problem of ambivalence lies in the words of Jacqueline Rose: “Only if you admit your own ambivalence even towards those you love most is there the faintest chance that you will reach out across the world to everyone, including your putative enemies”.

It is this recognition of ambivalence, this breaking through the barriers of repression that the state builds on our minds, that offers us a chance to visualise a society that does not condemn both lives and deaths of its subjects to cruelty.

It is in admitting to ourselves that we can love even those that we passionately hate, that we might catch a glimpse of a world which, as Rose puts it, “sheds the common pitfalls of the singular ego” and offers us a “new form of common life”.

We daresay that such an imagination might even prove to be radical enough to challenge the deeply entrenched relationship between crime and punishment; a socius primitive that no longer envisages relationships in terms of debt and payment.

Perhaps the author is aware of this nuance. Perhaps in naming the anthology for the one story that does not flow coherently, a hopeful first step might have been already undertaken. Perhaps it is easiest for us to admit to our ambivalence towards, for the lack of a better word, The Punished, when it concerns those who we cannot understand.