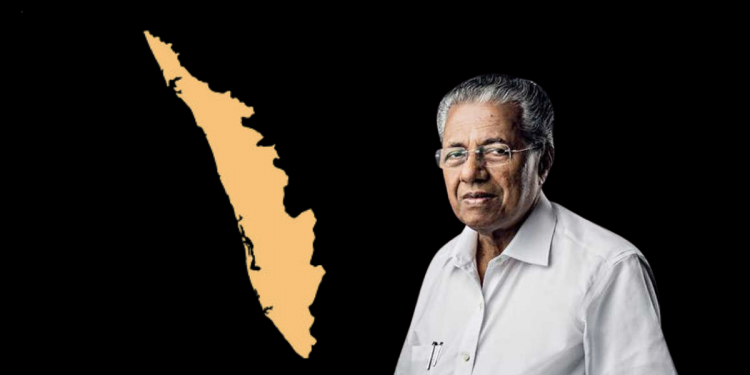 The paradox of Lokayukta in Kerala

IN the midst of a raging controversy over the Left Front government’s move to strip the State Lokayukta of its punitive powers, the ombudsman on Friday let Kerala’s Higher Education Minister R Bindu off the hook by dismissing a plea against her regarding the reappointment of the Kannur University Vice-Chancellor.

The petition alleging nepotism, misuse of power and corruption on the part of the minister in reappointing Dr Gopinath Ravindran as the Kannur VC was moved by senior Congress leader Ramesh Chennithala. Lokayukta Justice Cyriac Joseph concluded that the minister had only suggested the name of Gopinath for reappointment and hence that did not amount to misuse of power or nepotism. Further, the Governor as chancellor is the sole authority for appointing a VC. Therefore, the Lokayukta observed, there is nothing illegal if a minister, who is also the pro-chancellor, makes such a proposal.

Justice Cyriac Joseph with his observation has given a new twist to the whole controversy over the fate of the Lokayukta in which the Chief Minister, the Governor, and the Opposition have a stake. The controversial Ordinance to amend the Kerala Lokayukta Act, which in a way will transform the watchdog authority against corruption and nepotism into just a passive observer, is pending with the governor for approval.

The Governor, Arif Mohammed Khan, for the past several weeks, has been blowing hot and cold against his own government over the running of varsities. At one point, he had even offered to transfer his powers as chancellor to the pro chancellor (that is Higher Education Minister, R Bindu) since “she is very keen on exercising power and claimed her position (read pro chancellor) is not an ornamental one”.

As late as Thursday, the Governor had insisted that the decision to reappoint Gopinath was not one taken by him, making it clear that he is still not happy with the way the Pinarayi government is running the universities in the state. But strangely, the Governor has no convincing answers as to why then, given his objections to the unholy happenings, he had signed the papers appointing Gopinath as vice chancellor of Kannur University.

It is in this context that one has to view the governor’s decision on the Ordinance to amend the Kerala Lokayukta Act, which the opposition says is in blatant violation of democratic norms. To begin with, the opposition was not taken into confidence before issuing such an ordinance. Moreover, the Assembly is to meet in a fortnight’s time and it could have been placed in the House for a discussion. The fact is that the government chose the ordinance route, because it was worried about the two cases involving the Chief Minister and the Higher Education Minister which were set to come up before the Lokayukta in the first week of February.

Obviously, the government feared that the Lokayukta rulings may go against the Chief Minister and the Minister, in which case, both would have to step down as per the existing rule. Interestingly, the existing law, which the present government is trying to overturn, was passed during the tenure of another LDF government led by the late E K Nayanar in 1999. In the previous Pinarayi government, Higher Education Minister K T Jaleel was forced to quit after the Lokayukta found that he had abused his office. One need not look far to find out why Jaleel is now going hammer and tongs against Cyriac Joseph, accusing him of corruption and nepotism!

“The existing Act denies natural justice as there is no provision for even an appeal.  There have been two High Court verdicts which said Lokayukta has only recommendatory jurisdiction and not mandatory one,” said Kerala’s new Law Minister P Rajeev. According to him, the current Lokayukta infringes upon the rights of a Cabinet.

The explanation given by the CPM State Secretary, Kodiyeri Balakrishnan, notwithstanding Rajeev’s claim, that the amendment is not being pushed through in view of the pending cases against the Chief Minister, is indeed bizarre. Balakrishnan in an article in party organ, Deshabhimani, says that the current dispensation (read BJP rule at Centre) may use the Lokayukta to topple a democratically elected government.  Arif Mohamed Khan is considered a part of that same dispensation and in the amended format he would be the one to take a final call in case Pinarayi Vjayan is found guilty.

Quite naturally, the opposition Congress has requested the Governor to return the ordinance unsigned. But Congress has not made it clear whether it would have supported the amendment had it been placed in the Assembly.

The greatest irony is that it was the CPM which had, in the past, vociferously argued for bringing Prime Ministers and Chief Ministers under the ambit of the Lokpal/Lokayukta. Pinarayi Vijayan had, in the past, wanted a “biting” Lokayukta and not just a barking one. In a 2019 article in the CPM mouthpiece, ‘Chintha’, Vijayan had written, “If needed our Lokayukta system has the ability to bite…The Lokayukta Act is an example of the LDF government’s strong commitment towards ending corruption and misrule.” His turnaround is seen as a climbdown to hold on to power. The CPM’s credibility is sure to take a hit.

(Santosh Kumar is a senior journalist having worked with The Economic Times, The Telegraph, Newstime and Deccan Herald. He has contributed to The Sunday Guardian and The Telegraph on matters concerning Kerala and Tamil Nadu. Views expressed are personal.)