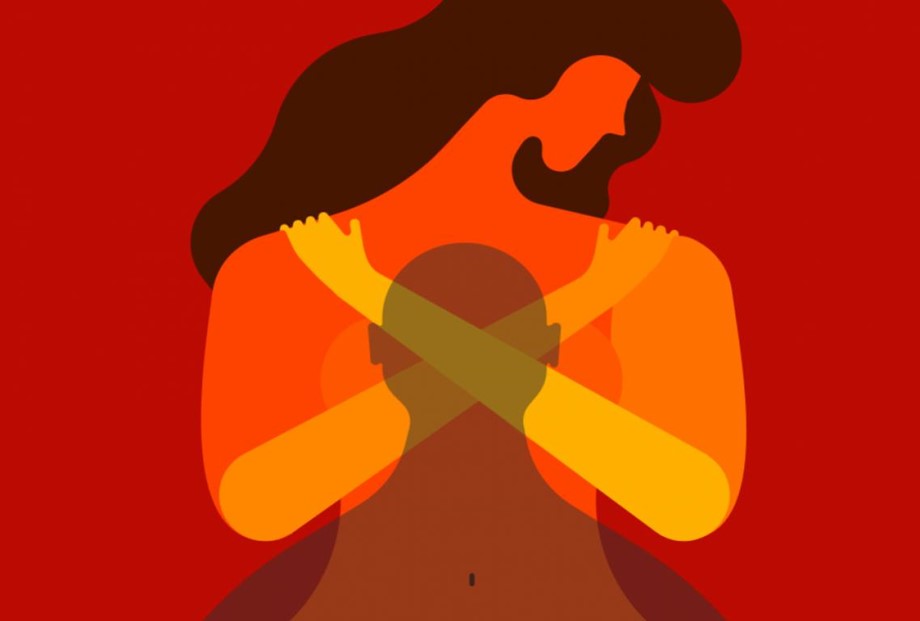 The ‘Other’ Pandemic: Session on Violence against Women in the times of Corona

R, an unmarried woman, who returned to her hometown, due to lockdown, gets beaten daily at the hands of her abusive father.

Another woman, S, a married woman, had to lock herself in a room to save herself from her abusive husband.

Yet another woman, K, finds herself being raped daily by her husband who had left her 8 years ago, only to return during this lockdown.

While the governments and policymakers are strategizing to battle the global pandemic, the issue of domestic violence against women amidst the lockdown has received little or no attention from them. The pandemic of violence against women remains effectively ‘ignored’ and ‘condoned’ by the policymakers. It is the ‘shadow pandemic’ as Mr Antonio Guterres, the Secretary-General of the United Nations has called it.

Thus, today, millions of women are finding themselves virtually in ‘prison’ with their abusers battling what can literally be described as ‘custodial violence’.

It is in this background that the webinar on ‘Women & the Pandemic: The Challenge of Domestic Violence’ was organized by Law and Society Committee (NLSIU, Banglore) in collaboration with Centre for Women and the Law (NLSIU, Banglore) and The Leaflet.

Following are the key highlights of the session:

Impact of COVID-19 is not gender-neutral

Historically, disease outbreaks and pandemics are known to amplify the existing social hierarchies and impact the vulnerable groups (including women) disproportionately. Highlighting the same, it was noted during the webinar that the impact of COVID19 is also not gender-neutral. Women are the unaccounted victims of COVID19.

With the lockdown, the unpaid and invisible care work of women has increased many-fold leading to a mental and emotional health crisis for women.  While the men are discovering the poets and writers in them, the women have been shown the way to the kitchen. Working women are doubly suffering, juggling between paid office work and unpaid household work.

The panellists observed that the sharpness of gender norms and patriarchal division of labour has further intensified during this lockdown. Domestic violence and rigid patriarchal gender norms are anyway, ‘everyday pandemic’ for women even without lockdowns. But with the global pandemic, the everyday pandemic of domestic violence has come into clear focus.

Another of patriarchy’s favourite claim, which came into sharp focus in the webinar, was the claim of the supposed safety of ‘home’ for women. ‘Home is the safest. Stay home, stay safe’ is the global norm enforced over the past few weeks to control the spread of the virus. But the panellists observed that for women battling domestic violence, home is not a ‘safe’ zone, it is the zone of beating, abuses, rape and many other physical-non physical violence.

Discussing the gendered and complex nature of the institution of home, Prof Jhuma Sen (Centre for Human Rights Studies, Jindal Global Law School) remarked that, “The pandemic has re-established what feminist scholars have been arguing for years that home is not safe, it is the most intimate site of gender violence.”

The fundamental reason, discussed during the webinar, for this shadow pandemic is an apathetic abdication of responsibility by the policymakers. It was noted that the policymakers have failed to plan and anticipate the possibility of violence against women.

In this regard, Ms T.K. Rajalakshmi (Senior Deputy Editor, Frontline) remarked that “This (lack of planning and anticipation) is perhaps the result of general apathy towards this (women’s) constituency amongst policymakers.”

It was observed that there has been a complete lack of effective and accessible political messaging from governments against violence against women. The Government of India, the Ministry of Women and Child Development, various state Women and Child Departments have squarely failed to communicate that domestic violence and resultant violation of the dignity of women, will not be tolerated.

In this reference, Ms Adrija Bose, (Associate Editor, News 18) pointed out that the different helpline numbers set up by different agencies have been found to be wanting in their response Further, with the wide gender gap in access to technology for women, these helpline numbers, email addresses, WhatsApp numbers may not reach out to all women in need.

Another reason behind this shadow pandemic is the limited access to the legal machinery under the Protection of Women from Domestic Violence Act, 2005 for survivors during the lockdown.

Sharing this concern, Ms Anuradha Kapoor (Director, Swayam) highlighted that state has not allocated any safe spaces for a stay of survivors and assigned shelter homes are also denying entry to survivors in fear of the spread of the virus. There are no transport facilities available for shifting women to safe homes. The issue of domestic violence is also not a high priority for over-burdened police officers. And most importantly, non-functioning of protection officers, legal aid services and even courts has limited the avenues of legal remedies for women.

An important strategy for ensuring timely and adequate response by state machinery for women facing domestic violence, suggested during the webinar, was to declare the Crisis Centre and Counselling Centre for Women as ‘essential service’.

Declaration of Crisis Centre and Counselling Centre will reduce various practical challenges in reaching to survivor women amidst the lockdown and would increase the effectiveness of state response.

Sharing the experience of working of Dilasa Crisis Centre, Sangeeta Rege (Coordinator, CEHAT) highlighted that reaching out to shelter homes in advance, issuing specific ID-card to Dilasa team members, ensuring transport facility for mobility, preparing resource directory of NGOs and community services and developing specific guidelines for handling domestic violence during lockdown are few of the strategies adopted by the Dilasa centres in tackling the domestic violence cases.

Similarly, Padma Deosthali (Public Health Expert, Bihar) working with ‘Sajha’ (an initiative by Care India) in Bihar also highlighted the need of re-orienting training, protocols and guidelines in responding to challenge of domestic violence amidst lockdown. She specifically emphasized on the need of ensuring access to reproductive and contraceptive health for women during the lockdown.

Thus, with the declaration of support systems as essential services and effective planning, survivors can be supported, as for example of Dilasa and Sajha shows.

In conclusion, the most important lesson learnt during the webinar is that only when adequate political messaging and effective access to support is ensured by the policymakers that the women would be able to face the ‘shadow pandemic’. If that fails, women would be forced to suffer silently with nowhere to go.