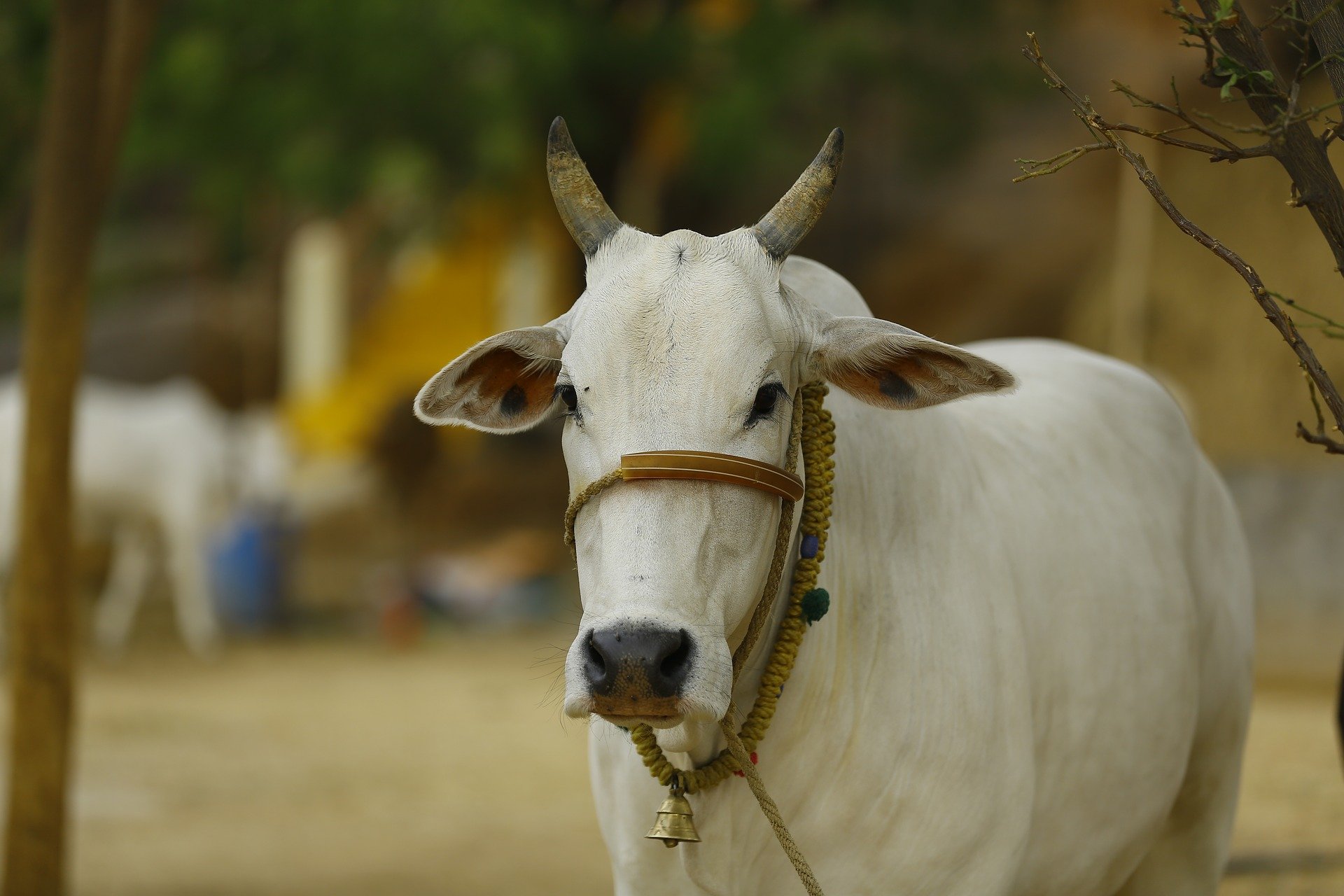 The Indian judiciary and its not so holier-than-cow verdicts

In recent years, there have been increased instances of cows being granted reverence in judicial pronouncements. That many of the assertions made by these judges fail to separate religion from the law is beyond question. Even more problematic are the nonsensical assertions of cosmic powers and oxygen-generating abilities that have been attributed to cows in order to justify disproportionate punishments doled out to individuals belonging to minority communities. HARITIMA KAVIA writes about the decline of judicial rationale and the rise of religious bias in the judiciary.

IN Hinduism, the cow has a divine significance and is therefore revered and protected. The union government, sharing this sentiment, has already allotted Rs. 500 crore for the protection and conservation of local cow breeds.

The judiciary, too, has joined these impassioned efforts for the benefit of cows. So much so that, on September 1, 2021, the Allahabad High Court observed that the cow should be declared the national animal of the country, and held that gau raksha (“protection of cows”) should be made a fundamental right of Hindus.

The Allahabad High Court writes its own mythical text

The single-Judge bench of Justice Shekhar Kumar Yadav made a litany of comments regarding the religious and cultural significance of cows, while denying bail to the applicant, who had been charged with cow slaughter in March. It was noted that the accused had not been charged with this offence for the first time, and that granting bail to him would disturb the harmony of society.

In his twelve-page order, Justice Yadav invoked mythology several times, stressing on the importance of the cow as previously established in the age-old scriptures of the Ramayana, the Mahabharata, the Shastras and the Puranas.

The High Court used the merits of modern science to back its archaic stance, stating that the cow is the only animal that inhales and exhales oxygen.

Adding to this, the Court made a rather tangential remark asking people to not forget the Taliban takeover of Afghanistan earlier this year. The Court warned people, stating that “whenever we forgot our culture, foreigners attacked us and enslaved us and if we are not warned, we should not forget the unbridled attack on and capture of Afghanistan by Taliban.”

While addressing the question of whether the consumption of beef is a fundamental right, he opined that “right to life can’t be snatched away merely for another’s pleasure of taste, and that the right to life is above the right to kill. The right to consume cow-beef can never be a Fundamental Right.”

This finding is in contrast to a previous judgement of the Allahabad High Court in 2017, wherein it was held that food and food-related habits are indisputably included within the right to life under Article 21 of the Constitution as “food that is conducive to health cannot be treated as a wrong choice.”

Further into the detailed pronouncement alluding to the holy cow, the Court noted that cow’s ghee is used for oblations in ‘yajnas’ (“a ritual sacrifice”) since it “gives special energy to sunrays, and ultimately causes rain.”

It concluded that the cow should be made the national animal of the country as the current anti-cow slaughter rules and regulations hardly suffice in protecting them. The Court saw this move as the only way to ameliorate the worsening conditions of cow shelters around the country and protect the consecrated animal.

Hindu interpretations of the Constitution

Although this ruling raised many eyebrows, it is hardly a bolt from the blue, as the Indian judiciary has pedestalized the animal and propounded its religious and cultural importance several times in the past.

In 2019, the Rajasthan High Court made an analogous ruling to declare the cow the national animal.

The Single-Judge Bench held that the Chief Secretary and the Advocate General of the state would thereafter be the legal custodians of cows.

Counterintuitive to the spirit of the Constitution of India, the Court made serious implications regarding the religious identity of the country while stating that “Nepal is a Hindu nation and has declared cow as national animal. India is a predominant agriculture country based in animal rearing. As per Article 48 and 51A (g) it is expected from the State government that they should take action to get a legal entity for cow in this country.”

The Bench also allowed future litigation by granting people the right to file public interest litigation for the declaration of the cow as a national animal.

Many other rulings on the importance of the cow have been made using  religious, economic or scientific rationales. In 2019, the Punjab and Haryana High Court justified the ban on cow-slaughter by recognising the animal’s rights stemming from its importance in Hindu culture. It was held that the cow embodied the cosmic law of ‘dharma’, meaning righteousness.

Reversal of its stance by Supreme Court

Moreover, the Apex Court has also championed the cause of cow protection while overturning its own decision with unsettled claims regarding beef consumption. In 1958, the Supreme Court held that “there is no getting away from the fact that beef or buffalo meat is an item of food for a large section of the people in India” and that beef is a “poor man’s food.” While deciding the constitutionality of cow-slaughter ban laws in Bihar, Madhya Pradesh and Uttar Pradesh, the Court further stressed on the question of the economic waste of “useless cattle.”

The Court concluded that “poorer people, therefore, who can hardly afford fruit or milk or ghee are likely to suffer from malnutrition if they are deprived of even one slice of beef or buffalo flesh which may sometimes be within their reach.”

Nearly four decades later, in 2005, the Supreme Court reversed its stance by stating that “Beef contributes only 1.3 per cent of the total meat consumption pattern of the Indian society”, and that nutrition is not “necessarily associated with non-vegetarian diet and that too originating from slaughtering cow and its progeny.”

The Court acknowledged the preceding judgement of the Gujarat High Court, wherein comparisons were made between cow dung and the Kohinoor diamond, and afforded protection to the animal.

Many courts in the Indian judiciary have jumped on this bandwagon that sanctifies the cow. However, their efforts have produced such unheard of assertions that cause one to question not only the legal, but also the factual validity of these statements.

That the judiciary is stooping to the level of the uninformed is a cause for concern at a time when religion-based violence has been surging in the country. It is imperative that judges be trained to keep personal beliefs out of judicial decisions, and that accountability is established for judges’ failure to adhere to the secular values of the Constitution.