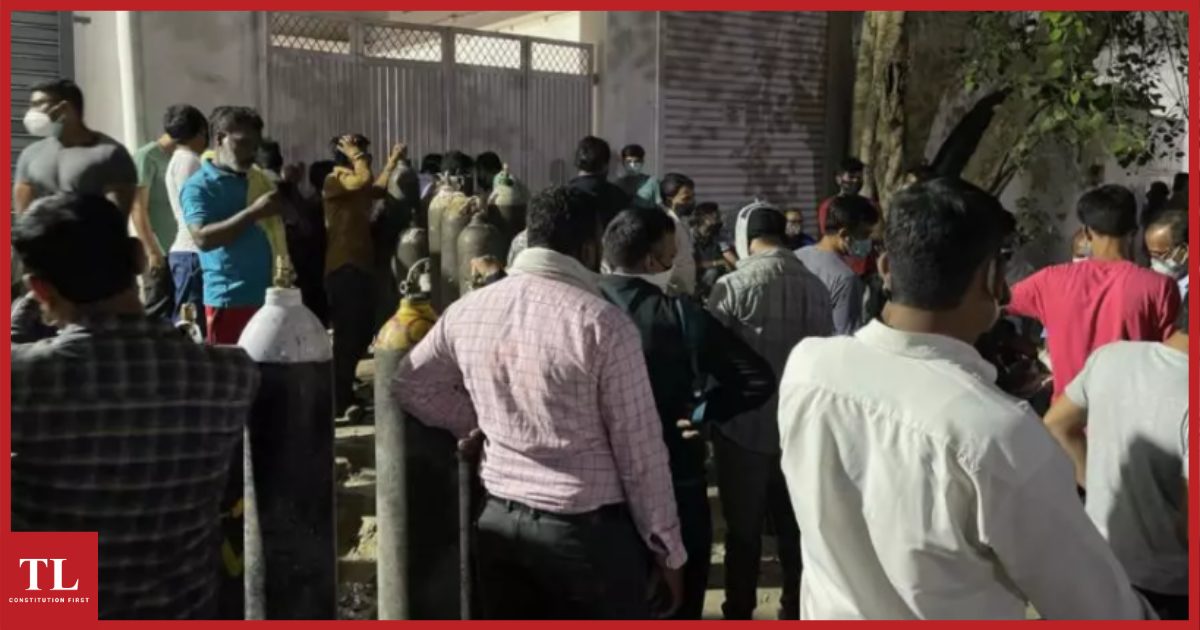 I had never seen a man die gasping for breath until I met Chander Prakash. He was 43 years old, about 5’6’’ and with O2 saturation of 35. To me, he was a stranger who I had lent my oxygen cylinder, but to my friend, he was her maid’s husband and to Lata, his wife, the world. I met them at the Max Hospital in New Delhi’s Saket at 9 PM in the emergency dock area, amid pleadings for a bed and a Rapid Antigen test. The scene was ghastly, as for the past five hours he had been carted from hospital to hospital in a sliver Duster only to be rejected each time.

It took another hour, before tests were done, and we had to take a call seeing our depleting O2. We had to get oxygen to Chander, otherwise his death was imminent. It was nearing 10 PM, when he began his fight against death. First we drove to Subhash Nagar, where a kind hearted Sikh man was running an ‘oxygen langar’ in the shadow of the deserted Pacific Mall. Four patients were ahead of us and our cylinder was almost over. Patients sat on pavements, coughing, confused and wheezing, fighting to survive. Our pleas for admission were answered when a volunteer saw Chander’s O2 level dipping below 30. Lata and him were let in. By this time Chander could still walk, slowly, and Lata was hopeful.

The alarmed volunteer (sevadar) told us, “We had (oxygen) cylinders coming to us, but the police has stopped our truck. They are accusing us of black marketing, whereas we are giving seva to people for free.” He was sad he couldn’t help us. The Sikh community was risking disease and death at this hour to help people. He warned us that the concentrator would only sustain Chander, and we urgently needed our cylinder to be refilled. 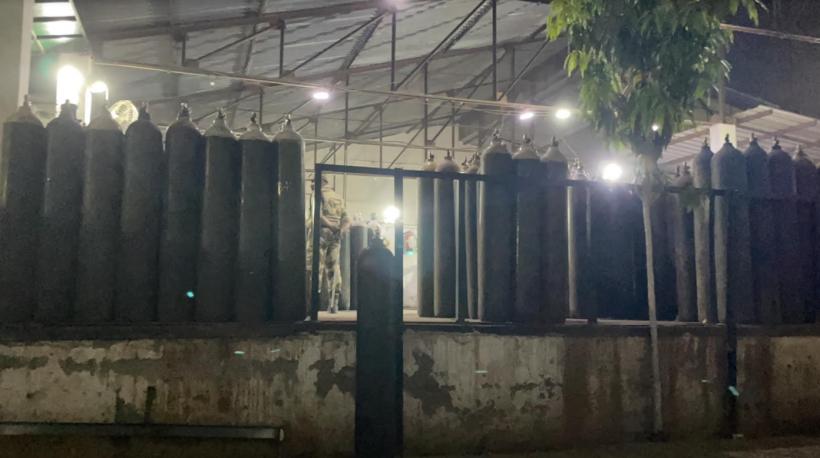 It was 11.30 PM, and an empty dark road awaited us. We searched oxygen through Naraina, and other refilling stations until we reached Mayapuri, where people had been waiting since 6 AM for oxygen. We thought this was the end for Chander, but if almost through miracle, a policeman helped us. He almost saved Chander’s life, we thought, while exiting the filling station at 1:54 AM.

When we reached the ‘langar’, Chander had already been without oxygen for 30 mins, and his levels were critical. He was disoriented and could barely get into the car, and even after we rejuvenated him with oxygen, he was short of breath and in discomfort. In my mind, it was clear, maybe he won’t even survive the night. We prayed as we drove from AIIMS, Safdarjung, ESI hospital and finally to Max again, hoping he lives the night. All along this, we were only met with distressed and overworked doctors, three patients sharing one bed at AIIMS emergency and at Safdarjung, the scene was macabre. As Safdarjung was not a designated COVID-19 hospital, they blankly refused. Just outside the emergency, people were gasping to their deaths. They were all helpless, poor and couldn’t breathe. No hospital or doctor helped them, as a daughter embraced her living mother, for one last time. 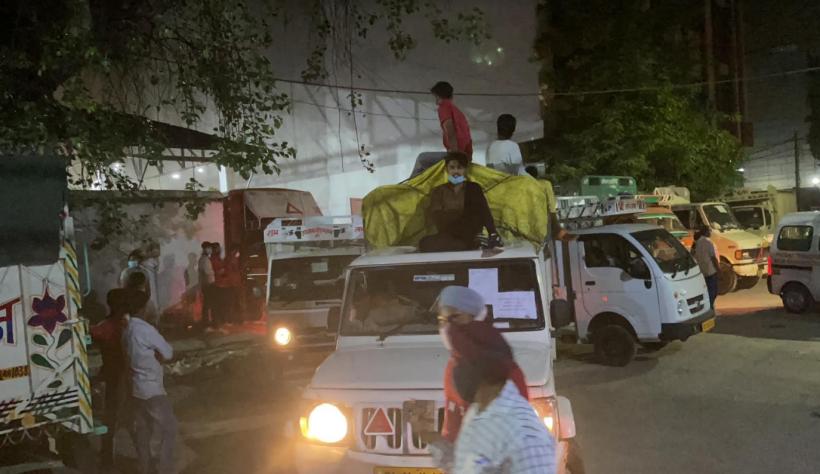 By now Chander’s oxygen had dropped to 10 and we were refused again by Max, due to no beds and sent us home. A kind doctor did prescribe medicines, but maybe he knew Chander’s fate. By this time it was 6 AM, Chander had lived the night, but his state was very poor. His legs couldn’t move, he could barely talk and probably had multiple organ damage. Two hours later, he died of a stroke, in pain and breathless, next to his two children. But I knew he didn’t die of COVID-19, he died because he was poor and uncared for. He died because the government’s COVID-19 crisis plan was working, and the poverty and population problem was being solved with one stone, i.e., COVID-19.

‘Oxygen, oxygen everywhere but not a litre to breathe’. Yes, Mr Coleridge, this is the rhyme of the modern mariner, sailing through this dreaded ‘plan-demic’. Why is this a ‘plan-demic’? Because the government knew what was coming, yet PM-CARES funds amassed bank interests and not oxygen plants, in Delhi, Uttar Pradesh, Madhya Pradesh, et al, where thousands of deaths could have been averted. Perhaps, it would have made Dr Harsh Vardhan less of a liar too.

Far from “adequate supplies of oxygen”, Delhi hospitals are rejecting patients due to lack of oxygen, meanwhile others die in hospitals due to oxygen shortage. The government has stressed on home care of mild symptoms, yet by shutting private refilling station in Delhi, made it impossible for patients to procure their oxygen.

May 1 and 2 saw the worst oxygen crisis for home care patients in Delhi. A volunteer Aman Sharma, 27, travelled over 300 kms around Delhi-NCR reporting on oxygen situation, “There is no oxygen in the city. All the major centres are waiting for tankers. There is no supply and States are opting for regionalism instead of humanity,” he said. His observation reflects the sombre mood of the city as even big centres such as from Shaheen Bagh to Mayapuri didn’t have oxygen. Meanwhile, Kejriwal is telecasting his incompetence, pleading to Modi, like a powerless chump. 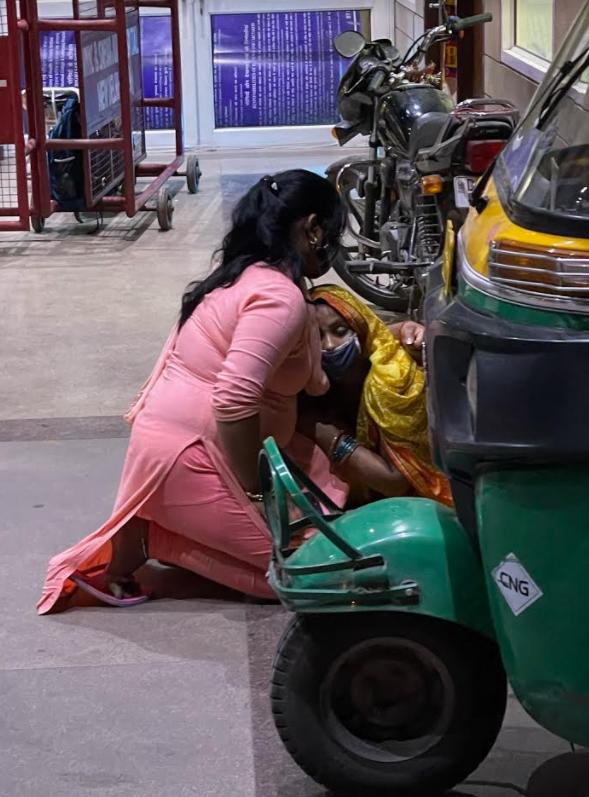 Delhi is blaming Modi and Modi is blaming someone else, while innocent people are dying. New age politicians are governed by Machiavellian rules and Twitter likes, not by their heart. At this point, Amartya Sen’s analysis of the a food famine comes to mind. He had said that famines are caused not by the shortage of food, but by inefficient distribution systems. Similarly, today the artificial scarcity of oxygen and this oxygen famine is a result of bad policies and malicious political designs. We have enough oxygen in the country and the world, then why is failing to reach the dying poor or the hospitals in Delhi? How many dying Chanders, how many orphaned children and how many lying politicians will it take before people will rise, and take back their right to breathe? I think at this point, not very many.

(The author writes on agriculture and environment and is the former director of Policy & Outreach, National Seed Association of India. The views are personal.)