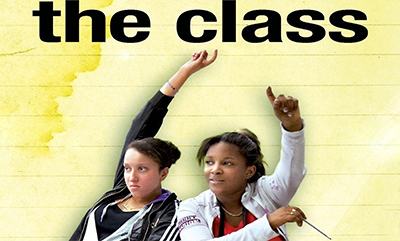 The French connection: Living law in Laurent Cantet’s The Class

[dropcap]T[/dropcap] he Class is a film unlike most. It is presented as a documentary but is packed with drama. This generic ingenuity enables a fresh perspective on immigration, one of France’s thorniest issues. It is no wonder, then, that it won the Palme d’or at Cannes in 2008.

Like its French title, Entre les Murs (Between the Walls), it is almost exclusively focused on a classroom in a Parisian secondary school. The students overflow with life and energy as adolescents would. But they belong to immigrant families emasculated by unemployment, racism and domestic violence. The students are aware of their disadvantage which lends the film poignancy and you are sympathetic, even when they are at their most difficult. Laurent Cantet, the director, is known for working with young people. They challenge his prejudices and he challenges ours.

The film is based on the autobiography of Francois Begaudeau, a secondary school teacher, who plays himself. His last name is Marin in the film. The students and their parents play themselves too. Though the film is fiction, it is not overly determined by plot and script. The drama derives from the way the students negotiate their identity in everyday ways, through their casual references to ethnicity and racism, what they would like to be as adults and their mistrust of an education which doesn’t address the imperatives of their lives. There is frequent use of the close-up which makes each student into a star. We experience face, skin colour, dress, smile with vividness and immediacy. Souleymane’s gaze, voice and humour are ironic; Boubacar is playful, a child still; and Sandra is obnoxious except when she smiles. The students fully engage your senses and intelligence and they can make you feel very uncomfortable.

Public education in France is a sprawling institutionalised network. 85% of the schools in France are public. Marin’s relationship with the students is a dramatisation of the French integration process as he tries to school them in “French” values. He is well-meaning and represents French officialdom at its best as he encourages them to express themselves, to contest him and what he stands for. Boubacar brings sexuality into the classroom and Souleymane rarely brings his books to school. Khoumba will not read aloud if she doesn’t feel like it. The students test him relentlessly and he opens himself up to their disaffection to the point that we feel sorry for him. Despite his best efforts, however, there are constant slippages. When Sandra tells him she’s read Plato and finds Socrates “cool”, he is sceptical. The camera dwells on her knowing smile. She is hurt and we feel bad for them both.

It is no coincidence that Marin is a teacher of French. An acculturation, similar to the one that went on in the colonies, is going on in the classroom. France is a heavily centralised country and language too is a matter of state. Its official custodian is the French Academy whose job it is to standardise and regulate its usage. But the students put up resistance using humour, sarcasm and plain common sense. They have their own French, their varied accents, their jargon and have no use for the Academy’s statist concerns. Esmeralda asks Marin what the point of learning the “pluperfect subjunctive tense” is, and he has no answer. She concludes by saying that only “the French” speak that way. Francois asks her whether she isn’t French too. She is, but differently. Not like the Academy would have her be.

French schools are assimilatory, but are they adapted to immigrant realities? What do republicanism or secularism, or even Liberte, Egalite and Fraternite, mean to immigrant students? Are these concepts equal to the challenge of Muslim girls wearing headscarves to schools? The French debate over it was bitterly acrimonious. It lasted years. French secularism carried the day and the practice was banned in 2004. There is no consensus, however, on the recognition of Islamic culture and custom in France. The topic is contentious and the rise of radicalism is proof of this. Coincidentally, 78% of French school teachers were in favour of the ban whereas the vote was evenly divided among young Muslim girls.

As the film progresses, there is a buildup of tension. We sense the compressed and unpredictable energy in the classroom and know that something will soon give way. Sure enough, when Souleymane attacks Marin physically, he unwillingly hands in a report recommending disciplinary action. The principle of authority has historically played a larger role in French education, and still does, than in other European countries. There is an elaborate disciplinary process common to all schools which is followed meticulously. Discipline is considered educational. It is meant to teach you how to be responsible as an individual. How fair is it to impose it on a boy whose problems overwhelm his capacity to take responsibility for them?

Discipline also functions as a means of social control, of maintaining the status quo when there is no other way. Souleymane and the other students are children of immigrant housing which ring Paris. Social housing, like inner city ghettoes in America, is a tinder box and when things flare up and the response of the state is to use force. The death of two young boys hiding from the police in 2005 had led to a three-week wave of riots by immigrant youth. These riots had been called a watershed but there has been no new thinking, no fresh approach and French immigrant youth is languishing. Racism is endemic in the French job market and 40% of them are unemployed.

Like the Muslims in France, America’s largest immigrant group is Hispanic. Together with the black population, they are likely to attend what are called “high-poverty schools”. Public education in America, unlike in France, is poorly funded and there have been recent budget cuts which have eaten into Obama-era initiatives such as quality afterschool programs in high poverty schools and a program to support public school teachers. Whether in Europe or in America, immigrant schooling remains a problem. The Trump administration is poised to exacerbate things. But resistance is building up to his immigration policies and there have been a slew of suits filed by individuals, civil rights organisations and city and state administrations. San Fransicso, for example, is suing Trump’s executive order to withhold federal funding from sanctuary cities, which have decided to limit cooperation with his administration’s tough immigration policies. The travel ban on Muslims appears to have been defeated.

Immigrants are commonly viewed as outsiders who should relinquish their origins and adopt the values of the host country. But The Class presents French multi-ethnicity as an undeniable reality. Marin’s African students identify with their parents’ countries of origin in football matches. They root for Ghana, Algeria and Ivory Coast and do not seem less French for that. Here as elsewhere The Class functions beautifully through suggestion. It makes the audience see for themselves what the ground reality is and that its repudiation leads to problems. Kashmiri students in India, for example, have been beaten up for as little as cheering for Shahid Afridi. And it has long been unacceptable for Indian Muslims to profess even the slightest degree of identification with Pakistan. The present government has announced a proposal to extend Indian nationality to Bangladeshi Hindus having lived in India for a period of time, while excluding Bangladeshi Muslims. The Assamese, for their part, want none of this policy at all.

Given the extent to which French identity and language are enmeshed, one of the most striking characters in The Class is Souleymane’s mother. When Souleymane faces the disciplinary committee for having attacked Marin, it decides to expel him. The deliberations of the committee, however, are expressed in a language which is formal and procedural. It is not in the least bit responsive to his poverty, his feeling of exclusion and the fact that endures violence at his father’s hand. These realities are unconscionable for mainstream France and they are brushed under the carpet. Souleymane’s mother speaks for him. She speaks only Malian and no French. And she is dressed in traditional Malian costume. This is symbolic. Hers is not the language of centralized authority, it is that of a mother. She tells the committee that Souleymane is a “good boy”, that he helps her at home and cares for his younger siblings. Justice as she conceives of it, in a natural and instinctive way, should be alive. It should be responsive to the concerns of the immigrant class.

Through her, Cantet pays a quiet tribute to immigrant mothers who are unseen and unheard and who improvise constantly to meet the demands of incompatible cultures. As such, they play an important though uncelebrated national role. Through her, Cantet suggests that France should look at ground reality, practise compassion and deliver a justice that is living and practical.