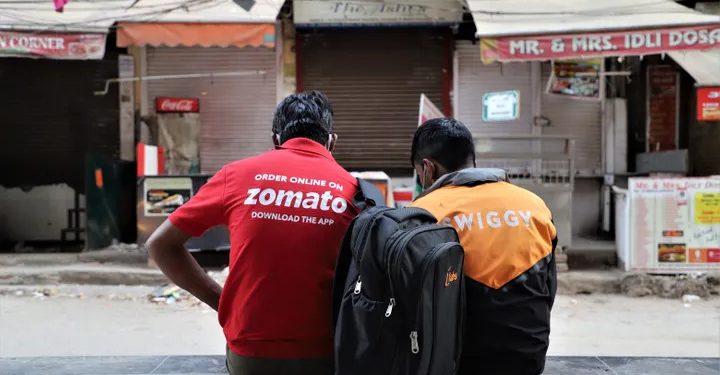 The empty promise of social security to gig workers

IN September last year, the Indian Federation of App Based Transport Workers [IFAT], a workers’ organisation consisting largely of gig transport workers, filed a public interest litigation at the Supreme Court of India, demanding social security benefits for gig workers engaged in transport and delivery services. The petition, which the court agreed to hear, raises the critical issue of the status of social security, and whether it is a fundamental right of workers, including of gig workers. This is particularly critical as the COVID-19 pandemic has led to a boost in gig jobs, which while allowing for flexibility of work, also contributes to precarity and entrenchment of informalisation.

A study by IFAT in partnership with the International Transport Workers’ Federation (ITF) titled ‘Protecting Workers in the Digital Platform Economy’ demonstrated that a large section of gig workers had no form of social security. In fact, only 0.15% of the workers surveyed had access to the bare minimum in the form of “accidental insurance”. Similarly, the Fairwork India Ratings for the year 2020, ranked the popular food delivery apps Zomato and Swiggy, at the very bottom of their list. Essentially, gig workers, often deemed to be the future of work, are largely treated as independent contractors. In our neoliberal times, this is the norm across all sectors, enabling employers to wash their hands off extending any form of social security or protections to workers, thereby maximising profits at the cost of dignity of the most vulnerable members of the working class.

While the IFAT petition is an important move in attempting to address the precarity of workers engaged in the gig economy, it is critical to pay attention to the recent overhaul of labour laws and its impact on gig workers. The Parliamentary sessions of 2019 and 2020 witnessed, amongst many things, the passage of four labour codes. These four codes seek to consolidate 29 labour legislations.  These yet-to-be-notified codes are The Code on Industrial Relations, 2020; The Code on Wages, 2019; the Code on Social Security, 2020, and The Code on Occupational Safety, Health and Working Conditions, 2020.

Issues with the Social Security Code

The Social Security Code, 2020 [SS Code] consolidates nine laws relating to social security, including the Unorganised Sector Social Security Act, 2008 [USS Act] – one of the few pieces of legislation which was applicable to unorganised workers. The SS Code has been viewed by many as a missed opportunity to strengthen the social security net for workers. Trade unions and labour activists have been consistently demanding that social security be universalised and a rights-based approach adopted.

A large section of gig workers had no form of social security. In fact, only 0.15% of the workers surveyed had access to the bare minimum in the form of “accidental insurance”.

The National Commission for Enterprises in the Unorganised Sector [NCEUS] in its policy papers has time and again recommended a universal national minimum social security scheme for unorganised workers as a matter of entitlement. Such a social security scheme, it stated, must cover life, health, and disability, as well as maternity and old age security for unorganised workers in the agricultural and the non-agricultural sectors. The NCEUS had also suggested that two comprehensive laws be introduced for the unorganised agricultural and non-agricultural workers to ensure minimum conditions of work and social security. The NCEUS’s recommendations, however, did not find a place in the USS Act, a piece of legislation which has been critiqued for being a paper-tiger, or the SS Code.

Also read: Behind the success of the gig economy

The SS Code, for the first time, defines ‘gig workers’ and ‘platform workers’. The intent behind this is to bring them within the scope of social security nets. A gig worker is defined as “a person who performs work or participates in a work arrangement and earns from such activities outside traditional employer-employee relationships”. Platform work is defined as “a work arrangement outside of a traditional employer-employee relationship in which organizations or individuals solve specific problems or provide specific services or any such other activities which may be notified by the Central Government, in exchange for payment” and a platform worker as one who engages in platform work. The SS Code also defines an unorganised sector worker as one who works in the unorganised sector and is not covered by the provisions of the Industrial Relations Act, 1947. Consequently, both gig workers and platform workers are also covered by the definition of unorganised sector worker.

Including gig workers and platform workers within the scope of a social security legislation is a welcome move since they had an ambiguous status in law, allowing for ease of exploitation as they are treated as freelance workers. India has also witnessed considerable debate concerning whether tech gig work platforms (such as Uber, Zomato, Swiggy, and so on) qualify as employers or are mere intermediaries. The Supreme Court of the United Kingdom, in its judgement Uber BV & Ors. vs. Aslam & Ors. last year, held that platforms such as Uber qualify as employers, thus making drivers eligible for employee benefits and protections.

Also read: The gig is up: international jurisprudence and the looming Supreme Court decision for Indian gig workers

While this case is an important precedent, it is yet to be seen what impact it will have on the regulatory landscape for gig and platform workers in India. While the SS Code takes a step in the right direction, the definitions of gig worker, platform worker and unorganised sector worker are overlapping and confusing. As the Code envisions different social security schemes for each of these categories of workers, there is a lack of clarity about what scheme will apply to whom, potentially leading to challenges at the stage of implementation.

The definitions of gig worker, platform worker and unorganised sector worker are overlapping and confusing. As the Code envisions different social security schemes for each of these categories of workers, there is a lack of clarity about what scheme will apply to whom, potentially leading to challenges at the stage of implementation.

Another issue is that the SS Code largely replicates the failed USS Act in its approach to social security. Similar to the USS Act, the SS Code adopts a welfare-based approach towards social security and places an obligation on the union and state governments to ‘frame and notify, from time to time, suitable welfare schemes’. The Code provides for the setting up of helplines or facilitation centers to assist unorganised sector and gig/platform workers. However, it leaves this to the discretion of the government. While it empowers the union government to frame social security schemes for gig and platform workers, here again, such obligation is not mandatory. The language of the SS Code, just like the USS Act, continues to treat workers as beneficiaries of government benevolence and does not provide any timeframe for the introduction of schemes. The IFT petition, which seeks a reframing of social security as a matter of right, is critical in this context.

Also read: Women participation in gig economy: Why Urban Company’s suit against protests by its “partners” calls for legal intervention

The SS Code also does away with progressive provisions of the USS Act, such as workers facilitation centres. Under the USS Act, the government was mandated to set up workers facilitation centers which would register and issue portable social security cards to unorganised sector workers and provide them various forms of assistance. A similar provision does not find mention in the Code.

Further, the funding of social security schemes for unorganised and gig/platform workers is dependent on the coordination of the union government and state governments, and in some cases, aggregators. This raises concerns about financing of these schemes, given the Centre and State may keep tossing the ball in each other’s court and not take responsibility. Aggregators may not be happy about having to make financial contributions which eat into their profits and may challenge such a statutory mandate.

Finally, the shoddy implementation of the earlier USS Act by both the union and the state governments suggests the likelihood of this experience being replicated in case of the SS Code. The adoption of a failed welfare-based approach towards social security, the absence of binding obligations on the government to extend protection and assistance to unorganised sector and gig/platform workers, and the lack of progressive provisions that found mention in the USS Act demonstrates the missing political commitment on the part of the government to bring vulnerable workers within the net of social security.

The adoption of a failed welfare-based approach towards social security, the absence of binding obligations on the government to extend protection and assistance to unorganised sector and gig/platform workers, and the lack of progressive provisions that found mention in the USS Act demonstrates the missing political commitment on the part of the government to bring vulnerable workers within the net of social security.

As we move towards a largely informalised gig-based economy, it is critical our labour laws evolve to adequately respond to it, while staying true to their original objective of protecting workers interests and redistributive justice. The SS Code, which is being paraded as a progressive move for gig/platform workers, is a mere lip service to social security, and we should be wary of such window dressing.

(Namrata is an assistant professor of legal practice at Jindal Global Law School, O.P. Jindal Global (Institution of Eminence Deemed to be University). The views expressed are personal.)