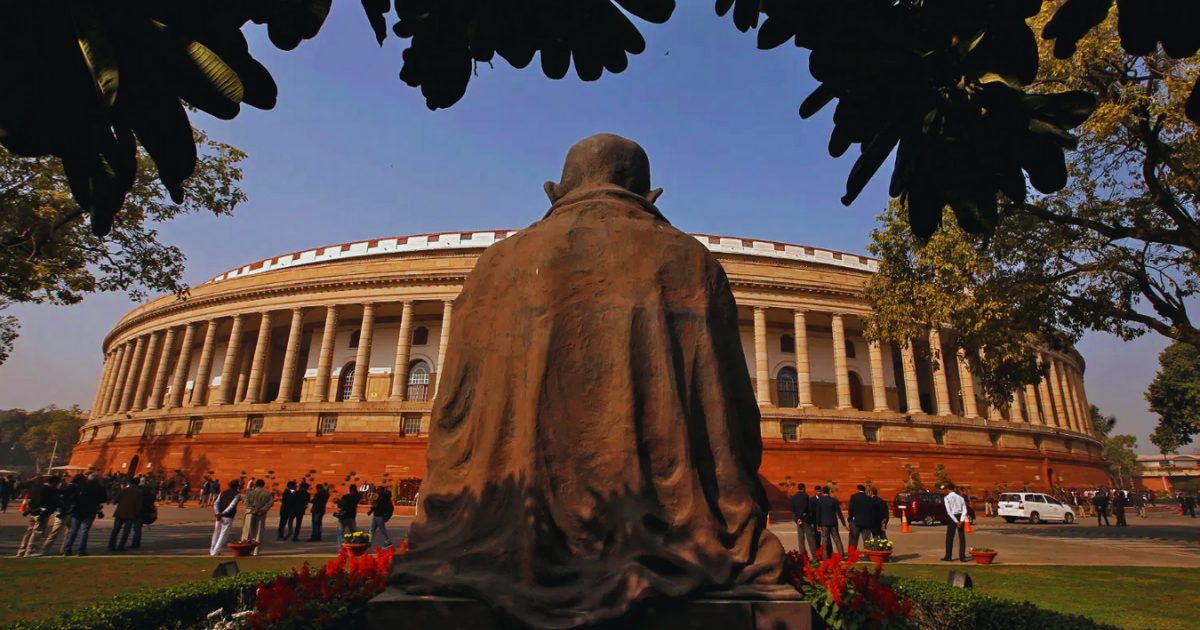 The Decline of the Parliamentary Process in India

THE sanctity of the democratic process has largely been acknowledged as an essential element of a democracy. It seems, however, that in certain phases in the past but especially in recent years in India, that process has taken some beating due to the government’s disregard for it, as a result of its large parliamentary majority.

Scholars have written extensively about the Indian Constitution’s tendency to concentrate power in the face of large majorities and strong governments. The democratic process was designed to include collaborative decision-making, checks and balances, and the management of individual arbitrariness. The prudence and integrity with which this process is followed speak strongly to the quality of democracy we practice. It is therefore deeply worrying to note how that process has been under attack on several fronts.

Article 75(3) of the Constitution requires the Prime Minister and Council of Ministers to be accountable to the Lok Sabha. The executive branch’s accountability to the legislative branch of the State is ensured through this split in function.

The government’s legislations are set to vote in Parliament before they become law, there are procedures like the Question Hour in Parliament to give legislators the forum to scrutinize and question the government, and there is a second house, the Rajya Sabha, which represents the states.

Such an intricate system is intended to secure the accountability of the government. Many of these features are common in parliamentary systems like ours. But the dominance of a single party in the parliament has blurred this separation and any accountability it seeks to achieve.

The Bharatiya Janta Party (or any large party) which occupies the majority in the Lok Sabha and control in the government can effectively absolve itself of any substantial check or scrutiny. A notable and recent example was the widely discussed suspension of the Question Hour in the first session of Parliament in 2020 after the onset of the pandemic.

Pushback by the Opposition parties and their monitoring of the government in the Lok Sabha, while prevalent in some form, have been weak and not produced the desired effect. Perhaps reconsidering our current relationship between the executive and the legislature will make this arrangement of accountability more meaningful in practice.

Also read: Why has Indian democracy been downgraded?

The Rajya Sabha, the second house of Parliament, is an institution that has regularly witnessed the tugs and tensions of parliamentary battles. Due to the way in which the Rajya Sabha elects its members, the government cannot be comfortable about enjoying the same support that it has in the Lok Sabha. This means that the Rajya Sabha is more than a site for procedural formalities, and holds the power to scrutinize the government closely.

Two very important trends in recent years have weakened the Rajya Sabha and its potential for being an important tool for accountability- change in its constitution process, and the frequent use of the money bill route.

Rajya Sabha members are elected by the Legislative Assemblies of the States. The requirement that Rajya Sabha members belong/reside to the state they represent in the house was done away with by an amendment to the Representation of the People Act in 2003, allowing strategic placement and control of members as opposed to the intended purpose of having a second house, which was representation and accountability.

The Money Bill issue has been discussed in detail several times before. The essential idea is that when it comes specifically to Money Bills, the Lok Sabha wields greater control over their initiation and passing than the Rajya Sabha. This feature of our political design has been misused regularly by the current government to get ordinary bills passed as money bills in the Lok Sabha when it does not have support in the Rajya Sabha.

The obvious dangers of performing such legal gymnastics (read: constitutional manipulation) are the withering away of central mechanisms of accountability and scrutiny, something that the system of having two Houses of parliament is premised on.

Also read: Indian Democracy is only as strong as its institutions

Another highly effective step in the parliamentary process is the procedure of passing bills. Two important stages of this process can be discussed here: the process of review by parliamentary committees, and the voting procedure.

Parliamentary committees are closed bodies that discuss and deliberate in detail on Bills in a way that is sometimes not always possible in parliament. They are occupied by members of all parties and often include expert consultations as well. They magnify the focus on the Bills and the reports these committees release on Bills are usually helpful in refining the lawmaking process. They can be a valuable tool of scrutiny, both in terms of the procedure and the substantive content of the legislation.

However, it is disappointing and worrying to note the declining efficiency of these committees. An analysis by independent research institute PRS Legislative Research shows that much of the desired expert consultation and deliberation does not occur anymore. The committees run on poor infrastructure and logistics, with members attending infrequently.

Referring Bills to committees is not mandatory (but nevertheless ideal); its rate has nosedived under the present regime. For instance, the 14th and 15th Lok Sabhas of the United Progressive Alliance governments referred 60% and 70% of Bills respectively to parliamentary committees, in striking contrast to the National Democratic Alliance-majority 16th Lok Sabha (from 2014-2019) which referred only 27% of proposed legislation to committees. Several important Bills in the last few years have been passed with no reference to standing committees, denying the opportunity to subject laws and their impact and unintended consequences to close scrutiny.

What is worse is the manner in which bills have been rushed through Parliament in a circumspect manner. For example, the three controversial farm bills passed in September 2020, were cleared amidst the ruckus and heated argument. They were hardly discussed, if at all, and passed through a disputed, heated voice vote in spite of objections to the same being raised by most opposition parliamentarians. We also saw the Opposition walkout in protest.

One would have assumed that such a stand would be acknowledged and respected by fellow legislators of the House. What followed instead was the passing of close to 15 Bills, leaping on the opportunity of an absent Opposition and the celebration by the government of a ‘productive’ session of Parliament.

This was repeated in the recently concluded Parliament session, as the Lok Sabha and the Rajya Sabha discussed bills for an average of only 34 minutes and 46 minutes respectively before passing them, with just one bill meriting discussion of over an hour in both Houses. The Insurance Amendment Bill was passed in the midst of unprecedented scenes of disorder and un-Parliamentary conduct in the Rajya Sabha.

Also read: What you need to know about the recently passed Insurance Amendment Bill

Recently, even Chief Justice of India N.V. Ramana publicly lamented the haste with which the Parliament is passing bills by calling it a “sorry state of affairs”. He highlighted the fact that if the process continues, it would only result in ambiguities in the statutory provisions which leads to an influx of cases demanding a judicial interpretation.

All these trends are an indicator of the slow and unabated decline of parliamentary democracy in India. The state of affairs demands urgent attention from both citizens and policymakers. After all, democratic and political norms are the lifeblood of a healthy democracy.