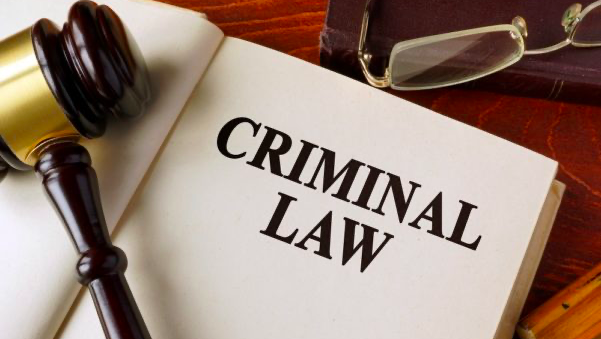 The conflict between Section 188 IPC and Section 195 CrPC

Is there a conflict in the procedure prescribed by law to investigate offences under Section 188 and Section 195 of the CrPc? The author finds an obvious conflict and shows us a way to resolve it.

A PIL titled Vikram Singh vs Union of India (2020) was filed recently in the Supreme Court to quash FIRs registered under Section 188 of the Indian Penal Code, 1860 for violation of lockdown orders. The petitioner argued in this case that Section 195 of the Code of Criminal Procedure bars the filing of an FIR, as it states that “no Court shall take cognisance of any offence punishable under Section 172 to 188 (both inclusive) of the Indian Penal Code except on the complaint in writing of the Public servant concerned or of some other public servant to whom he is administratively subordinate.” This PIL was dismissed by the Supreme Court.

The Unlock 1.0 guidelines also provide punishment for violating the measures under Section 188 IPC apart from other legal provisions applicable. Many FIRs have been registered in previous lockdowns against thousands of people. In Uttar Pradesh, according to the government officials as of 29th April, FIRs have been registered against 33094 people under Section 188 of IPC during the period of lockdown. The situation in other states is also no different.

Section 188 IPC provides punishment for disobedience to an order duly promulgated by a public servant. Section 188 has been made a cognisable and bailable offence as per the First Schedule of CrPC. The regular procedure in such cases would be to arrest the accused without a warrant, register an FIR under Section 154 of CrPC and investigation by the police. Eventually, they shall need to submit the Final Report on completion of investigation under Section 173. On the basis of such report, the Court starts trial after taking cognisance.

The conflict between Section 188 IPC and Section 195 CrPC is that; under Section 188 the police can register an FIR and follow the usual procedure thereafter. However, under the latter provision the court cannot cognizance of any offence punishable under Sections 172 to 188 IPC unless a complaint in writing has been given to the court by a public authority concerned. Therefore this makes the usual procedure of registering FIR, investigation, final report and consequent cognisance redundant.

In the Jeevanandham case the court has also described the object of the provision as follows;

“The object of the provision is to provide for a particular procedure, which gives authority only to the public servant. The legislative intent is to prevent an individual or a group of persons from facing criminal prosecution instituted upon insufficient grounds by persons actuated by malice, ill will, or frivolity of disposition and to save the time of Criminal Courts from being vexed by endless prosecution.”

In Raj Singh vs State [(1998) 2 SCC 391] the Supreme Court held that “From a plain reading of Section 195 Cr.P.C. it is manifest that it comes into operation at the stage when the Court intends to take cognizance of an offence under Section 190(1) CrPC.; and it has nothing to do with the statutory power of the police to investigate into an F.I.R. which discloses a cognizable offence….In other words, the statutory power of the Police to investigate under the Code is not in any way controlled or circumscribed by Section 195 CrPC.”

Here it can be seen that on one hand the court has held there is no bar on exercise of statutory power by the Police on matters of arrest, investigate and give a final report. Yet, on the other hand, it has held that the court cannot take cognizance on basis of the charge sheet filed and thus makes the whole exercise of registering FIR, investigation, and final report useless.

As we have understood, Section 188 is a cognizable offence. In a cognizable offence the usual procedure is that, upon receiving the information regarding commission of an offence, an FIR is to be registered. After this an investigation takes place and a final report/ closure report is prepared accordingly. Now the problem will arise if we adopt this default approach while dealing with an offence which is punishable under Section 188.

This conflict arises, as we have understood above, due to the bar created by Section 195 (1)(a) CrPC. To overcome this conflict we could deviate a bit from the usual procedure. That is to say, once an offence under Section 188 is committed registration of FIRs, investigation and preparation of final report could be done in the usual manner. However, along with the final report the public servant who had promulgated the order shall also give a complaint in writing to the court. If we go by the ruling of the Madras High Court in Jeevandhanam, the High Court does not seem to be accepting of this suggestion, even when this suggestion seems to be apt in the current scenario.

One logical way to approach this conflict is that the concerned police officer can treat the written complaint submitted by the public servant to the Magistrate/ an informal complaint given to the police officer himself as FIR and start a preliminary investigation and keep the findings with himself. When the court orders inquiry/ investigation into the matter, only then can he provide his findings to the court.

Here the informal preliminary investigation done by the police right after having received an informal complaint is better than the investigation done in the regular process considering the importance of time. The problems is that being a complainant and an investigator for the police may lead to an argument that the police are biased. But this need not be the case because the ultimate authority lies with the court to decide on the matter.

The administratively superior authority mentioned in Section 195(1)(a) can supervise the same and can prevent any such arbitrariness and unfairness. Even if there remains any irregularity then the court is empowered enough to reject the findings of the investigation and order fresh investigation.  This way both the provisions can operate together rather than one being operative to the exclusion of others. A harmonious interpretation has been a very important rule of interpretation which allows both the conflicting provisions to operate.