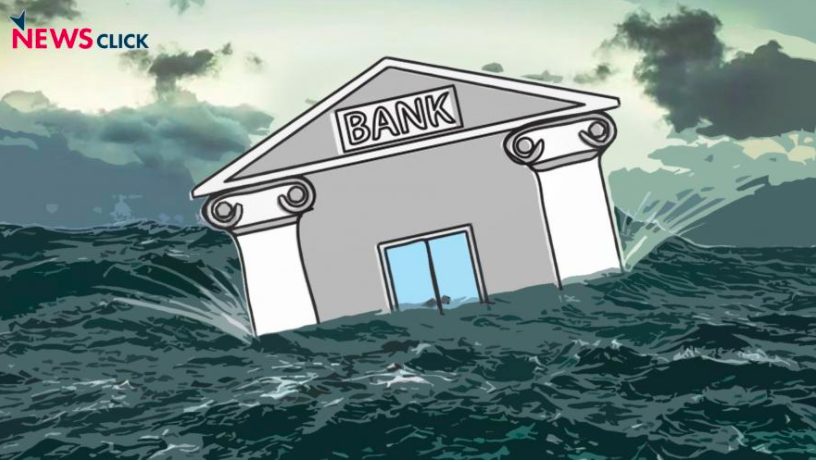 The Charade of a ‘Bad’ Bank

The recent creation of the country’s first mega ‘bad’ bank has been touted as a salvation to the depressing problem of bad loans — euphemistically termed non-performing assets (NPA) — in the Indian banking system. Nothing could be more wrong. Instead, the creation of a big ‘bad’ bank is another example of the egregious conduct of those who are supposed to be custodians of national fiduciary responsibilities.

But first, what is the scale of the problem of NPAs? The overall quantum of bad loans in the Indian banking system at the end of the last financial year was Rs. 8.35 lakh crore, much of it concentrated in the books of public sector banks. This does not include a significant quantum of assets that have been under stress before and during the pandemic, which implies that total NPAs amount to well over Rs. 12 lakh crore.

Two other features of the crisis provide an even more dismal. First, there is extreme concentration of the bad loans; almost three-fourths of all NPAs were those of large corporates. The second striking development, coinciding with the Narendra Modi years in power, has been the manner in which public sector banks have been forced to accept “haircuts” while settling bad loans in the their books.

In the past six years, loans amounting to a whopping Rs. 11 lakh crore have been written off, mostly at deep discounts, which have enabled one corporate entity to buy off the dues of another, while banks have been robbed off their dues. In fact, the cynical silence of on the issue of write-offs of loans of large corporates by those who were crying hoarse about the moral hazards of waiving loans of poor Indian peasants, is striking.

So, will the setting up of a big ‘bad’ bank change any of this? The whole exercise appears to be motivated by the desire to clean up the balance sheets of public sector banks so that these are dressed up for privatisation. The amalgamation of public sector banks, which was motivated by a similar intention, was the first step in the consolidation of banking assets so that they could be sold off. The very structure of the ‘bad’ bank indicates that it is not even intended to address, let alone resolve, the festering problem of bad loans in the banking system.

The ‘bad’ bank fundamentally consists of two entities — the National Asset Reconstruction Company Ltd (NARCL), which will aggregate all bad loans of more than Rs. 500 crore, and the India Debt Resolution Co Ltd (IDRCL), which would sell the assets over a five-year time frame. Crucially, the Union government would provide guarantees that would cover any losses between the face value of these already discounted assets and the price at which they are eventually sold.

Most significantly, the structure of these two entities reveals the potential for egregious conduct in the name of “recovering” value from the sale of these junk assets. While public sector banks would own the majority of shares in NARCL, private shareholders in  IDRCL, which would actually be engaged in selling off the assets after determining their acceptable value, would own the majority of the entity. Surely, this is kind of a structure is questionable because it could encourage kerb-side deals between private entities. This possibility is very real because such private entities would be beyond the mandatory scrutiny of investigating and regulatory agencies that are meant to check malpractices.

NARCL, in which public sector banks are the main investors, is to acquire Rs. 2 lakh crore of bad loans from banks, many of which are also likely to be its shareholders. However, the sale of assets which have already been written off in the books of banks, would be IDRCL. This flags an obvious conflict of interest question: why would the private entity (IDRCL) have any stake in ensuring that the discounted sale of bad loans generates maximum returns for the banks that originally lent and lost the money?

Also, since the government guarantee of a maximum of Rs. 30,600 crore is to run for just five years, there is motivation for IDRCL to sell the assets off as quickly as possible, even if this were to harm the interests of banks that are a part of NARCL. Although banks offering bad loans to NARCL are to get 15% of the heavily discounted value in cash, this is likely to be matched by the investment they make as equity in NARCL.

Effectively, this means that the offer of assets is likely to be cash neutral from an overall banking industry perspective, although individual banks may receive more (or less) what they pay as equity in the ‘bad’ bank structure. The remaining 85% of which will be in the form of security receipts guaranteed by the government for a period of five years.

The biggest imponderable in this entire equation is the valuation of junk assets to be offloaded by banks holding these, for which they have already provided for in their books. The Rs. 2 lakh crore figure is thus only notional. The actual value will depend on the price assigned to the asset when it is transferred to NARCL. This is a major imponderable because transparent price realisation of such stressed assets has not happened in India because of the poor market for stressed assets.

In fact, banking industry experts have suggested that the maximum value of these assets is likely to be only in the 10-20% range. However, even if we expect a value of 25%, the total value of Rs. 2 crore of bad loans is only going to be Rs. 50,000 crore. Of this, only Rs. 7,500 crore is likely to be realised in cash immediately. The remaining amount — Rs. 42,500 crore — is going be given to the banks as securities guaranteed by the government, in effect, deferred payment. The timeframes suggested by Finance Minister Nirmala Sitharaman indicate that banks may well be forced to accept a bad deal for fear of losing even more at a later date.

While valuation of assets is a key imponderable, the only certainty is that the beleaguered banks are in for is another massive haircut. The creation of the mother of all ‘bad’ banks, therefore, only threatens to take public sector banks to the cleaners after what they have undergone in the past few years.

A study published in the Reserve Bank of India Bulletin (April 26, 2021) shows that only Rs 3.32 lakh crore of bad loans were recovered out of a total of Rs. 17.39 lakh crore between 2017-18 and 2019-20, implying a recovery of less than 20%. The heavy haircuts were particularly striking because of the large corporate loans that were sold at heavily discounted rates to corporate entities under the aegis of the Insolvency and Bankruptcy Code, which became effective in 2016.

What a single big ‘bad’ bank does, therefore, is that it creates a single structure for all bad loans with big ticket sizes to be amalgamated under a single entity, providing it scale. This structure also enables private entities, especially asset reconstruction companies that are on the lookout for bargain basement deals. The recent statement by Raj Kumar Bansal, managing director and CEO of Edelweiss Asset Reconstruction Company (BusinessLine, September 30, 2021), welcoming the creation of NARCL is strikingly candid. He said companies like his would prefer that an entity like NARCL aggregates the debt. “We can buy the debt from them, we don’t have to deal with 20 banks,” he said. The Group is also reported to have mobilised over Rs. 9,000 crore to invest in stressed assets.

Quite apart from the adverse consequences for banks and banking activity, the heavily discounted sale of stressed assets of banks is likely to facilitate concentration of economic power. Given the fact that small and medium-sized industrial units have borne the brunt of the pandemic, it is quite likely that the ‘bad’ bank charade will lay the ground for acquisition of assets of these entities by larger players.

Clearly, the move is aimed at cleaning up the balance sheets of public sector banks with the express purpose of making  them presentable for sale. In effect, nothing good will come from the creation of a big ‘bad’ bank.

The writer is former Associate Editor, Frontline, and has worked for The Hindu group for over three decades. The views are personal.