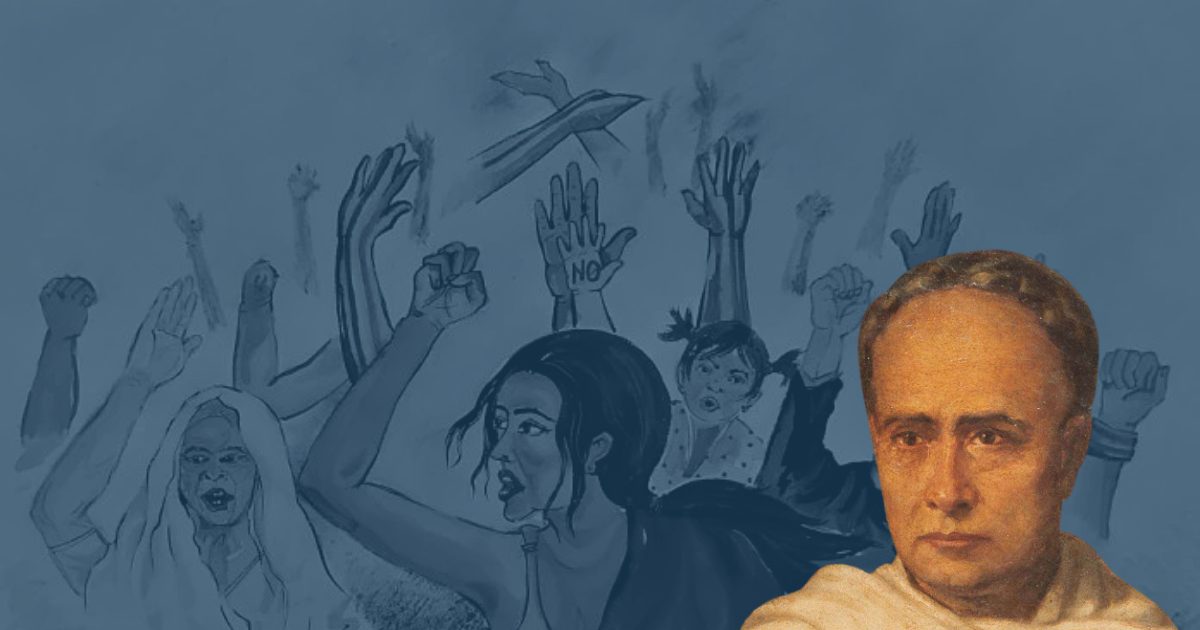 The Bengali bhadralok who declared war on patriarchy to liberate women

Ishwar Chandra Vidyasagar was a trailblazing reformist and visionary who challenged Hindu orthodoxy and regressive customs, especially discriminating against women. Even 130 years after his death, Indian women should feel grateful to this tireless crusader, who freed them from the shackles of patriarchy to a considerable extent, writes ABHISHEK ANAND.

IT has been 130 years since Ishwar Chandra Vidyasagar, the stalwart of Bengal Renaissance and the towering cultural icon of the state, passed away—but India, especially its women, would always be grateful to his trailblazing reforms.

Ishwar Chandra Bandyopadhyay was an educationist, a philanthropist, social reformer and a polymath ahead of his times who fiercely advocated women’s education and widow remarriage and opposed polygamy in an orthodox society. A brilliant student with vast knowledge of Vedic philosophy, Sanskrit, literature and other subjects, he was conferred the title of ‘Vidyasagar’ (Ocean of knowledge) by the Sanskrit College, Calcutta.

Born to Bengali orthodox Brahmins Thakurdas Bandyopadhyay and Bhagavati Devi in Binsingha village, in Midnapore district of Bengal, on September 26, 1820, Vidyasagar spent his childhood in abject poverty. After completing elementary education, he continued his studies at the house of their family friend Bhagabat Charan in Calcutta. According to Bengali folklore, he learned numbers by merely following the milestones on his way to Calcutta.

Vidyasagar, who always excelled in studies, received several scholarships. After passing his Sanskrit law examination in 1839, he joined Fort William College as the head of the Sanskrit department in 1841 at the age of 21.

Five years later, Vidyasagar joined Sanskrit College as an assistant secretary and within one year, found himself at loggerheads with secretary Rasomoy Dutta over his proposed modifications to the syllabus and the administration.

One of the major points of their confrontation was Dutta’s insistence on only admitting Brahmins while Vidyasagar supported the enrolment of students from all castes, including Shudras. Citing the ‘Bhagwat Purana’, he said, “There is no direct prohibition in the shastras against the Shudras studying Sanskrit literature.”

Vidyasagar left the college after a heated argument with Dutta to rejoin Fort Williams College as head clerk. In 1849, he rejoined Sanskrit College as a professor of literature and made adjustments to the curriculum. He was again in the crosshairs of the upper caste Hindu establishment for advocating higher education for both men and women irrespective of their caste.

Vidyasagar was appointed principal of Sanskrit College in 1851 and special inspector of schools four years later. In these four years, he set up as many as 35 schools across Bengal at his own expense.

Vidyasagar challenged a patriarchal society that denied basic rights, like education, and equality to women. He envisioned a society where everyone will be educated irrespective of gender, social status or caste. Education, he thought, was a way to find a great purpose in life.

Vidyasagar was rankled by the orthodoxy of banning widows, even children and adolescents, from remarrying while allowing the same to widowers. Both women and men were married off at a young age. If a man died young, his widow had to spend the rest of her life in austerity as a pariah.

Challenging the regressive tradition, Vidyasagar petitioned the Legislative Council. He immediately faced a torrent of protest from conservative Hindus and the Dharma Sabha, which was primarily formed to challenge the ongoing reforms. However, governor-general Lord Dalhousie drafted the Bill, which was passed as the Hindu Widows’ Remarriage Act in 1856 during the term of Lord Canning.

The Act stated: “No marriage contracted between Hindus shall be invalid, and the issue of no such marriage shall be illegitimate, by reason of the woman having been previously married or betrothed to another person who was dead at the time of such marriage, any custom and any interpretation of Hindu law to the contrary notwithstanding.”

To set an example, Vidyasagar married his son Narayan Chandra to an adolescent widow in 1870.

Also read: Explained: Where Vidyasagar stands in the history of Indian social reform

“The founder of MKSSS was deeply inspired by Vidyasagar. Anna Karve strongly believed that educating young widows would make them self-reliant,” Suvarna Dhamdhere, IT head at Hiraben Nanavati Institute of Management and Research, MKSSS, Pune told The Leaflet.

Katrina Bhasin, COO and co-founder of Even Cargo— India’s first women-only, last-mile e-commerce logistics company—said that “when Vidyasagar stood up against women injustice and played an important role in the enactment of the Remarriage Act, he clearly defined the way forward in empowering women”. Bhasin feels that the “new generation has the responsibility to take forward his legacy”.

Education for women and fight against polygamy

Women were restricted to household chores and education was the prerogative of men. Vidyasagar made a significant contribution to women’s education by setting up and operating many schools at his own expense. He founded the Nari-Shiksha Bhandar as a memorial fund for this purpose.

“Vidyasagar made an immense contribution to the development of women and ensuring their equality. Education for girls was one of his main areas of interest and work. His social work will continue to inspire generations to come,” Trupti Pathak, a social worker at Vanchit Vikas Sanstha, which is dedicated to girl education, told The Leaflet.

Vidyasagar was a staunch opponent of polygamy. Despite submitting two petitions with thousands of signatures to ban polygamy in 1857 and 1866, he didn’t have any luck as the government refused to interfere with Hindu customs. In 1871 and 1873, he argued in two brilliant critiques on polygamy that the practice was not sanctioned by the sacred texts.

Also read: What one can learn from West Bengal or Ishwar Chandra Vidyasagar hoo hee

Vidyasagar simplified and modernised Bengali prose and the Bengali alphabet. His Bengali primer Barna Parichay (Introduction to letters) refined the language. He wrote several books like Banglar Itihas (1848) and Shakuntala (1855). He also made an invaluable contribution to interpret the complexities of Sanskrit grammar in Bengali. With an aim to publish books at affordable prices and disseminate knowledge, he set up a Sanskrit press.

When he passed away on July 29, 1891, Rabindranath Tagore said, “One wonders how God, in the process of producing forty million Bengalis, produced a man.”

Women have progressed from being forced to practice Sati Pratha to serving in the military. Looking back at Vidyasagar’s war against orthodoxy and its proponents, we realise how important it was for someone to step up and inspire change. We have come a long way and the fight is far from over.

Even today, leading an independent life is extremely challenging for women. “Women are still considered a minority due to the ignorance and lack of vision of the youth. They need to understand that India’s social, economic and political development will be incomplete without equal and dignified access to opportunities of growth to women,” said Bhasin.

Despite having resources, Bhasin feels that India “lacks a strategic approach to motivate the youth to further build the foundation constructed by leaders like Vidyasagar”.