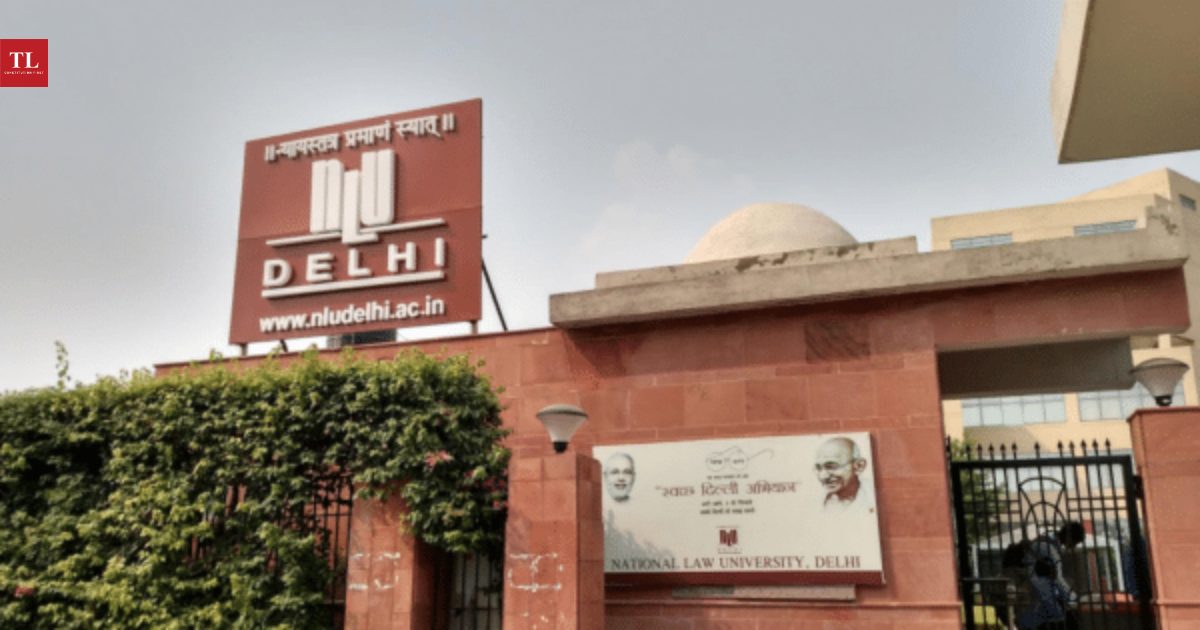 Testing times for National Law University Delhi: Is it being used by Ministry of External Affairs?

India’s academic institutions are all facing authoritarianism. One more example of it was seen when the MEA farmed out the writing of the first draft of their reports to UN rights bodies to academic institutions like the NLUD. The draft report for the Universal Periodic Report by NLUD academics was decent. By the time the MEA worked on it and the final product was submitted, it had made unbelievable claims to India’s human rights record. The same exercise is being repeated for the fourth periodic report to the HRC. The NLUD draft report should be put into the public domain and its academic integrity preserved, writes RAVI NAIR.

THE Ministry of External Affairs (MEA) and the National Law University Delhi (NLUD) have held three consultations on India’s fourth periodic report to the United Nations (UN) Human Rights Committee in May and June 2021. It is due for submission in August 2021.

India acceded to the International Convention on Civil and Political Rights (ICCPR) in April 1979. This was done by the first non-Indian National Congress Government under the watch of a right-wing Hindu world view-adherent external affair minister, Atal Bihari Vajpayee, who at that time was part of what was then an uneasy coalition of the right, the centre and the non-communist left, masquerading as one party.

Interestingly, India’s ratification of the ICCPR was done when most governmental activity was comatose as the uneasy coalition was falling apart. The Janata Party government fell in July 1979.

The Government ratified the ICCPR on 10 April 1979, with declarations (a euphemism for reservations) to Article 1 (right to self-determination), Article 9(5) (victim of unlawful arrest or detention shall have an enforceable right to compensation) and Article 13 (rights of aliens in matters of expulsion).

The declaration to Article 1 was objected to by Germany, France, Pakistan, and Netherlands.

Each State party to a treaty has an obligation to take steps to ensure that everyone in the State can enjoy the rights set out in the treaty.

There are ten human rights treaty bodies composed of independent experts of recognised competence in human rights, who are nominated and elected for fixed renewable terms of four years by State parties.

Justice P.N. Bhagwati was a member and later the Chair of the UN Human Rights Committee which monitors implementation of the ICCPR and its optional protocols. The Committee meets for three four-week sessions per year to consider the periodic reports submitted by the 172 States parties to the ICCPR on their compliance with the treaty

The first periodic report from India was submitted in 1984. In 1991, the Government of India got its first reality check when the Naga Peoples Movement for Human Rights (NPHMR), stewarded by the formidable Nandita Haksar, brought the violations under the Armed Forces Special Powers Act (AFSPA) to international attention.

In 1997, the Human Rights Committee took India’s periodic report to the cleaners. Assisted by a detailed shadow report submitted by my organisation, the South Asian Human Rights Documentation Centre, the Committee asked some pointed questions, reflected in its concluding observations.

The Indian response – by then-Attorney General of India Ashok Desai and Madhukar Gupta, then a joint secretary in the Ministry of Home Affairs (MHA) – was robust but indefensible. It took the Government of India 23 years to recover and to begin the process of submitting its 4th periodic report, now due in the first week of August 2021.

It was evident that MEA did not have the capacity or the competence to submit a credible periodic report to any of the treaty bodies or for the Universal Periodic Review (UPR) process.

All one needs to turn to is the fulminations of the official spokesperson of the MEA regarding the reports of international bodies, including those by the independent experts of the UN Human Rights Council, called the Special Procedures, on India’s dismal human rights record. Rather than measured, substantive responses, the MEA adopts the smug, defensive language of imagined victimhood – “fallacious, tendentious and motivated”, “misplaced, exaggerated and disingenuous”.

The government has now apparently decided to farm out the writing of the periodic reports. Many countries choose to do this; others seek and obtain the help of the Technical Advisory Services of the office of the UN High Commissioner for Human Rights. In the case of the ICCPR report, the MEA has turned to NLUD.

While certain academics are competent and equipped to draft reports for a State party, not all of them are able to make trips to Geneva or New York to understand the Cretan maze that the international human rights system is. Their reports therefore might be factually correct but might miss the nuances of international political processes that play a part in deliberations and texts of reports and resolutions.

The round of consultations organised by the MEA and NLUD began with national human rights institutions such as the National Human Rights Commission (NHRC), and the national commissions for women (NCW), child rights (NCPR), minorities (NCM), Backward Classes (NCBC), Scheduled Castes (NCSC), and Scheduled Tribes (NCST). The contributions of these bodies – none of them compliant with international standards for national human rights institutions – were expectedly without substance. Interestingly, the Election Commission of India was also represented in the deliberations, at a time when its credibility is at its lowest.

To round off the charade, a representative from the office of the Lokpal (as the Ombudsman is called in India) was included in the consultations.

The Lokpal and Lokayuktas Act was passed in 2013. Remember that the gestation period in all Indian government institutions – from Parliament passing the Act to the law coming into effect – is longer than the period of human or animal procreation. The actual Lokpal was thus appointed six years later, in March 2019. The Lokpal’s term ends in June 2021, having done little to inspire confidence in its work.

Also present was the Central Information Commission, a supposed upholder of the hollowed-out Right to Information Act.

The net result of this consultation was hot air. Apart from the contested adherence to the Paris Principles by the NHRC, all the others have not even tried.

The consultations with academics in May 2021, fortunately, included serious human rights academics from across the country, all situating their work within the human rights paradigm and committed to applying theory to policy. They must have spoken truth to power. However, MEA and the Indian Deep State are only comfortable with junketeer academics and their pet NGOs (Government organised non-governmental organisations, or GONGOs) that populate the Serpentine Bar at the Palais des Nations in Geneva.

The third consultation was with non-governmental organisations, some of whom work in the area of civil and political rights. Apart from a few worthies who run with the hare and hunt with the hounds, all the others made useful contributions based on the international human rights framework. Notably, no human rights organisation from Kashmir was invited.

However, these NGO representatives should be under no illusion that their suggestions will find a place in the formulation of the government report to the Human Rights Committee. One only needs to refer to the government submission for the 3rd cycle of the UPR to understand the quality of inputs that went into the drafting.

The flawed process and Academic Integrity

MEA has now farmed out the writing of the first draft of their reports to UN rights bodies to academic institutions like the NLUD. The draft report for the UPR by the NLUD academics was decent.

The MEA then went to work on it, transforming it into a litany of observations about India’s increasingly frayed democratic character rather than a genuine assessment of progress on India’s human rights record.

The same exercise is being repeated in the present cycle for the fourth periodic report to the Human Rights Committee.

The issue goes far beyond the NLUD being used in this manner by the government. The NLUD draft report should be put into the public domain. It is essential that the NLUD preserve its academic integrity.

India’s academic institutions are all facing authoritarian creep. The continuing efforts to destroy Jawaharlal Nehru University, Delhi University, the Central University in Hyderabad, and Jadavpur University in West Bengal, to name only a few, should make all academics properly review, or even reconsider, the terms of their engagement with the government.

Also read: To enslave a nation, just sell its minds: Why the HECI Bill is a surgical strike to privatise higher education in India

The perils of academics kowtowing to the government were recently reiterated. On 15 January 2021, the Ministry of Education, issued an innocuously titled ‘Revised Guidelines for holding online/virtual Conferences, Seminars, Training, etc.’

It required prior permission to be taken from the Ministry of External Affairs by publicly funded universities, professors and administrators if they wanted to hold online international conferences or seminars that were on issues relating to the security of the Indian state of which are “clearly related to India’s internal matters”.

The latter phrase is so broad as to include virtually every topic of interest to academics. The farmers’ protest relates to ‘India’s internal matters’ as does the government’s handling of the COVID-19 pandemic, or caste issues, or even the pros and cons of demonetisation

The names of all invitees to online meetings would have to be approved in advance by the government.

Mercifully, in mid-February 2021, in the face of protests by over 1,500 scientists and academics, the January 2021 circular was withdrawn. However, the All India Council of Technical Education came out with a notification on March 18, 2021, applying virtually the same conditions for online video conferences and seminars to all its affiliated institutions.

It is ironic that even as India opens up its economy to foreign investment, it continues to suffer from xenophobic attitudes in other areas.

Foreign direct investment in sectors such as power, telecom, and even defence production is no longer considered a threat to national security.  However, the entry of humanitarian organisations wishing to assist victims of a natural disaster is apparently too dangerous. So is the holding of an international conference, or a request by an independent human rights expert to visit the country. Such paranoia is a reflection of a country’s insecurity. For strength and self-reliance, look elsewhere.

Freedom of inquiry and expression are intrinsically linked to the pursuit – and the delivery – of education. Does the NLUD want to follow Martin Heidegger, the German philosopher who not only cozied up to the Nazis but became one with them, or hold up the flame of American public intellectual Noam Chomsky and artist-philosopher-reformer Rabindranath Tagore?

This government understands only too well that thought control at the academic level is key to what it wants to do.  This is the test for NLUD.  It must place the draft report it prepares in the public domain and retains its intellectual honesty and integrity.

(Ravi Nair is from the South Asia Human Rights Documentation Centre. The views expressed are personal.)