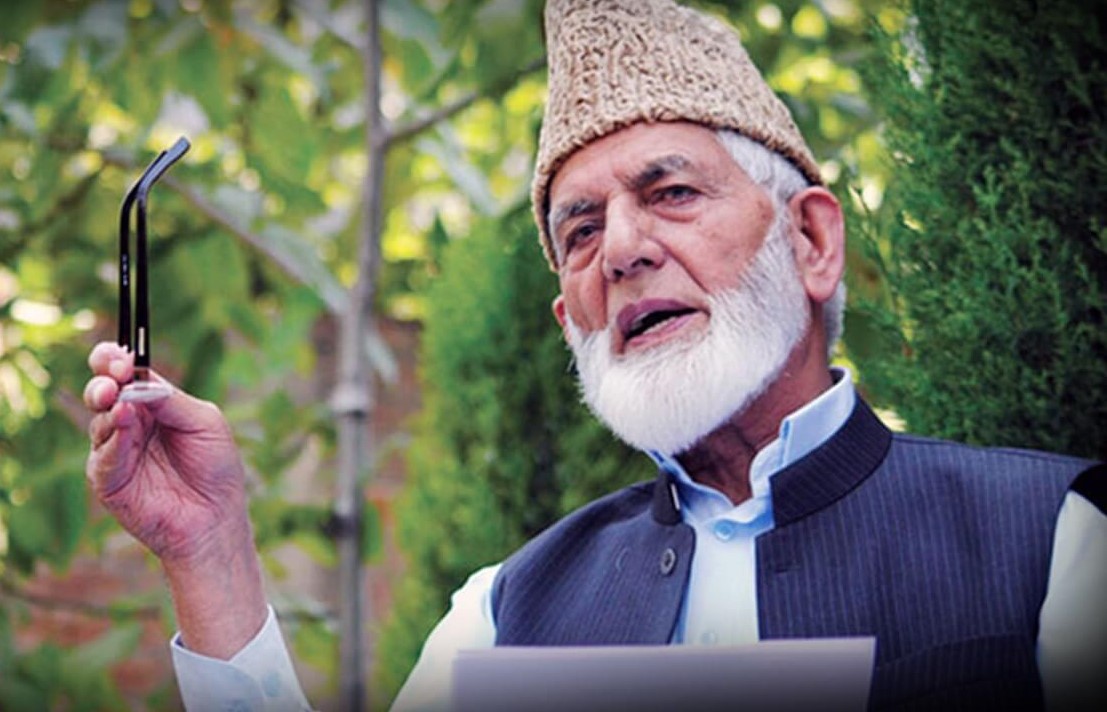 Raja Muzaffar Bhat·September 6, 2021
Home
Equality
Constitutional Law
Denying him a dignified burial is a clear violation of Article 21 of the Constitution of India, and the Government missed a great opportunity to come closer to the people of Kashmir, writes RAJA MUZAFFAR BHAT.
———–

SRINAGAR: EVERYONE has wishes they struggle to realize in their lifetime. People on the deathbed also have wishes – their last wishes. These are often deeply personal, and it is widely agreed that they must be respected.

Convicts who are sentenced to death are also asked about their last wishes before being hanged. Keeping with this universal principle,the wish is fulfilled as best as possible.

Dhananjoy Chatterjee, a rape and murder convict, was executed in 2004, after spending 13 years in solitary confinement. His last wish was to be allowed to touch the feet of Dr Basudeb Mukherjee, a jail doctor, and listen to a religious song. Both these wishes were fulfilled by jail authorities.

Yakub Memon, an accused in the 1993 Mumbai blasts, was hanged in Nagpur Central Jail on 30th July, 2015. Memon’s last wish was to meet his daughter. As that was not possible, the jail authorities arranged for a phone call with her.

Syed Ali Shah Geelani, the 92-year-old founder of Tehreek-e-Hurriyat, an organisation of 26 socio-political groups advocating for the separatist cause in Kashmir, recently passed away at his Srinagar residence. While Geelani was not a convict, he had been under house arrest for a long time. Since 2008, he had been under house detention with little freedom to move out, save a few occasions of medical exigency.

When Geelani was unwell last year, he had expressed his desire to be laid to rest at Mazar-e Shuhada (“Martyrs’ Graveyard”) in the Eidgah area of Srinagar. However, the state didn’t fulfil his last wish.

Geelani passed away on September 1, 2021 around 10:30 pm IST. The burial took place amid very tight security the next day, hours before dawn. Reports suggest that he was buried without much fanfare at around 3:30 am IST on 2nd September, 2021.

Some sources reported that Geelani had purchased a piece of land to accommodate two graves in Srinagar Hyderpora area, a few hundred metres from his house. He was laid to rest here, as the family was denied permission to conduct the burial in the Eidgah, as per Geelani’s final wish.

Initially, it was decided by the police that the body would be accompanied by family members and neighbours and taken for burial around Fajr prayers. However, around 3 am, police got orders to conduct the burial soon and not wait till morning prayers. Several policemen entered Geelani’s house and took away the body forcibly. The video about this incident has gone viral on social media and women can be seen shouting and crying.

Geelani’s body was buried by the police and some locals at 3:30 am without the presence of any family members. His sons located his grave in the morning with help from locals, as the police didn’t inform his family about which grave was Geelani’s

When news of his death first spread across Kashmir valley, senior officers of Jammu and Kashmir police and the Central Reserve Police Force, led by Vijay Kumar, IGP Kashmir, rushed to Hyderpora and sealed the residence. The main road leading to Sheikh Ul Alam International Airport was also sealed by CRPF personnel, assisted by the J&K police. The authorities then ordered the deployment of a large number of security forces to prevent any law and order violations.

Geelani, who had not been keeping well for the last two years, had resigned from the All Parties Hurriyat Conference (APHC) last year. It is speculated that the government had apprehensions that people would come to pay last respects in large numbers on the event of his demise, leading to a possible law and order situation.

Internet and mobile phone services were shut down across the Kashmir valley around 12:00 am IST on 2nd September, 2021. Most roads, bridges and link roads in Srinagar were also sealed by security forces.

Article 21 of the Constitution of India, 1950 assures every citizen the right to life and personal liberty.

Article 21 corresponds to provisions of the Magna Carta of 1215, the Fifth Amendment to the American Constitution, Article 40(4) of the Irish Constitution, 1937, and Article XXI of the Constitution of Japan, 1946. Such a provision is also fundamental to democracy as it extends the right to dignity to natural persons and not just citizens. Thus, even a foreigner can claim this right.

This protection of life and personal liberty has been interpreted by the Supreme Court of India across several judgements. There are several rights which are included in Article 21 such as the right to privacy, right against solitary confinement, right to legal aid, and the right to a speedy trial. Often, the judiciary has observed that the right to have a decent burial is also included in this article.

The right to dignity is available even after death. This view was articulated by the Supreme Court for the first time in a Public Interest Litigation (PIL) in the matter of Parmanand Katara vs. Union of India (1989).

In Ashray Adhikar Abhiyan vs. Union of India (2002), the Supreme Court held that it is the obligation of the State to ensure a decent burial for the deceased person, in accordance with their religious beliefs. In Geelani’s case, the state has clearly violated Article 21 by denying him a decent burial.

The Mazar-e Shuhada cemetery in Eidgah, Srinagar is located a mere 7 km from Syed Ali Geelani’s Hyderpora residence. The wish was not altogether impossible to fulfil, yet the authorities didn’t assent, despite repeated requests from his family members.

People across the country may have had serious disagreements with Geelani’s political views but he had left politics more than a year back, and had been on his deathbed for the last two years. The government’s promise of minimising “dil ki doori” and “Dilli ki doori” (the distance between hearts, and the distance from Delhi) could have been realised in some measure by facilitating a decent burial for Geelani. It could have also been a confidence building measure in the region, and an opportunity to start a dialogue.

By apparently snatching the body in the dead of night, against the wishes of the family, the government has once again hurt not only the sentiments of the Geelani family, and the late leader’s sympathizers, but possibly even the sentiments of those who didn’t endorse his political beliefs.