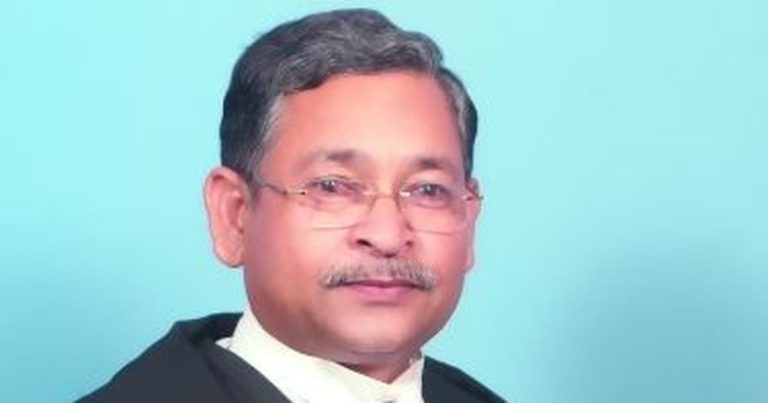 In a complete regressive step the Supreme Court of India has refused to provide copy of the in-house committee/panel report with regard to Justice Narayan Shukla of the Allahabad High Court. An RTI application was filed with the Central Public Information Officer (CPIO) of the Supreme Court of India seeking the said report along with copy of the order passed or recommendation made by the Chief Justice of India on the report on the administrative side whereby the judicial work has been withdrawn from him.

Justice Shukla is the same judge who has reportedly been indicted in connection with the Medical Council of India (MCI) bribery case by in-house committee consisting of Madras High Court Chief Justice Indira Banerjee, Sikkim High Court Chief Justice S K Agnihotri and Madhya Pradesh High Court’s Justice P K Jaiswal. Recently Campaign for Judicial Accountability and Reforms (CJAR) in its complaint to senior-most judges under the in-house procedure of the Apex court before the five senior-most judges inter-alia alleged that CJI refused to give a sanction to CBI to lodge an FIR against Justice Shukla.

As per the SC verdict in V. Ramaswamy case, a sitting HC judge cannot have an FIR registered against him without the permission of the CJI. On the other hand, some media reports claimed that CJI in pursuance of the findings recorded against Justice Shukla by in-house committee, wrote to the Prime Minister and the President recommending impeachment of Justice Shukla. Those reports are either based on so-called reliable sources which may or may not exist, or selective leaks by the Supreme Court itself.

“The CPIO cum Additional Registrar of the Supreme Court while responding to an RTI application dated 30.01.2018 has informed that the issue of providing information relating to complaints against judges is the subject matter of judicial proceedings in SLP No.32855-56 of 2009. CPIO has also cited the stay order dated 04.12.2009 in the same SLP. He has further referred to judgment of the Apex Court dated 09.05.2003 in W.P.(C) 218 of 2003 titled Indira Jaising v. Registrar General, Supreme Court of India and stated that the disclosure of information and reports emanating out of self evolved mechanism which is the nature of an in-house procedure by the judiciary is expressly prohibited.” After the collegium decided to publish the resolutions of its meeting ignoring its own stay order referred above, one expected that the Supreme Court would open itself to public scrutiny but unfortunately it is still maintaining status quo, more so when four senior-most judges came out in public to address media, exposing the rot within the Supreme Court and in particular the office of the CJI.

In India, the people are the true sovereign. The Constitution begins with the words “We the people of India having solemnly resolved to constitute India” and ends with the words “do hereby adopt, enact and give ourselves this Constitution”. Thus people have given themselves the Constitution of India. In this democratic republic, it is not only the right, but also the duty of the people to oversee the functioning of all institutions and public officers. Is it not fascinating that people have no right to seek report against the sitting judges before whom a litigant goes to seek justice? By denying the information of the misconduct of judges, the Supreme Court is doing injustice with the litigants and keeping them in dark which goes against the very tenet of justice delivery system i.e. ‘Not only must Justice be done; it must also be seen to be done.’

It may be noted that decision of the Supreme Court in Indira Jaising referred above is of pre-RTI Act, 2005 era and therefore cannot be treated as good law. Further, stay order referred by the CPIO also covers information related to appointments of judges. However, the collegium judges ignored that stay order and decided to publish resolution of collegium’s meetings. Then why is this denial of information about the in-house inquiry report by the Court? Stay order granted by the Supreme Court in 2009 has virtually halted the people’s right to know which is a facet of fundamental right under Article 19(1)(a). RTI Act, 2005 as is noted in its very preamble that it does not create any new right but only provides machinery to effectuate the fundamental right to information. The preamble also inter-alia states: “….democracy requires an informed citizenry and transparency of information which are vital to its functioning and also to contain corruption and to hold Governments and their instrumentalities accountable to the governed”.

A Constitutional Court is not expected to narrow down the scope of fundamental rights. It is saddening and frustrating that Apex Court has not found time to decide the above referred SLPs on merits since 2009. But then a dismal record of the Supreme Court on the implementation of RTI Act says it loud and clear that it does not want transparency, accountability and to be questioned by the citizens. RTI Act is facing opposition from the courts, especially when information is sought about their functioning as public authorities.