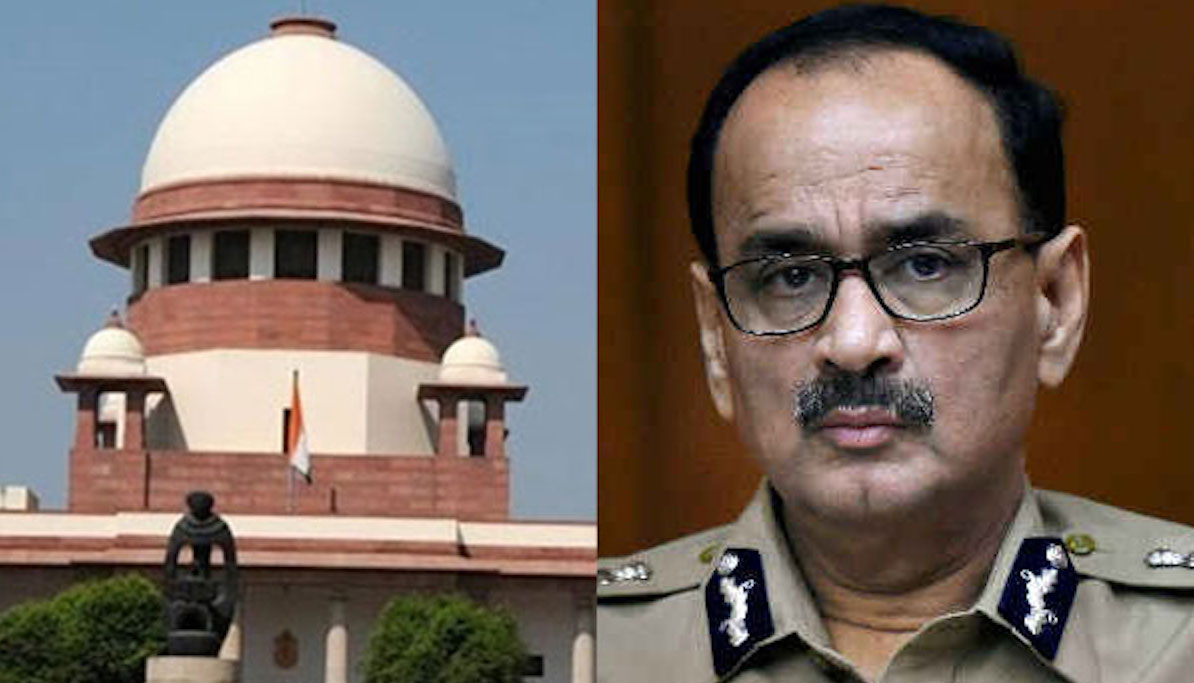 [dropcap]A[/dropcap] three-judge bench comprising of CJI Ranjan Gogoi, Justices Sanjay Kishan Kaul and K M Joseph today, November 16, 2018, observed that the probe report submitted by the Central Vigilance Commission (CVC) supervised by retired Supreme Court judge A K Patnaik has been uncomplimentary on certain charges. CJI Ranjan Gogoi categorised the CVC report as: (1) very complimentary to petitioner on some charges, (2) not complimentary to some charges, (3) not very complimentary to some charges and (4) further probe required in some charges. CJI Gogoi also informed that Justice Patnaik had said that findings in CVC report are not by him. He has just supervised the probe as directed by the Court.

CJI Gogoi says “CVC has filed a report in the matter. Justice A K Patnaik (Retd.) has said he has just supervised, and report is not his findings. We will share report with petitioner in a sealed envelope”.

After hearing the parties, the Court ordered:

The above course of action has been considered necessary by the Court keeping in mind the need to preserve and maintain the sanctity of the institution of the CBI and public confidence in the said institution. We also make it clear that the present order requiring furnishing the report of the CVC in sealed cover to the learned counsel for the petitioner is being made in the peculiar facts of the case and as a one time measure.”

Read the order passed by the Supreme Court today. pic.twitter.com/nhP5uThj6p

1) CVC report is a mixed report.
2) Registry to furnish CVC report in a sealed envelope to Alok Verma, Attorney General & Solicitor General. They are directed to ensure confidentiality of the report.
3) Alok Verma to reply to the report.
4) 20.11.2018, next hearing.

With regard to the decision taken by CBI acting Director M Nageshwar Rao , Court has said that it considered the details of the decisions that he has taken up to the date of the order i.e. October 26, 2018. While it will be open for any party to supplement the said list, court has deferred consideration of the matter to Tuesday next i.e. November 20, 2018.

Supreme Court has directed parties with whom report is ordered to be shared to maintain confidentiality with regard to its contents.

Senior advocate Mukul Rohatagi appearing for CBI Special Director Rakesh Asthana said that he was a complainant in the matter who reported the matter to Cabinet Secretary. CJI Gogoi retorted saying “May I ask under which law such complaint was made to the Cabinet Secretary”. Despite repeated attempt made by Rohtagi to get the report, the Court did not relent and refused to share the copy of the CVC report with Rakesh Asthana.

Copy of the report of CVC shall be furnished to Attorney General & Solicitor General.

Senior advocate Fali S Nariman who appeared for petitioner Alok Verma said he would be filing response to CVC report by November 19, 2018.

Senior Advocate Rajeev Dhawan who appeared for the CBI investigative officer A K Bassi,  raised concern with regard to the nexus between the current investigating officer and Asthana. Also, Senior Advocate Kapil Sibal, appearing for Congress leader Mallikarjun Kharge, had raised question on the Centre’s decision of sending Verma on leave. Both the matters will be dealt by the Court on Tuesday, November 20, 2018, when the court will also take a call on the application filed by investigative officer Bassi who was probing the role of Rakesh Asthana and was later shunted out to Port Blair by the acting CBI director Rao. Bassi has challenged this transfer order.

Application filed by Investigative Officer A K Bassi, who was probing Rakesh Asthana and later shunted out to Port Blair by the acting CBI director Rao will be considered on next date of hearing. Application filed by Mallikarjun Kharge will also taken up on the same day.