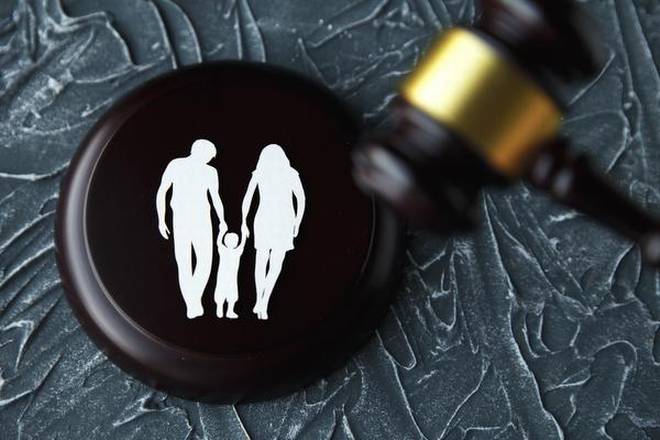 The Supreme Court’s complete disregard of parental rights and its inability in defining the welfare principle makes its recent judgment vulnerable to misuse. By reconciling the varying interests and rights at stake in the custody dispute, the court can open the door for the emerging concept of joint custody, thereby ensuring child’s sustainable growth, writes SHANTANU BISHNOI.

ON January 12, 2022, the Supreme Court of India, in Vasudha Sethi vs. Kiran V. Bhaskar, ruled that the child’s welfare constitutes the sole criteria in deciding the issue regarding custody of the minor child and the issue of repatriation of the child to the native country. The Court noted that parental rights are irrelevant here. The decision was rendered by a division bench of Justices Abhay S. Oka and Ajay Rastogi on an appeal filed by the mother of a minor child taking exception to a decision of the Punjab and Haryana High Court.

The original case pertained to a petition for habeas corpus before the High Court filed by the father, a US citizen, seeking his child’s custody. The boy had traveled to India along with his mother for medical treatment. The mother and the child failed to return to the US in violation of the international travel consent document. The High Court, while allowing the father’s petition, directed the mother to return to the US along with the minor child on or before September 30, 2021.

Justice Oka stated that there can never be a straight jacket formula for deciding the issue of custody. As the custody battles often involve complex human issues, the judge noted that the factual aspects must be tested on the touchstone of the principle of welfare of a minor child.

Also read: Many Unanswered Questions in Custody Battle With Director

By noting that what constitutes the paramount interest of a minor is always a “question of fact”, the Court has created a fluid situation, amenable to misuse, as it might encourage the parents to merely reframe their rights and claims in the language of the “best interest” of the child. It is respectfully submitted that the Supreme Court has left the door open for untested assumptions and the judge’s ideological inputs to enter a court’s reasoning in child custody cases.

The Supreme Court has left the door open for untested assumptions and the judge’s ideological inputs to enter a court’s reasoning in child custody cases.

While the 39-page judgement is welcome, its insistence on making the parental rights irrelevant in custody disputes is susceptible to misinterpretation in future decisions. Despite the difficulty in ascertaining what constitutes the ‘best interest’ of a child, completely ignoring the rights of either parent may backfire against the child. What if, it is in the interest of a child to prioritise the rights of either mother or father? For instance, there is a possibility of the ‘best interest’ of the child coinciding with claims of the mother, let’s say because of her ability to provide emotional support and a friendly environment which the child’s father may not be able to provide.

Moreover, recognising the rights of parents will incentivise the weaker party in the case, mostly the mother, to assert her claim in a rights-based language, whose standing in a custody dispute is oftentimes questioned due to the presence of economic disparity between the couple. This will also provide a holistic view to the judges of the complex human issues involved in the custody dispute.

Treading the path between welfare principle and parent’s rights

The Supreme Court, while modifying the High Court’s judgement, notes that the concerned parent cannot be directed to leave India with the child and to go abroad against their choice. As such an order will offend the right to privacy of the mother, the court leaves the ultimate decision with her for deciding whether to accompany the child or not. While the observations are in the right direction, they stand in contrast to the Court’s opinion in the same judgement where it recognises the rights of the parents as ‘irrelevant’ in deciding the issue of repatriation of the child to return to the native country.

As the present judgement prioritise welfare principle over parental rights, a more accommodative approach is needed for ensuring a just and proper balance between varying interests involved in a custody case.

This conflict in Vasudha Sethi points towards the fact that the rights of the parents cannot always be disregarded, as suggested by the court. The rights and claims of all the parties claiming custody of the child in the dispute must be taken into account. By arguing so, I am not questioning the applicability of the child welfare principle. Rather, I am asking for considering the rights of parents as of secondary interest and trying to balance them with the notion of the ‘best interest’ of the child. If the interests of different parties to a case cannot be reconciled, then the welfare principle must prevail.

Section 13(1) of the Hindu Minority and Guardianship Act, 1956 mandates that the welfare of the minor child shall be the ‘paramount consideration’ in the appointment of a guardian of a Hindu minor. However, the Apex Court went one step further by concluding, on a joint reading of Section 6 and section 13(1) of the Act, the welfare principle to be the “sole consideration” in custody disputes. This makes parental rights completely irrelevant in a child custody case.

Also read: Kerala mother’s battle for custody of her child: Law vs. Patriarchy

A Case for Shared Parenting

In Rosy Jacob vs. Jacob A. Chakramakkal (1973), the Supreme Court emphasised the importance of family for the healthy growth of children. “It is highly desirable that the child get their due share of care and affection from both the parents in their normal parental home”, the Court noted. A family dissolution cannot be allowed to prevent the flow of affection for the child from the parents. One way of ensuring this is to grant joint custody of the child which ensures equal participation of both parents in important decisions relating to the upbringing of the child.

I am asking for considering the rights of parents as of secondary interest and trying to balance them with the notion of the ‘best interest’ of the child. If the interests of different parties to a case cannot be reconciled, then the welfare principle must prevail.

However, the Court’s decision in Vasudha Sethi discourages the adoption of such a novel method of shared parenting. As the present judgement prioritise welfare principle over parental rights, a more accommodative approach is needed for ensuring a just and proper balance between varying interests involved in a custody case. Recognising parental rights will lend further credence to their claims for joint custody in future cases.

Although the concept of joint custody is not explicitly mentioned in Indian law, the courts have started recognising this concept in child custody disputes. For instance, the Karnataka High Court in a recent judgement laid down an arrangement for shared parenting keeping in mind the “comfort, ease, and paramount interest” of the minor child.

Child’s precariousness in the ‘battle of egos’

In her acclaimed book, ‘Child Rights in India: Law, Policy, and Practice’, law professor Asha Bajpai has argued that a large backlog of cases in the courts result in time-consuming, protracted and expensive custody petitions, where the hapless removed child is fought over as a trophy to be won in a ‘battle of egos’ between the litigating parents.

Undeniably, children pay the heaviest price when the family dissolution takes place because they deal with present unhappiness as well as the maladjustment in the future family scheme. The child’s trauma can be dealt with by making the family courts child-friendly. Sensitising the court personnel towards child rights will help in recognising the suffering of a child in a custody dispute. Treading the fine line between the welfare principle and parents’ rights will not be an easy task. Still, it is a preferable pathway compared to entirely falling back on the welfare principle which might induce a ‘laziness and unwillingness” to pay due attention to all the interests at stake in the decision.

(Shantanu Bishnoi is a second-year undergraduate law student at the National Law School of India University, Bangalore. The views expressed are personal).