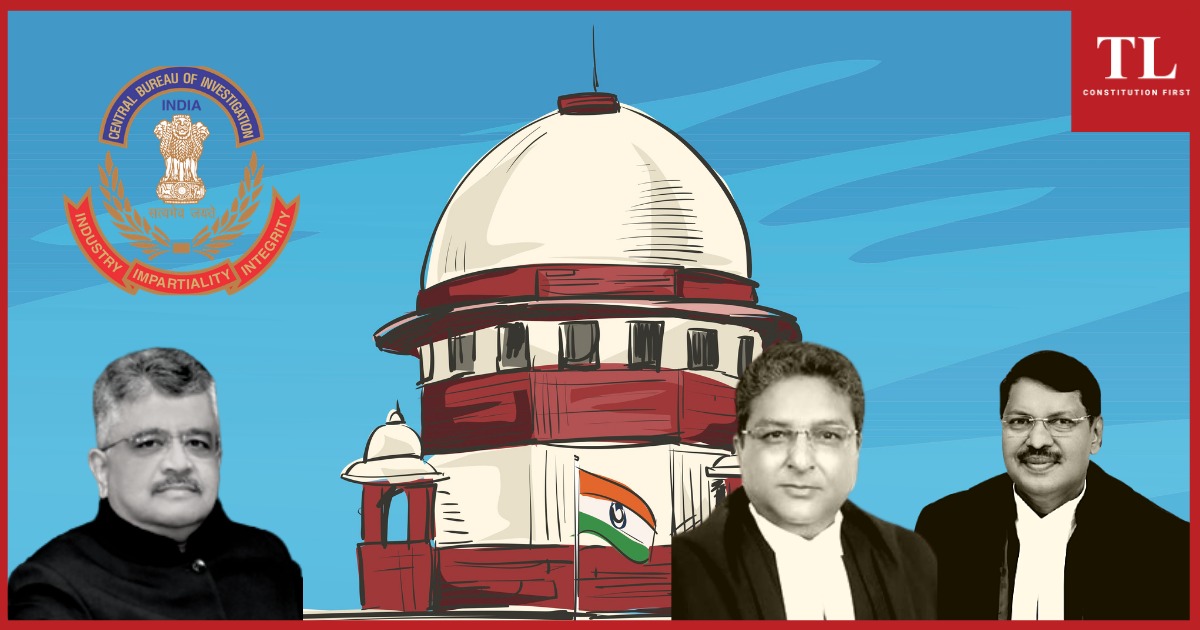 THE Supreme Court on Tuesday refused to interfere with the order of the Calcutta High Court placing four All India Trinamool Congress (TMC) leaders Madan Mitra, Firhad Hakim, Subrata Mukherjee and Sovan Chatterjee, accused in the Narada sting case, under house arrest with liberty to continue official work as an interim measure.

A vacation bench of the Supreme Court, comprising Justices B.R. Gavai and Vineet Saran, heard the Central Bureau of Investigation’s (CBI) appeal today. This was the SLP (Dy. No. 12452 of 2021) filed by the CBI appealing the Calcutta High Court order granting interim relief to the group of ministers.

In what promised to be an interesting hearing, the Supreme Court left the Solicitor General (SG) with only two options: either withdraw the appeal filed by him against the order of the High Court which placed the TMC leaders under house arrest and referred the matter to a five-judge bench, or failing which the court would hear the respondent TMC quartet in great detail and give a reasoned order for not interfering with the High Court order. The SG Tushar Mehta no doubt put his best foot forward, first requesting the bench to go for lunch and come back for the hearing, and when he did not succeed, requesting the matter to be heard after hearing passed over matters.

The SG sought to argue that the bail order by a special CBI court had been vitiated on account of the dharna by West Bengal Chief Minister Mamata Banerjee at the CBI office and the presence of the state law minister in the CBI court. Justice Gavai shot back saying: “Why should accused persons be made to suffer because of a dharna by the Chief Minister and law minister? Proceed against them if you wish to. We do not appreciate such dharnas by the CM to pressurise the agency, but can the accused be made to suffer”?

Justice Gavai added “we do not think our district judiciary is so weak that it will get pressured by a mob.” He went on to narrate an incident he encountered when the Mahila Morcha marched into his court. The police requested him not to pronounce the order in open court as there would be a law and order problem. He refused to succumb to any such pressure and went ahead and pronounced the order in open court.

The high point of the hearing came when Justice Gavai told the SG that special benches are constituted to protect liberty, but here we are seeing for the first time a special bench sit to curtail liberty. He then asked the SG whether the accused whose bail orders were stayed were issued notice that they were in danger of losing their liberty. The record indicated that no such notice was issued. Once liberty is granted to a citizen, can it be taken away without notice, asked Justice Gavai of SG Mehta.

On the charges that the accused persons are influential, Justice Gavai inquired of the CBI that since there are two sets of accused: one against whom a chargesheet is filed and the other against whom it isn’t, which of them is in a position to tamper with a witness, those chargesheeted or those not yet chargesheeted. To this, SG Mehta replied that it is not a legal question and hence he could not answer.

Supreme Court threatens to hear the matter on merits

Senior Counsel Vikas Singh, representing the West Bengal government, wondered how the matter was listed when there was a specific registry order that no special leave petitions against interim orders would be listed. He was, however, told by the judges not to interfere with the proceedings, failing which notice to hear the matter on merits would be issued. The judges also told him they hear every matter which is listed before them.

Justice Gavai pointed out that if there was a difference of opinion between two judges on granting bail, the consistent practice of the Court was to grant bail, respecting the right to liberty. When the Solicitor General made a desperate effort inviting the Court to read the paper book, Justice Gavai responded by saying “we have read every single page.” Counsel for the TMC leaders were also told not to interfere with the hearing and if they did, notice to hear the matter on merits would be issued.

Thereupon, Justice Gavai said, “We have noticed that a five-judge bench of the high court is already hearing the matter. If you wish, you may withdraw the petition with liberty to argue what you wish before the High Court.” The SG made a fervent request to adjourn the matter till Friday. The court, however, turned down the request and reiterated that either he withdraws the petition or the court would hear all the accused persons and passed some order.

This was at around 4 pm. Singhvi reminded the court that earlier in the day, the judges had prophetically remarked that it looked as if they were going to be in court all day.

The appeal was disposed of with the court granting all parties liberty to raise all contentions before the Calcutta High Court, and the CBI withdrawing its Special Leave Petition.

(Indira Jaising is a human rights activist and senior advocate at the Supreme Court of India. She is also the co-founder of The Leaflet.)