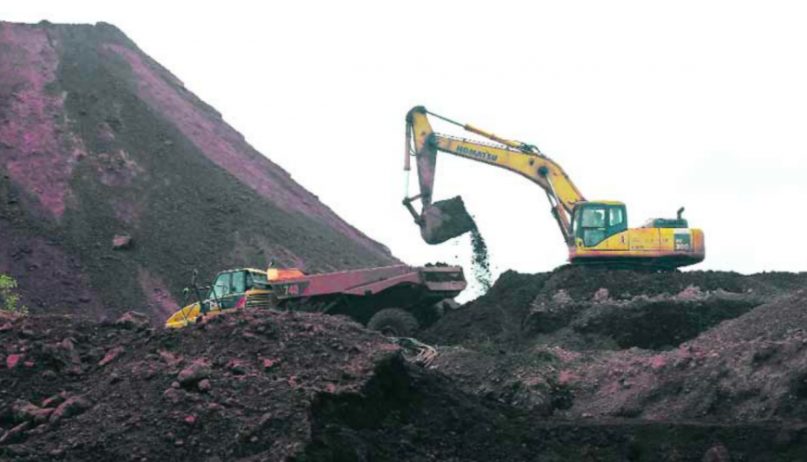 As Goa makes a major push towards restarting mining, the Supreme Court (SC) on Tuesday dismissed an appeal filed by Vedanta Limited against the Bombay High Court’s (HC) November 2019 order quashing its writ petition that demanded a declaration that its mining lease, as per the amended Mines and Minerals (Development and Regulation) Act, 2015, was valid till 2037.

A Bench of Justices DY Chandrachud, Vikram Nath and Hima Kohli, while hearing Vedanta’s SLP, asked Solicitor General Tushar Mehta: “If the state wants to maximise revenue, why is the due process of law not being followed? Why is the state backing these large entities in the renewal of their leases?”

On July 9, the SC had already dismissed a batch of review petitions filed by the Goa government and Vedanta against its February 2018 judgement in Goa Foundation vs Sesa Sterlite, which had cancelled the grant of second renewal for 88 mining leases in the state and directed grant of fresh leases and environmental clearances.

The SC decision is being seen as a big boost to the ongoing efforts in the state to protect its fragile ecosystem and natural resources. Claude Alvares, director, Goa Foundation, said, “With this development, the private mining industry and its lobbies, which held sway over the sector for more than 50 years, has come to an end.”

The court asked Mehta to advise the state government to follow competitive bidding in granting mining leases to maximise revenue instead of backing the renewal of leases of large private mining leaseholders, whose “rapacious and rampant” exploitation of Goa’s fragile ecology for profit.

In October 2019, Vedanta had appealed to the state government to renew its mining lease by arguing that under the amended Act, all leases operational before the amendment “shall be deemed to have been granted for a period of 50 years”. This, Vedanta argued, in Goa’s case meant 50 years from 1987—the year the state’s mining concessions granted by the erstwhile Portuguese regime were converted into leases under the Goa, Daman And Diu Mining Concessions (Abolition And Declaration As Mining Leases) Act, 1987.

However, earlier judgements in the case clearly point towards a pattern of exploitation, exhaustion of resources and dilutions of processes. In 2018, while cancelling the 88 leases, the top court had observed that the benefits were aimed at “private mining leaseholders, leading to rampant exploitation …” The SC had pointed out how hastily the process was carried out right before the Act was amended, making the auction of leases mandatory to mine-notified minerals like iron ore. The court had also pointed out how mining was unabated despite the leases having expired in 2007.

Abhijit Prabhudesai, a Goa-based activist with Rainbow Warriors, told Newsclick, “We believe that all the leases have expired and hence the government should not use the mining corporation that is being created to give them back to the same people or to any other corporation.”

Mining should not start for the next 10 years, Prabhudesai said, adding, “My generation has already exhausted half of the ores. Let our children decide whether mining should resume after 10 years. This is what intergeneration equity is all about and we need to focus on that.”

In July, the Goa government passed the Goa Mineral Development Corporation Bill, 2021, paving the way for the formation of a state-owned mineral development corporation which will have the right to grant mining leases to any entity. The Bill doesn’t bar miners whose leases were cancelled by the SC for illegal iron ore mining from bidding. Civil society leaders fear that the state government will sublease the contracts to these miners. They have also criticised the Bill for not addressing the concerns of the mining-affected communities.