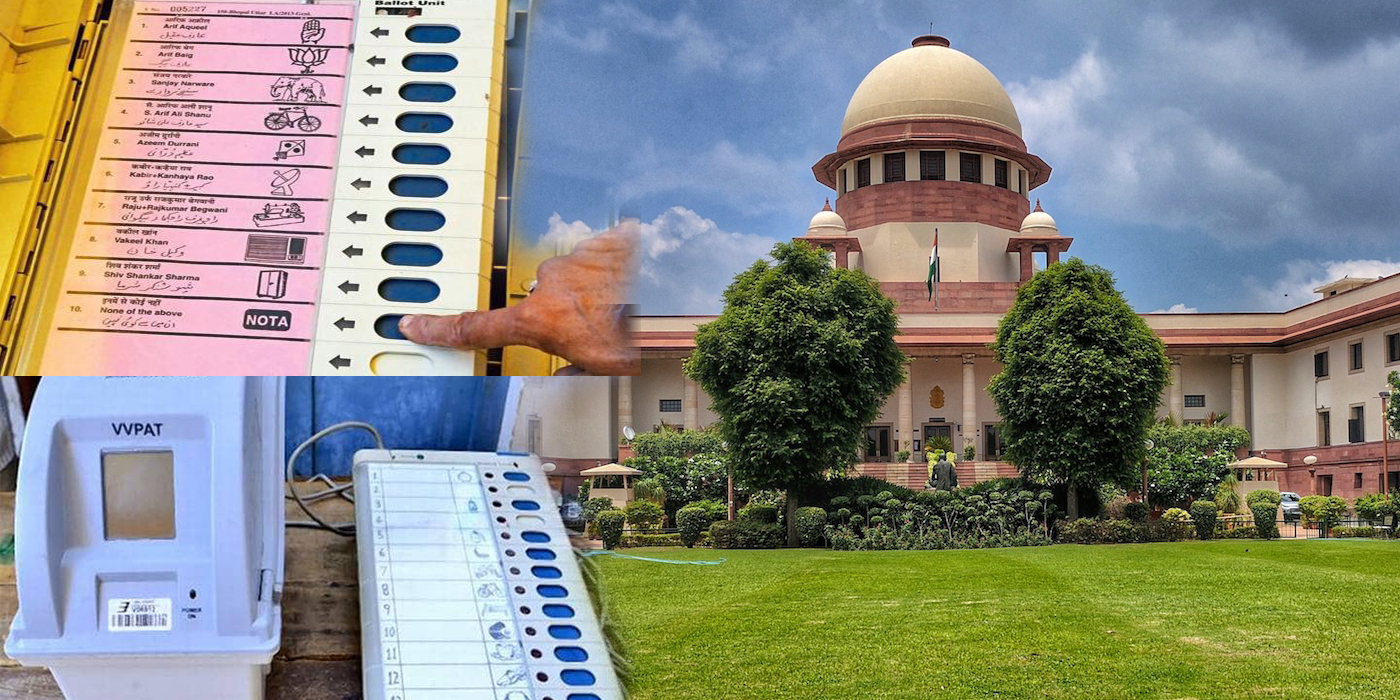 Supreme Court bench presided over by CJI Ranjan Gogoi issues notice on a plea seeking 30% of VVPAT slips to be cross verified in each of the constituencies. Advocate @prasanna_s appeared for the petitioners M.G. Devasahayam, former Secretary Haryana Govt,KP Fabian&Thomas Franco

The Petition — jointly filed by one, M G Devasahayam, former Secretary Haryana Government, two, KP Fabian, former ambassador to Italy and three, Thomas Franco, former General Secretary, All India Bank Officers Confederation, and argued by  advocate Prasanna S — contended that such cross-verification and counting of VVPAT slips is essential in the interests of “democracy principles” that elections should adhere to the following requirements:

(i)      Transparency of the process – i.e.  in a manner that the general public can be satisfied that their vote is correctly recorded and counted;

(ii)     All essential steps in the elections ought to be subject to public scrutiny/examinability;

(iii)    Ordinary citizens ought to be able to check the essential steps in the election process without special expert knowledge; and

(iv)    There ought to be verifiability in the counting of votes and ascertainment of the results reliably without any special technical knowledge.

Petitioners have also contended that the ECI’s decision to confine such a cross-verification exercise to a statistically insignificant number of approximately only one polling station in each constituency, regardless of the number of polling stations in such a constituency, is  manifestly arbitrary, irrational, unreasonable and in violation of Article 14 of the Constitution of India.

Through the implementation of Supreme Court’s own directions in Swamy case and the larger principles of structural due process, transparency, examinability, voter confidence, voter satisfaction require the Election Commission to conduct random cross-verification of EVM counts with VVPAT counts to detect any technological mischief or malprogramming of EVMs and further prevent such mischief

Petitioners have also drawn the attention of the Supreme Court to its own decision dated October 8, 2013 in Subramanian Swamy v. ECI wherein a two-judge bench comprising Justices P Sathasivam and Ranjan Gogoi (presently  the CJI) held that in the interests of transparency and voter satisfaction, it is imperative that the Election Commission of India, whenever it conducts elections through the use of EVMs, ought to implement a mechanism of Voter Verifiable Paper Audit Trails (“VVPATs”), in order that the voter can satisfy himself that his vote has been accurately recorded and in the interest that should there be any question as to the accuracy of the electronic count, the paper count would be available for the same.

Therefore, the implementation of Court’s own directions in Swamy case and the larger principles of structural due process, transparency, examinability, voter confidence, voter satisfaction require the Election Commission to conduct random cross-verification of EVM counts with VVPAT counts in order to not only detect any technological mischief or malprogramming of EVMs, but also deter such mischief.  The Election Commission of India recognises the same and has been implementing such a random cross-verification in the recent state elections, submits petitioners.

However, the fraction of polling stations chosen for such random cross-verification by the Election Commission has been inexplicably miniscule (less than 1% of polling stations in each constituency) and the Petitioners contend that a decision to limit the cross-verification to such a miniscule share is manifestly arbitrary, irrational, unreasonable and in violation of Article 14 of the Constitution and also an effective violation of democracy principles and the principle of elections not only needing to be free and fair, but also seen to be free and fair.

The Petitioners further submit that in order to detect and deter any such mischief or bias in the EVM process, atleast 30% of all polling stations in a constituency must be chosen randomly for EVM counts to be cross-verified with VVPAT counts.