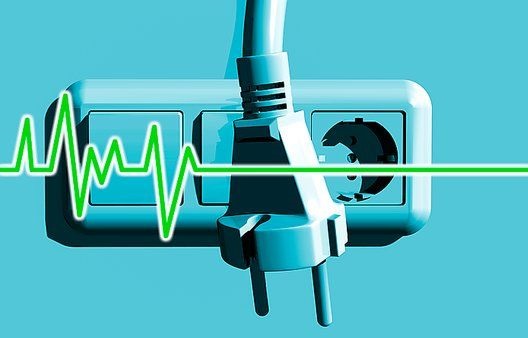 While the apex court has upheld dying with dignity as a fundamental right by legalising passive euthanasia and making provision for living will, it has led to a bunch of questions as well.

“Life sans dignity is an unacceptable defeat and life that meets death with dignity is a value to be aspired for and a moment for celebration.” This was the thought propounded by CJI Dipak Misra in the 538-page judgement which upheld the concept of self-determination and individual autonomy with regard to death in certain circumstances such as when one is stuck in a permanent vegetative state. The Supreme Court upheld the right to die with dignity as a fundamental right by legalising passive euthanasia and upholding the validity of a living will.

The Constitution Bench of the Supreme Court which passed this landmark judgement on Friday (March 9, 2018) comprised of Chief Justice Dipak Misra and Justices AK Sikri, AM Khanwilkar, DY Chandrachud and Ashok Bhushan delivered its verdict on a PIL filed by NGO Common Cause in 2005.

How the argument proceeded

In February 2014 a Supreme Court bench headed by P Sathasivam referred to Constitution Bench a plea filed by NGO Common Cause which sought relief for persons who were afflicted with a terminal disease stating that they should be given relief from agony by withdrawal of artificial medical support provided to them, which is referred to as passive euthanasia. This bench referred to the decision in Aruna Ramchandra Shanbaug v. Union of India which laid down certain procedure in cases of passive euthanasia, however, it was unclear. It was then referred to a Constitution bench to be decided.

The bench referred to a two-judge bench decision in P. Rathinam v. Union of India which stated that Article 21 of the Constitution included the right to die or terminate one’s life and held Section 309 of IPC (attempt to commit suicide) as ultra vires. However this was overruled by a five-judge bench of Supreme Court in Gian Kaur v. State of Punjab held that in committing suicide a man has to undertake certain overt acts which cannot be traced to or be included within the protection of the ‘right to life’ under Article 21. Court opined that the extinction of life could not be read to be included in protection of right to life under Article 21 of the Constitution and cannot include within its ambit the right to die. While dealing with the concept of euthanasia it was held that the argument to support the view of permitting termination of life in cases to reduce the period of suffering during the process of certain natural death is not available to interpret Article 21 to include therein the right to curtail the natural span of life. Section 309 was declared as constitutional.

Later in Aruna Ramchandra Shanbaug v. Union of India a case dealing with a nurse who spent 42 years in a vegetative state as a result of a violent sexual assault, the Supreme Court heard a petition filed by the next friend of petitioner pleading that the petitioner was suffering because of an incident that had taken place 36 years prior to the filing of the petition which had resulted in him being in a permanent vegetative state with no sense of awareness and brain was virtually dead. It was pleaded by the friend that the respondent be directed to stop feeding the petitioner and allow her to die peacefully.

In the Aruna Shanbaug case two categories of euthanasia were discussed- active and passive. While dealing with active euthanasia, also known as ― positive euthanasia or ― aggressive euthanasia, it has been stated that the said type of euthanasia entails a positive act or affirmative action or act of commission entailing the use of lethal substances or forces to cause the intentional death of a person by direct intervention, e.g., a lethal injection given to a person with terminal cancer who is in terrible agony. Passive euthanasia, on the other hand, also called ― negative euthanasia or ― non-aggressive euthanasia, entails withdrawing of life support measures or withholding of medical treatment for continuance of life, e.g., withholding of antibiotics in case of a patient where death is likely to occur as a result of not giving the said antibiotics or removal of the heart lung machine from a patient in coma.

“169. We may, however, add a word of caution that doctors would be bound by the choice of self-determination made by the patient who is terminally ill and undergoing a prolonged medical treatment or is surviving on life support, subject to being satisfied that the illness of the patient is incurable and there is no hope of his being cured. Any other consideration cannot pass off as being in the best interests of the patient.”

In this case the Court prescribed circumstances for passive euthanasia when the person is in a Permanent Vegetative State (PVS) with no reversible chance or when he is ‘brain dead’ or ‘clinically dead’.

Provision for living will

Another issue that was dealt with by the Supreme Court bench was the validity of advance directive or living will which is a written document that allows a patient to give explicit instructions in advance about the medical treatment to be administered when he or she is terminally ill or no longer able to express informed consent. It includes authorizing the family to turn off life support in case a medical board declared that they were beyond medical help.

The bench has issued guidelines in this regard elaborating on who can execute the advance directive and how, what it should contain, how it should be recorded and preserved, when and by whom it can be given effect to, in what cases it can be revoked or held inapplicable.

The bench through the AK Sikri judgement raised concerns of possible misuse of such a right granted as passive euthanasia could become a tool for corruption and ‘a convenient mode to ease the life of a person who is considered inconvenient’. These exhaustive guidelines were laid down by the bench in order to prevent such misuse.

In his judgement it was stated that as far as ‘living will’ or ‘advance directive’ is concerned it would not only facilitate prevention of any misuse but take care of many apprehensions expressed about euthanasia.

The judgment however also provides for carrying out passive euthanasia even in the absence of an Advance Directive. The Court has said that the same procedure and safeguards that apply in cases where an advance directive exists, will be followed in this event. However, the Court has prescribed an additional procedure to be followed in such cases.

In cases where the patient is terminally ill and undergoing prolonged treatment in respect of ailment which is incurable or where there is no hope of being cured, the physician may inform the hospital which, in turn, shall constitute a Hospital Medical Board. This Board shall discuss with the family physician and the family members and record the minutes of the discussion in writing. During the discussion, the family members shall be apprised of the pros and cons of withdrawal or refusal of further medical treatment to the patient. If they give consent in writing, then the Hospital Medical Board may certify the course of action to be taken. Their decision will be regarded as a preliminary opinion.

In the case of Cruzan v. Director, Mo Dept of Health [497 US 261, 278 (1990)] the United States Supreme Court upheld that States can require ‘clear and convincing evidence’ of a patient’s desire in order to oblige physicians to respect this desire. Since the patient had not clearly expressed her desire to terminate life support in such a situation, physicians were not obliged to follow the parents’ request.

In the case of Dennis C. Vacco, Attorney General of New York v. Timothy E. Quill [521 US 793] the Supreme Court of the United States applied the standard of intent to the matter finding that a doctor who withdraws life support at the request of his patient intends only to respect his patient‘s wishes. The Court noted that the law plainly recognized the difference between “killing” and “letting die”.

In the Aruna Shanbaug case, the Court referred to the legislations in Netherlands, i.e., the Termination of Life on Request and Assisted Suicide (Review Procedures) Act, 2002 that regulates euthanasia. The provisions of the said Act legalize euthanasia and physician-assisted suicide in very specific cases under certain conditions.

Belgium has legalized the practice of euthanasia with the enactment of the Belgium Act on Euthanasia of May 28th, 2002 and the patients can wish to end their life if they are under constant and unbearable physical or psychological pain resulting from an accident or an incurable illness.

While this decision has been seen as a progressive judgement as it stands in favour of self-determination, individual autonomy and human dignity and allows the person who is suffering the illness to decide his own fate, there are still certain questions which have been raised by this judgement.

Post Aruna Shanbaug case the Law Commission in its 241st Report titled “Passive Euthanasia – A Relook” again proposed for making a legislation on “Passive Euthanasia” and also prepared a draft Bill titled The Medical Treatment of Terminally Ill Patients (Protection of Patients and Medical Practitioners) Bill. However no law has been enacted in this regard.

The Court held that principles were laid down relating to the procedure for execution of Advance Directive and provided the guidelines to give effect to passive euthanasia in both circumstances, namely, where there are advance directives and where there are none, in exercise of the power under Article 142 of the Constitution and the law stated in Vishaka and Others v. State of Rajasthan and Others. The directive and guidelines shall remain in force till the Parliament brings legislation in the field.

Despite the guidelines in place, one needs to be cautious when celebrating this judgement. It should not excuse the government from their liability to provide low-cost palliative care, as recommended under the 241st Law Commission Report Recommendations,  which stated that notwithstanding that medical treatment has been withheld or withdrawn in accordance with the provisions referred to above, palliative care can be extended to the competent and incompetent patients. The governments have to devise schemes for palliative care at affordable cost to terminally ill patients undergoing intractable suffering.

Therefore, though a favourable judgement, one must wait and see the legislation that is passed by Parliament in this regard before celebrating.