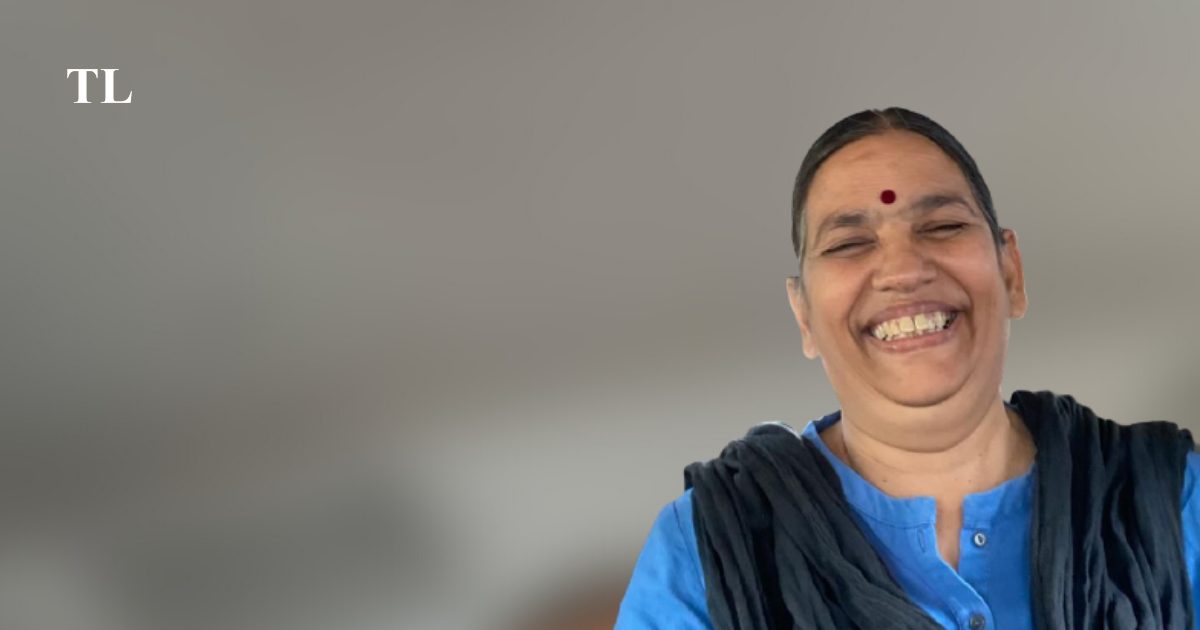 Mumbai, Dec 9 (PTI) Activist and advocate Sudha Bharadwaj, an accused in the Elgar Parishad case, was on Thursday walked out from the Byculla women’s prison in Mumbai on bail, after spending over three years in jail. As she entered her waiting car, she greeted everyone with a broad smile.

Bharadwaj, aged 60 years, who was accused of being part of a criminal conspiracy to overthrow the Union Government, was granted default bail by the Bombay High Court on December 1. The high court had then directed a special NIA court to decide on the conditions to be imposed on her.

On Wednesday, the special NIA court directed Bharadwaj to be released on bail on a bond of Rs 50,000.

Following the completion of formalities, Bharadwaj walked out of the prison on Thursday afternoon.
As she sat in a waiting car, Bharadwaj waved out at media persons waiting outside the jail.

The case in which Bharadwaj and others have been arrested relates to alleged inflammatory speeches delivered at the Elgar Parishad conclave, held at Shaniwarwada in Pune on December 31, 2017, which the police claimed triggered violence the next day near the Koregaon-Bhima war memorial located on the city’s outskirts.

The Pune police, which initially handled the case, had claimed the conclave was backed by Maoists. The probe in the case was later transferred to the National Investigation Agency (NIA).

Bharadwaj was arrested in August 2018 under provisions of the stringent Unlawful Activities (Prevention) Act (UAPA).

The special NIA court had also imposed a slew of other conditions on Bharadwaj, including not leaving Mumbai without permission from court, surrendering her passport to the NIA, and not to speak to the media about the case.

Earlier, the court rejected her plea to travel to Chhattisgarh and Delhi, as she is a practising advocate. The court also did not consider her plea that the restraint on not speaking to the media during the bail period would be a serious violation of her fundamental right to freedom of expression.

The court also directed her not to indulge in any activities similar to the ones on the basis of which an FIR was registered against her.

After the high court granted default bail to Bharadwaj, the NIA had approached the Supreme Court challenging the order. The apex court, however, rejected the NIA’s appeal.

The High Court had in its order last week said Bharadwaj was entitled to bail and its denial would be in breach of her fundamental right to life and personal liberty, guaranteed under Article 21 of the Indian Constitution.

The high court had, however, rejected the bail pleas filed by eight of Bharadwaj’s co-accused in the case, including activists Sudhir Dhawale, Vernon Gonsalves, Arun Ferreira and Varavara Rao.

Bharadwaj is the first among 16 activists and academicians arrested in the case to have been granted default bail. Poet-activist Varavara Rao, also an accused in the case, is currently out on medical bail.

The accused in their bail pleas had raised the common primary argument that the sessions court, which took cognisance of the case filed against them by the Pune police in 2018, did not have the legal jurisdiction to do so.

As per their pleas, two additional sessions judges of the Pune Sessions court, K.D. Vadane, who remanded Bharadwaj to custody, and R.M. Pande, who remanded Dhawale and the seven other petitioners to custody in 2018, had not been designated as special judges. Therefore, they could not have taken cognisance of their case registered for scheduled offences under the UAPA.