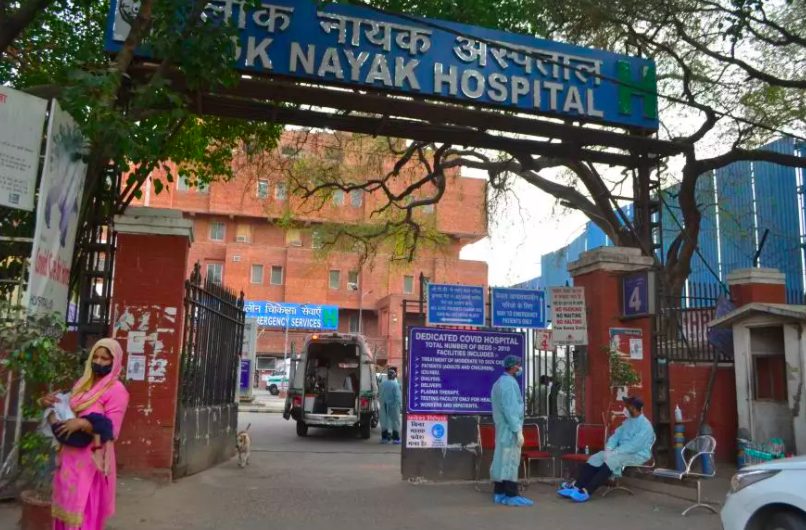 Ditsa Bhattacharya·July 23, 2021
Home
Health
Access to Medicine
The COVID-19 pandemic has caused excess deaths in India to cross more than four million, according to a recent study titled “Three new estimates of India’s all-cause excess mortality during the Covid-19 pandemic”. Excess deaths are a measure of how many more people are dying than would be expected compared to the previous few years.

The authors used three different data sources from the start of the pandemic through June 2021 to estimate excess mortality during the period. However, the study doesn’t ascribe all excess deaths to COVID-19.

The first estimate was from extrapolation of the state-level civil registration data from seven states – Andhra Pradesh, Bihar, Chhattisgarh, Karnataka, Kerala, Madhya Pradesh, Tamil Nadu and Uttar Pradesh. This estimate suggested that the excess deaths could be around 3.4 million. However, the study acknowledged the issues with this estimate of data from seven states to an all-India estimate, saying it was possible that the COVID mortality in the rest of India was different from the seven states.

The second estimate used by the authors was based on combining COVID-19 seroprevalence data and international estimates of the age-specific mortality rate. It implied the excess death toll was around 4 million – 1.5 million and 2.4 million — during the two COVID waves, respectively.

The third estimate, taken from the authors’ analysis of the Consumer Pyramid Household Survey, a longitudinal panel of over 800,000 individuals across all states, yielded an estimate of 4.9 million excess deaths. The study said, “All estimates suggest that the death toll from the pandemic is likely to be an order of magnitude greater than the official count of 400,000; they also suggest that the first wave was more lethal than is believed.”

The report said that any number based on Indian deaths, such as case fatality rates or infection fatality rates, is questionable due to gaps in official mortality statistics. “On the other hand, data for other countries, especially advanced ones, are more reliable both for infection rates (via sero-prevalence surveys) and for deaths,” it said.

India’s official COVID-19 death toll is around 414,000, the third-highest in the world, but the study suggests a huge undercount. Acknowledging the importance of the report, Soumya Swaminathan, Chief Scientist of the World Health Organisation said in a tweet: “For every country, it’s important to capture excess mortality — only way to prepare the health system for future shocks & to prevent further deaths. It’s also why we need to invest in strong civil registration & vital statistics, so policies can be adjusted based on real data.”

The report said that while there is considerable uncertainty within and across estimates. As they range from about 1 million to 6 million overall, with central estimates varying between 3.4 to 4.9 million, the number of deaths are significantly more than the government estimates.

However, referring to media reports about the study, the government on Thursday said the reports assume that all excess mortality figures are COVID deaths, which is not based on facts and totally fallacious, reported PTI, even though the study makes it clear that not all excess deaths are attributed to COVID-19.

“Given the robust and statute-based death registration system in India, while some cases could go undetected as per the principles of infectious disease and its management, missing out on the deaths is unlikely,” the Union Health Ministry said.

The statement claimed that in addition to the contacts, given the vast availability of more than 2,700 testing laboratories in the country, anyone who wants to get tested is able to get the test done. This, coupled with awareness campaigns about the symptoms and access to medical care, has ensured people could reach out to hospitals in case of need.

In his statement in Rajya Sabha, Union Health Minister Mansukh Mandaviya has refuted allegations of hiding COVID-19 deaths, saying that the Central government only compiles and publishes data sent by the state governments, the statement said.