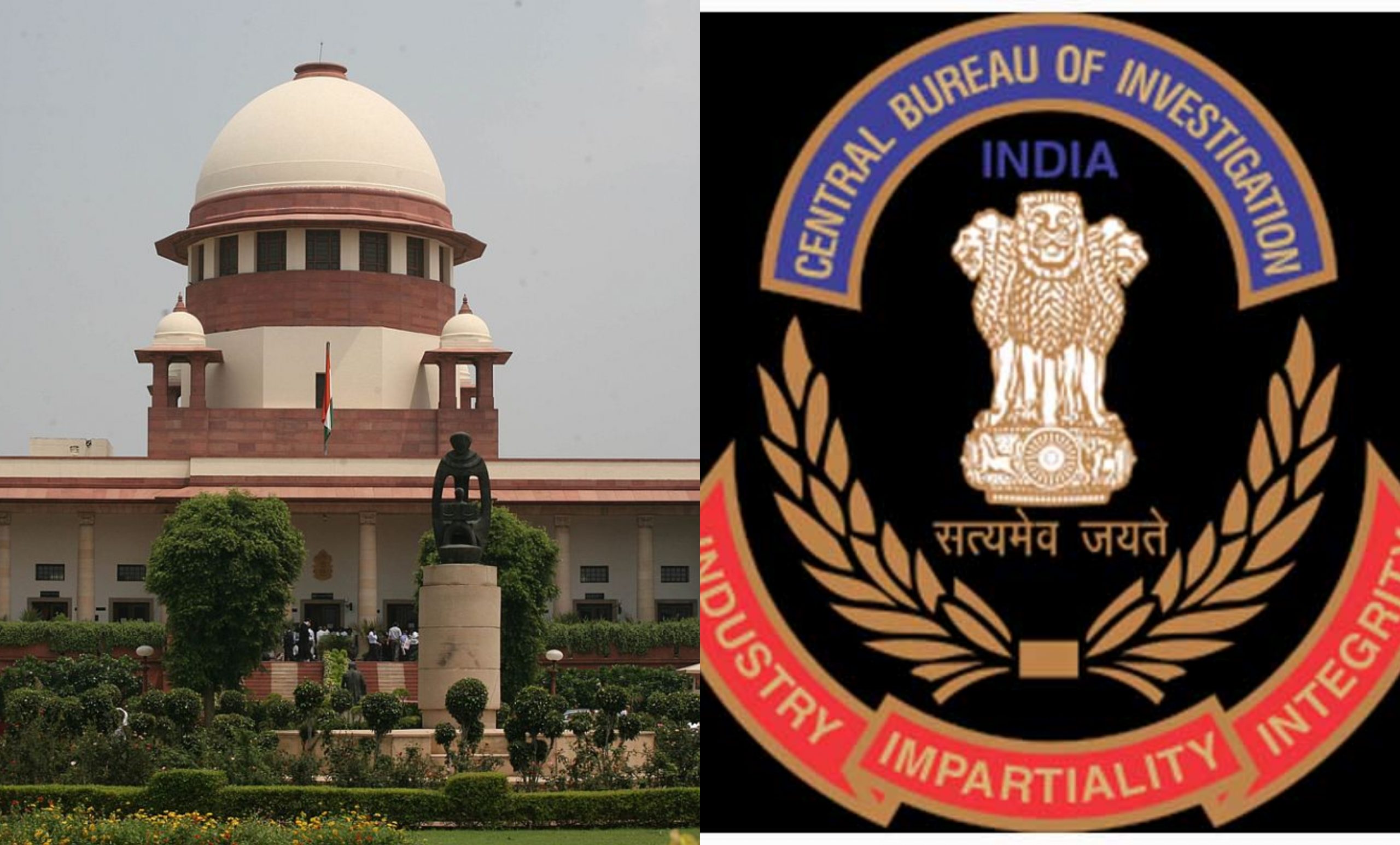 A two-judge bench of the Supreme Court comprising Justice Sanjay Kishan Kaul and Justice M.M. Sundresh Monday referred to the Chief Justice of India(CJI) the matter concerning the withholding of general consent by state governments to the Central Bureau of Investigation(CBI) and the stay orders granted by appellate courts in matters that are being investigated by the premier agency.
The bench said these two issues concerning the functioning of the CBI need to be addressed by the court by registering an appropriate petition as a public interest petition with notices sent to the concerned states and their high courts.
This followed an affidavit filed by the CBI director in the Court stating that it had sent over 150 requests to Governments of Maharashtra, Punjab, Chhattisgarh, Rajasthan, Jharkhand, West Bengal, Kerala and Mizoram during the period 2018 to June 2021 for grant of specific consent for investigation of cases in the territories of these States. This was so because these eight states had withdrawn the general consent previously granted to CBI under Section 6 of the Delhi Special Police Establishment (DSPE) Act, 1946.
The CBI in its affidavit further explained that it had made requests for investigating “trap” cases, disproportionate assets cases, cases relating to allegations of cheating, forgery, misappropriation and loss of foreign exchange as also bank fraud cases.
It added that less than 18 per cent of its requests had been granted, mainly relating to traps laid for allegedly corrupt central public servants. Requests in 78 per cent cases are stated to be pending which mainly pertain to bank frauds of high magnitude impacting the economy of the country and this, in turn, has led to the destruction or dissipation of evidence.
This is certainly not a desirable position, the court remarked.
The second concern the court flagged was regarding stay orders granted by the appellate courts and their adverse effect on the pace of trials.
In the sessions courts, a total of 327 appeals are pending in which CBI is the prosecuting agency. Of them, 45 appeals have been filed by the agency and 282 by the accused.
In the high courts, a total of 12258 appeals/revisions and writ petitions are pending that concern investigations by the CBI. Of these, 931 cases have been filed by the CBI and 11327 by the accused.
In the Supreme Court, 218 cases filed by CBI are pending, while 488 cases filed by the accused are pending. In total 706 cases are pending in the Supreme Court that includes appeals, writ petitions and SLPs.

How did the matter reach SC?

The order came to be passed by the Supreme Court while hearing an appeal filed by the CBI against the Jammu and Kashmir High Court giving relief to two lawyers Mohammad Altaf Mohand and Sheikh Mubarak in a case relating to threatening of witnesses and fabricating false evidence.
The top court noticed that there was an inordinate delay of 542 days in filing the appeal before it. An irked court said prima facie, the delay showed clearly gross incompetence in the legal department of the CBI which raised serious questions of its efficacy to prosecute the cases. It directed the CBI to explain the delay.
When the matter came up for hearing again on February 2 last year, the Court said it was unwilling to accept the scenario where repeatedly appeals/petitions were filed beyond time and with a lame explanation. It directed the Director, CBI, to file an affidavit before the Court as to what steps were being taken or had been taken and what system had been put in place to facilitate the proper functioning of prosecution of legal cases.
Also Read: Madras HC asks Centre to give statutory status and functional autonomy to CBI; describes it as an attempt to release the “caged parrot”
On September 3 this year, the Court took note of the Madras High Court order directing the government to provide for a separate budgetary allocation to the CBI, with the CBI director given the powers of a Secretary to the Government, who will directly report to the Minister/Prime Minister without having to go through the Department of Personnel and Training (DoPT), a nodal department for the CBI, whose head is the Prime Minister.
The top court observed, “There is a common perception that the success rate over the cases taken on file is rather low”.
It thus directed the CBI to place the year-wise data on the cases under prosecution, the time period over which they are pending before the trial courts and the percentage of conviction rendered by the courts.
Click here to read the order