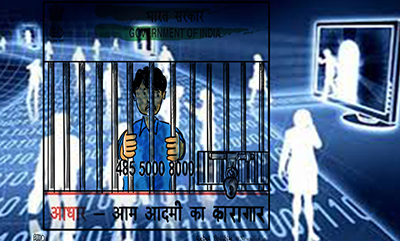 [dropcap]T[/dropcap]he Justice Srikrishna Committee submitted its much awaited report on data protection to IT Minister Ravi Shankar Prasad. The 213-page report titled “A Free and Fair Digital Economy – Protecting Privacy, Empowering Indians” was accompanied by a Data Protection Bill, and will now be reviewed by the IT Ministry before being forwarded to the Prime Minister.

Though the ten-member committee recognised various amendments to the Aadhaar Act in order to bring it line with the fundamental right of privacy as elucidated upon by the Puttaswamy verdict, it did not address concerns beyond those which purely pertain to data protection.

Below are a few comments based upon an initial perusal of the Committee’s submissions from Prasanna Srinivasan, a lawyer who specialises in tech laws.

Upon a basic textual perusal, the Committee’s submissions should undergo the necessary pre-legislative consultative process as per the 2014 Pre-legislative Consultation Policy. This would be followed by the standard review by the Union Cabinet and both houses of Parliament, where it may be subject to further scrutiny by departmental standing committees or a specially constituted select committee.