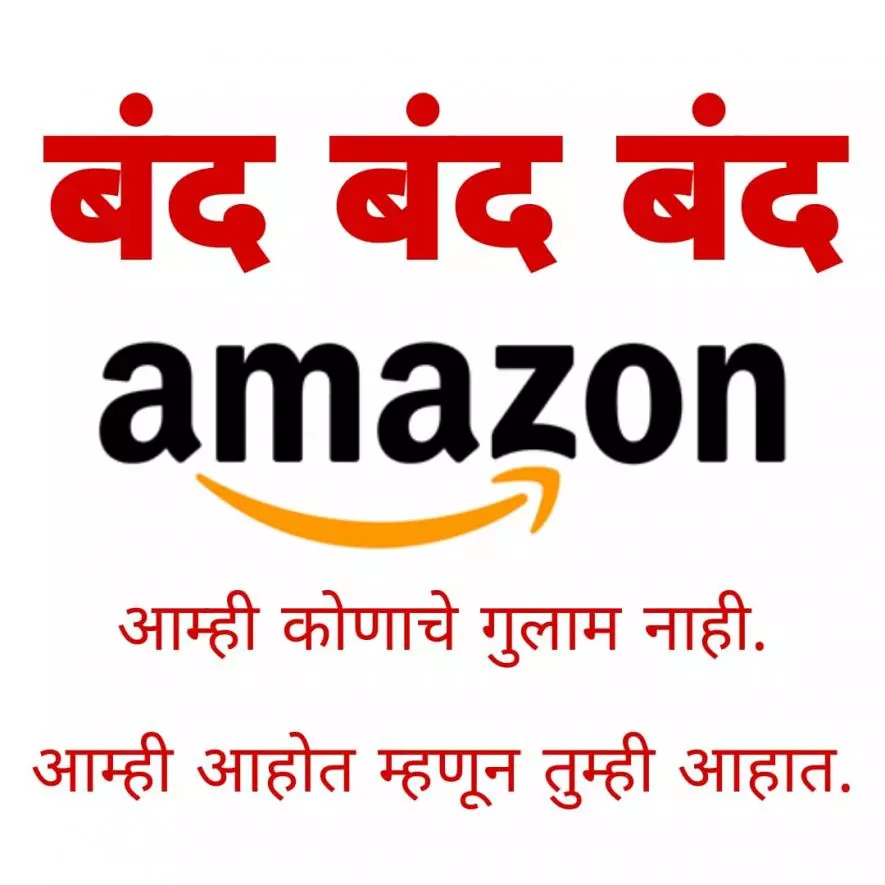 A message that made rounds over whatsapp among the striking Amazon delivery workers in Pune earlier this month. Image Courtesy - Special Arrangement
AnalysisIndiaLabour LawLabour Rights

Labour strikes are no more new to Amazon, the deep-pocketed, USA-based e-commerce behemoth, whose presence spans across the globe unlike any other tech company.

The spate of protests world over in recent times, led particularly by the company’s e-commerce division workers, has effectively brought to the fore the alleged inhuman work conditions – for umpteen number of times.

Earlier this month, the spine-chilling effect of Amazon’s management policies – prevailing more or less globally – was also witnessed in India. It has now sparked the efforts to stage what could be the first nationwide strike in the company’s history in the country.

On March 16, prompted by a new charge policy that was feared to result in a considerable contraction in monthly income of workers, over 10,000 delivery personnel in Maharashtra’s Pune went on a work strike. The non-unionised workforce “silently” protested for the next four days and pressed for the earlier delivery rates – that have been allegedly halved in the past four years.

Days later, taking cue from it, an umbrella national body representing the app-based or platform workers has given a call for a nationwide strike of Amazon delivery workers “in upcoming days”.

The delivery staff of Amazon will soon stage a 24-hour work strike in Hyderabad, Bengaluru, Pune, and Delhi among other metropolitan cities, Indian Federation of App-based Transport Workers (IFAT) said in a press statement issued on Wednesday. The federation has added that this is a “warning” to the e-commerce company to pay heed to the workers’ demands.

The recent cut in delivery payments along with an absence of insurance coverage for “all delivery persons” are among the grievances that have pushed the workers to mount collective pressure on Amazon, according to the press statement. The umbrella body “will not call off the strike despite a lot of pressure from the company,” it said.

Shaik Salauddin, national general secretary, IFAT, on Thursday spoke to Newsclick and confirmed that the federation is in touch directly or indirectly with over 15,000 of Amazon’s delivery workers across India as of yet. “We are speaking with them and are currently drawing up a plan to jointly stage a strike in all the major cities in the country. This will be the first strike in India to affect Amazon’s logistics operations at the national level,” he said.

IFAT also represents app-based workers, colloquially known as gig workers, who are engaged with popular platforms such as Zomato, Swiggy, Ola, and Uber among others.

Salauddin said that the federation was approached by a number of Amazon delivery workers “in the past 3-4 days,” after the notification of the new delivery rates. “The cuts in delivery charges is coming at a time when diesel and petrol prices are on rise. The platform workers are already under strain since last year because of the pandemic. As such, the company must engage with workers before taking big decisions,” he argued.

Newsclick reached out to Amazon India for a comment on the recent development. In an emailed pre-written statement, an Amazon spokesperson claimed that the company’s partners continue to work across the country, without responding to the specific questions pertaining to the cuts in delivery charges.

The tech company added that all its associates across the “Amazon owned delivery network”, “Delivery Service Partner network” and “Amazon Flex program” are covered under different insurance programs.

“There are no disruptions in any of our delivery operations, and our partners continue to work with us to deliver on time to Amazon customers across the country. We place enormous value in having regular conversations with our partners, listening to their feedback and addressing them effectively to continuously improve their experience,” the official statement said.

The words does not mean a thing, however, to thousands of Amazon’s delivery workers, one among whom is Suresh – the name is changed as per the request made by this delivery worker who feared retribution from the company in the form of blocking delivery personnel’s IDs.

Engaged with Amazon since the past four years, Suresh had participated in the work strike in Pune earlier this month. We had no option but to strike, he told Newsclick on Thursday.

“The company slashed the delivery rates – to Rs. 10 on delivering small packages on two-wheelers and to about Rs. 17 for the deliveries made through tempo. This is the fourth time since the lockdown (last year) when the delivery rates have changed. The new rates are half of what they were back in 2017,” Suresh, who drives a tempo for delivering packages, said.

Suresh added that the delivery workers approached the concerned authority of Amazon in Pune, but to no avail. “They would all say that ‘the decision is taken from above and there is nothing that we can do about it’. Even during the strike no one came to talk to us,” he lamented. Eventually, the workers – almost all of whom living hand-to-mouth – had to call off the strike, according to him, after word went out that the company is looking to “replace” the striking workers.

On Thursday, claiming to have been currently tasked by the IFAT to “organise” the Amazon delivery workers in Pune, Suresh resolved: “We are only demanding what we rightfully deserve. There is no other choice but to fight for it.”

(This article was first published by Newsclick. )