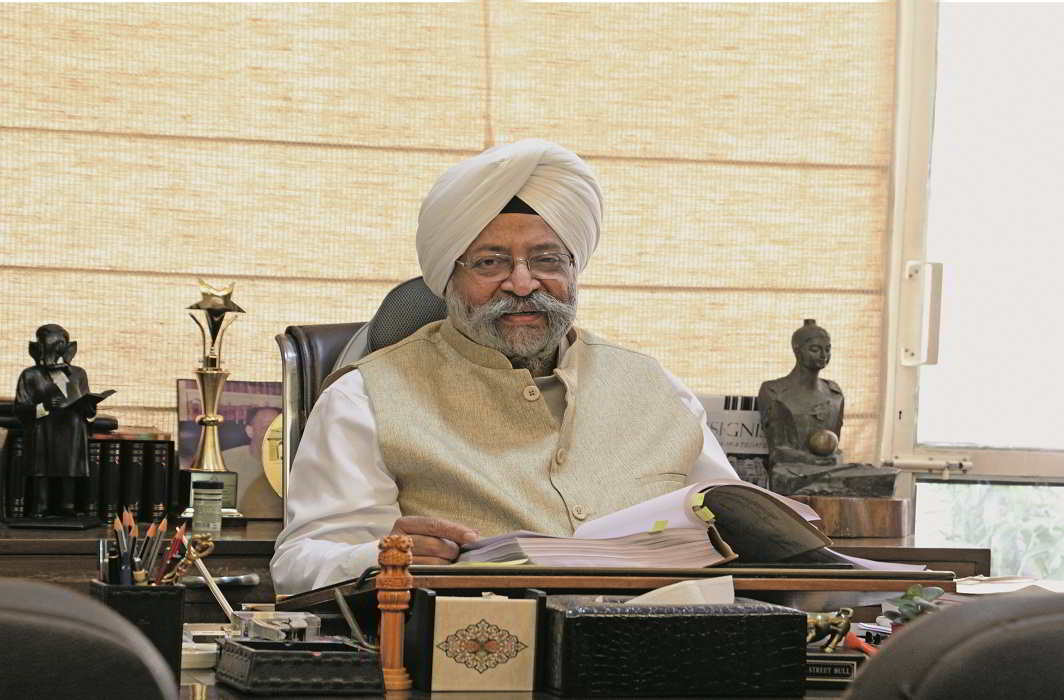 Some unforgettable moments from the life of Rupinder Singh Suri

Senior advocate and Additional Solicitor General Rupinder Singh Suri (71), affectionately known as Rupinder. is no more. His untimely death has saddened the Bar. The pandemic has snatched away one more vanguard of liberty.

Hailing from Punjab, Suri was born in 1951 in a Punjabi middle class family. He grew up in the heartland of Punjab and cosmopolitan Delhi in the years scarred by partition wounds. After graduating from the prestigious St. Stephen’s College, he obtained his law degree from the Delhi Law Faculty in the mid-1970s. He began his practice in the changed post-emergency era. The widened scope of Article 21 of the Indian Constitution not only brought fresh air to dry constitutional schemes but it acted as a welcome door to youngsters to knock the doors of the Supreme Court with public-spirited issues.

When insurgency in Punjab put a mark on national integration in the 1980s, a senior judge of the Supreme Court took a liking for hardworking Sikh lawyer. He couldn’t resist asking him to become a High Court judge in the south. However, the young Sikh shied away. Suri recounted to friends his first proposal. He had a second chance to adore the bench of Delhi High Court. However, Suri withdrew his consent since he didn’t want to wind up his large law firm (Suri & Co), built with dedication.

The role in defending the waters of Punjab, which was dear to his heart, is noteworthy. Suri held the brief for the State of Punjab for decades with aplomb. After the decree of Supreme Court in 2002, when Punjab was directed to dig the Satluj Yamuna Link Canal, die was cast on the hopes of Punjab. When I was sitting in the Bar library, he called me seeking my consent to be included in the legal team. I paused for a second and asked him what can be done after the decree is passed by the highest court of the land. But, Suri was reluctant to accept fate. He asked me to think over how can Punjab reopen the case. We deliberated extensively on the limits of finality of inter State water disputes. This culminated in filing an Original Suit under Article 131 of the Constitution  before the Supreme Court for dissolution of decree and a separate complaint under the provisions of the Inter-State River Water Disputes Act of 1956 for constitution of an Inter State Tribunal to adjudicate water disputes in the changed circumstances. Unfortunately, the Supreme Court rejected the plaint as barred by res judicata.

The then Chief Minister of Punjab, Captain Amarinder Singh was disappointed with the setback. A proposal was mooted for legislative belligerence to knock off the Agreement of 1981. The Act was passed in the special session. A Presidential Reference was made under Article 143 of the Constitution of India on the constitutional validity. However, the Constitution Bench of the Supreme Court answered the questions against Punjab in 2016.

Despite the setback, Suri kept his hopes. He strongly believed that if the inter-State Tribunal looks into dwindling flows in Ravi Beas from 17 MAF [million acre feet] assumed in 1981 to the present annual quantum of 14 MAF, the shares of the States of Punjab, Haryana and Rajasthan have to be redone and in such case, the construction of Satluj Yamuna Link Canal may lose its relevance and Haryana farmers have to look to Sarada Yamuna link as alternative resources.

Be it as it may, Suri had an indomitable spirit in fighting passionately for Punjab in the inter-State water dispute. He was held in high admiration by both sides of the political spectrum – Capt. Amarinder Singh and Parkash Singh Badal. He would often say “my team”, though I would correct him every time as “Punjab team”!

Suri and the Bar elections were inseparable. The pinnacle of his electoral bid was becoming the President of the Supreme Court Bar Association. His election preparation used to be complete with one to one contact. His large contingent of juniors wouldn’t leave anyone. Even though known for decades, he would drop into the chamber … “Mohan ji, I need your vote.” He was a true politician in not taking any vote for granted!

Even though he came from Hindi medium in school, he would often tell his story on how he managed to overcome embarrassment at St. Stephen’s by his extensive reading in English literature. He was a fine public speaker with words flowing in naturally. He charmed everyone by unfailing manners and humbleness. His death has made the Supreme Court poorer.

(Mohan V. Katarki is a Senior Advocate at the Supreme Court of India. The views expressed are personal.)