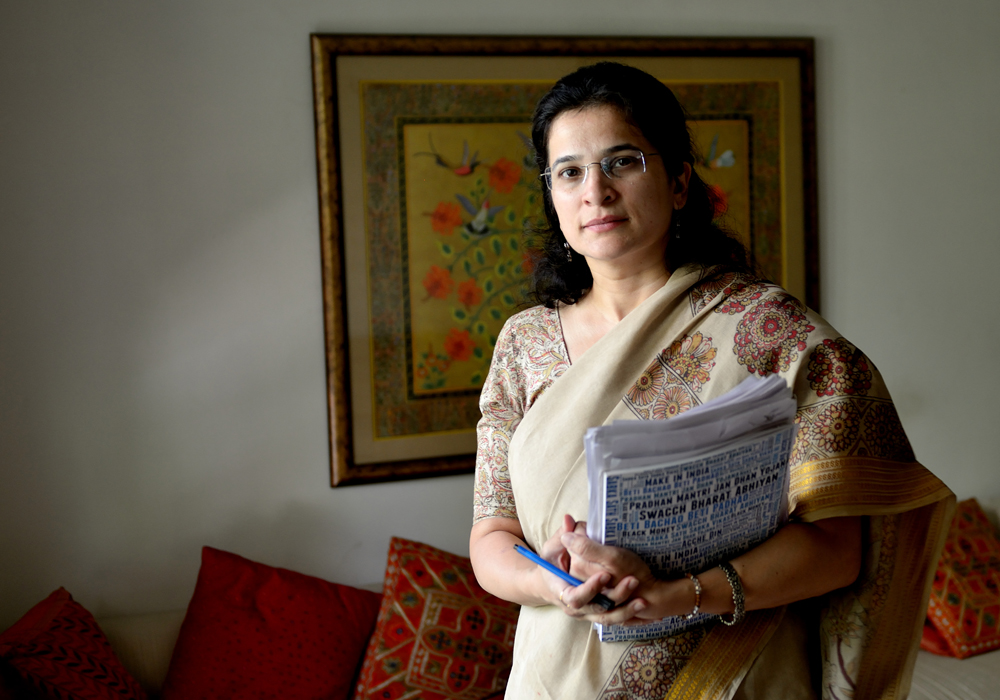 In an encouraging step for activists that fight to strengthen global democracies, Indian social activist, Anjali Bhardwaj has been recognised by the US President’s administration. An active member of many anti-corruption movements across the country, Bhardwaj has taken various steps to deepen the democratic structure in the country, reports SAIKEERTHI.

INDIAN social activist, Anjali Bhardwaj, was recognised by US President Joe Biden’s administration as a champion that fights for transparency and accountability in the country.

In a press conference announcing the new International Anti-Corruption Champions Award, US Secretary of State Tony Blinken stated that the Biden administration will successfully combat issues related to corruption by joining hands with these champions from across the world.

He said that recipients of the award are “courageous individuals who champion anti-corruption efforts and countries working to fulfil their commitments to international anti-corruption standards”.

Bhardwaj responded to the news in a tweet thanking and recognising the “collective effort of people and across the countries who hold power to account”.

The 48-year-old social activist has been an active member of the Right to Information Movement in India for almost two decades. She is also the founder of the Satark Nagrik Sangathan (SNS) which is a citizens’ group that promotes transparency in the government through active participation by the citizens themselves.

Additionally, she also convenes the National Campaign for People’s Right to Information that advocates for the creation of an anti-corruption ombudsman. The campaign also supports the Whistle Blowers’ Protection Act that offers protection to those who expose corruption and are subjected to abuse of power.

Bhardwaj has also been vocal in her opinions on the constant attacks aimed at the Right to Information legislation in the country. She had also stated previously that a strong global voice supporting transparency would positively impact India as well.

The Anti-Corruption Champions Award comes in light of Biden’s repeated emphasis on deepening democracy worldwide. This was heavily focused even during his presidential election campaign where he promised that it would be a part of his administrations’ foreign policy.

Other awardees include Ardian Dvorani of Albania, Diana Salazar of Ecuador, Juan Francisco Sandoval Alfaro of Guatemala, Sophia Pretrick of the Federated States of Micronesia, Ibrahim Kalil Gueye of Guinea, Dhuha A Mohammed of Iraq, Bolot Temirov of the Kyrgz Republic, Victor Sotto from the Philippines, Mustafa Abdulla Sanalla of Libya, Francis Ben Khalifa of Sierra Leone, and Ruslan Ryaboshapka of Ukraine.

(Saikeerthi is a final year journalism student at the Symbiosis Institute of Media and Communication, Pune, and an intern with The Leaflet.)