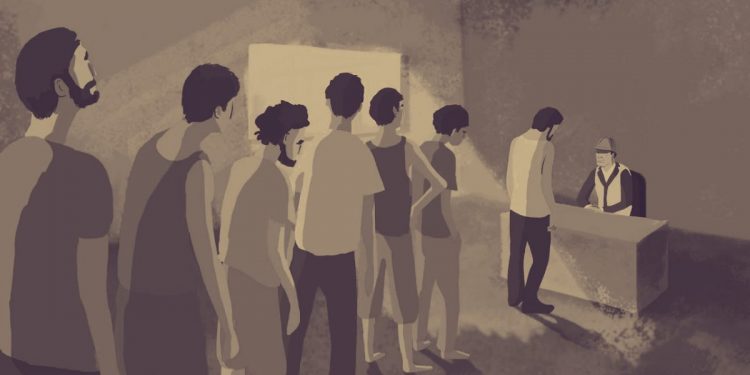 In general, the ECHR had ruled on several instances involving human trafficking and, in particular, forced labour, under Article 4. In Rantsev vs. Cyrpus & Russia (2010), it described human trafficking as an offense that “through its very form and intent of exploitation, is centred on the exercise of powers associated to the right of ownership”, with human beings treated as goods to be ‘purchased and sold’. Nonetheless, Article 4 is intricate, and its interpretation has posed a long-standing definitional difficulty.

The ECHR examined the problem of coercive or obligatory labour under Article 4(2) of the ECHR in the instant case of Zoletic & Ors. vs. Azerbaijan. The initial definitional perspective from the ECHR was addressed in Van der Mussele vs. Belgium (1983), a ruling in which the ECHR relied on the International Labour Organization’s (ILO) Convention No. 29 on forced labour.

The issue with the most current of the ECHR’s case law is the lack of precise definition and interrelationship between the ideas of forced labour and human trafficking. As a result, the question that emerges from Zoletic is whether it offers an additional explanation of the conceptual framework of Article 4 of the European Convention on Human Rights concerning coerced labour, or whether it is simply another reversal in a long string of human trafficking decisions.
Also read: NIA to Deal With Trafficking: Activists Cry Foul

The dispute before the ECHR involved the alleged inability of the respondent State to perform an adequate investigation concerning the applicants’ grievances that they had suffered forced labour and human trafficking. The inability of the authorities to defend the applicants’ interests resulted in violations of Articles 4(2) and 6 of the European Convention, as well as Article 1 of Protocol No. 1 of the Convention. Particularly, Zoletic was concerned about the complaints of 33 Bosnia and Herzegovina nationals who were employed as construction labourers in Azerbaijan. Throughout their stay, they said they were subjected to forced labour because they lacked work licenses, had their passports taken away from them, lived in filthy circumstances, and were denied their earnings.

The issue with the most current of the ECHR’s case law is the lack of precise definition and interrelationship between the ideas of forced labour and human trafficking.

The initial lawsuit that was brought by the applicants was denied by the Sabail District Court in Azerbaijan, and a report by a Serbian NGO describing the limitations and mistreatment of the labourers was not recognized. Afterward, in January 2021, the Appeals Chamber of the Court of Bosnia and Herzegovina confirmed the first-instance decision owing to a lack of evidence that might substantiate the case of human trafficking.
Following that, the applicants filed a complaint before the ECHR alleging that they were sufferers of human trafficking and forced labour, citing Article 6 of the European Convention, and Article 1 of Protocol No. 1 of the Convention.

The ECHR determined that depending on the situation, it was permissible to investigate the essential grievances under the purview of Article 4(2) of the Convention, regardless of the fact that it was not a provision that the applicants had relied on. In several of its past important instances, like Van der Mussele and Chowdury & Ors. vs. Greece (2017), the ECHR alluded to the concept of forced labour, while basing its reasoning on the term “prior consent”.

The Court appears to have taken the same perspective in Zoletic as it did in Chowdury, holding that “exploitation of workers is one of the aspects of exploitation in the concept of human trafficking … that shows the link between human trafficking & forced labour.” The Court determined that the applicants’ assertions formed an ‘arguable claim’ after considering the circumstances of the case, and the evidence of the applicants’ working and living conditions. As a result, the ECHR determined that they were victims of forced or coerced labour as well as human trafficking. The three criteria of human trafficking were also satisfied, according to the court: conduct, means, and intent.

Moreover, the ECHR considered whether the Azerbaijani officials were adequately informed of the conditions, concluding that the applicants’ assertion was “sufficiently and repetitively drawn to the focus of the domestic officials”, requiring the State to accomplish its positive responsibilities under Article 3 of the European Convention on Human Rights, and further interrogate the appropriate accusations. Nonetheless, no evidence had been shown that any endeavour to recognize any of the allegedly linked individuals had been conducted. As a consequence, the State neglected to fulfil its duty to investigate the applicants’ accusation of forced or compelled labour, resulting in a violation of Article 4(2) of the Convention.

The ECHR continues to assume that forced labour is covered by Article 4 without establishing a connection between forced labour and human trafficking. The ECHR appears to avoid explaining how the characteristics of each suit fit with the concept of human trafficking, based on existing case law. Nonetheless, Zoletic is a significant step forward since it took a firmer stance on human trafficking and forced or compelled labour than earlier decisions, and offered a more detailed description of the behaviours and practices that might be considered forced labour.

Nonetheless, Zoletic is a significant step forward since it took a firmer stance on human trafficking and forced or compelled labour than earlier decisions, and offered a more detailed description of the behaviours and practices that might be considered forced labour.

Also read: Political Will Required to Crack Down on Illegal Trafficking
Generally, it appears that the struggle to describe the conceptual apparatus as defined by Article 4 persists. However, this does not discount the progress that has been accomplished by the ECHR with regard to the inclusion of human trafficking in its case laws. As result, Zoletic presents a concise and more coherent framework of the ECHR concerning human trafficking and forced labour. Nonetheless, it is certainly a long off in terms of fully articulating the concept of human trafficking in the ECHR.

(Mili Gupta has an LL.M. from Nirma University, Ahmedabad. The views expressed are personal.)