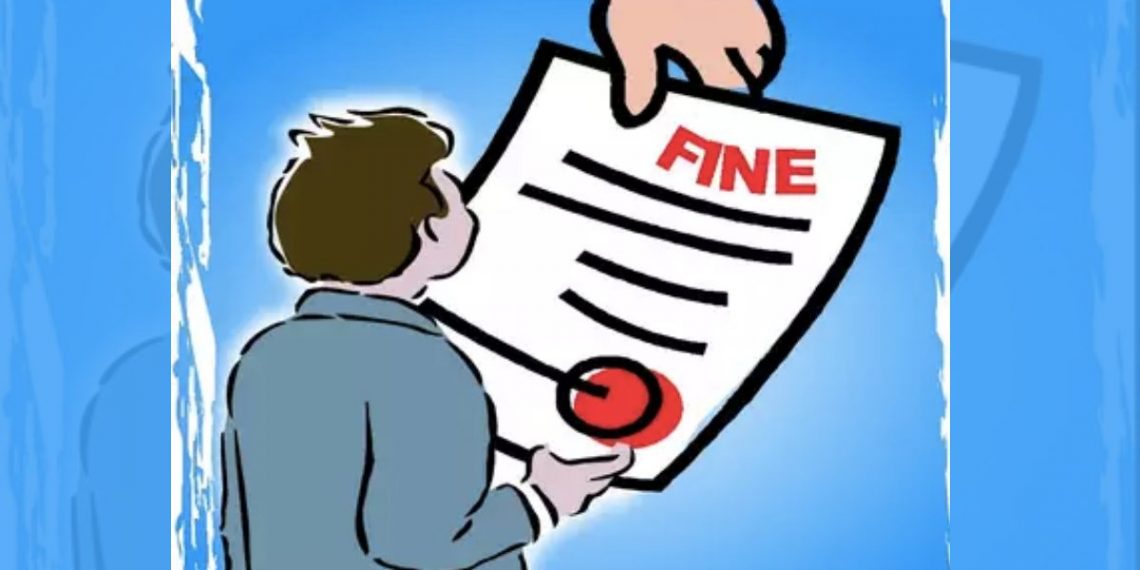 Should India reform its system of imposing fines for offences?

Most countries follow fixed fines for specific offenses but due to inflation, the fine loses its value. There are several alternative fine systems used in different counties, which can be applied in the Indian context, writes ANKITA PUTCHALA.

SOME countries developed different fine systems around the 20th century in order to counter the inherent disadvantages associated with the fixed fines. Systems such as the Standard Scale system used in the United Kingdom and the day-fine system that originated in Scandinavian countries are some examples of such developments. The common feature of these systems is that they are adjusted according to the inflation levels; this is known as indexation. The Penalty Unit (PU) system of Australia is one such fine system which uses indexation. This article explains the significance of a fine system and also explains the PU system as applied in Australia.

A fine is a financial penalty charged by authorities, mainly by the courts, for various kinds of offences. It is the one of the most common types of punishment available in any country. In the usual fine system, a fixed amount is prescribed by statute, and sometimes the statute may also prescribe a minimum and maximum amount. Further, depending on severity of an offence, a fine may be prescribed as a standalone punishment, or it may be given as an alternative to imprisonment, or in some cases both fine and imprisonment are allowed together.

A fine is seen as an alternative punishment to short term imprisonment in some offences. But due to inflation, the fine amounts prescribed in the statute loses value, and sometimes even the maximum fine will not have effect. Those serious offences which can be punished with a fine will lose the deterrence effect on the criminals.

Although the fine system suffers from the disadvantage of inflation where, over time, the monetary value of a fine such as, for example, $50 prescribed in a 1950 statute would be considered less in the year 1980, it has still gained some interest due to one of its advantages. The fine system is a useful alternative for reducing the number of imprisonment sentences as overcrowding of prisons has become a major issue. According to a report by the British non-governmental organization [NGO] Fair Trials, 88 per cent of the criminal cases in Finland receive fines as sentencing.

To have a strong fine system, it is first necessary to understand the limitations of the fixed fine systems.

According to the Ireland Law Reforms Commission Report on the Indexation of Fines published in 1991, the following are some of the disadvantages associated with fixed fine system:

The problems associated with fixed fines makes it necessary for countries to develop a system that takes into account the changing economic conditions. The Australian Penalty Unit [PU] is one such system which gets updated every year to account for inflation. There are several other countries apart from Australia which use similar methods of fines.

Also read: Sujata Kohli vs Rajiv Khosla: Judge imposes meagre fine on the convict despite recording that it was aggravated assault

In this type of fine system, the government manually adjusts the fines according to the inflation levels. Under this system, all the old fines must be brought at par with the current economic situation. Such a system is followed in the UK, where it is called the standard scale of fines in the country. It was first introduced in the Criminal Justice Act 1982, prior to which the UK used a normal fine system which required adjustment using amendments.

The day-fine system solves the issue of inability of the poor to pay a fine when they commit an offence. It also takes into consideration many other factors such as the number of dependents, living expenses, assets and more. Further, under it, the issue of inflation is also solved as it gets adjusted automatically when the fine is charged on a person’s income.

The system of standard scale is applied to summary offences or less serious offences. Under this system, a range of fines are provided that are organised into different levels, and the amount of fine allotted to each offence is related to one of these levels. Based on the offence, a level is prescribed and the judge will award the fine within the fine range provided for that level. In the UK, the Sentencing Council manages all aspects relating to sentencing. As of 2020, the Sentencing Code came into effect in the UK, which prescribes more guidelines in relation to sentencing.

Australia follows a variation of the above system. According to the Australian Law Reforms Commission Report of 1988, PUs were first introduced in the state of Victoria in 1981 to solve the problem of diminishing value of fines due to inflation in the economy. After the report was published, PU was introduced in other states of Australia as well. To apply the PU system, the Consumer Price Index number or the index number is calculated by the Australian Statistician (that is, the head of the Australian Bureau of Statistics). Next, the index number is used to work out an indexing factor that appears as a dollar amount. Finally, this factor is be multiplied by the PUs allotted for each offence to find the real fine amount (Section 4AA of the Crimes Act, 1914). The indexing factor in the Crimes Act is currently $210 and thus, this is also the value of one PU. The indexing factor is calculated every year by the states that use this system and the factor value is published as a notification.

The day-fine system was first introduced in Finland around 1921. Day-fine is also known as a sliding scale system or unit fine system or variable fine system. This system was mainly developed to make the fines fairer by using the income level of the offender to decide the amount of fine.

This system solves the issue of inability of the poor to pay a fine when they commit an offence. It also takes into consideration many other factors such as the number of dependents, living expenses, assets and more. Further, under it, the issue of inflation is also solved as it gets adjusted automatically when the fine is charged on a person’s income. An example is that in Finland, a businessman was charged 54,000 euros for speeding and the amount was charged based on his tax records.

Hence, in such a system, if a person has high income, they get charged a higher fine. According to the report by Fair Trials referred previously, currently 22 European countries use the day-fine system.

This system can be understood better with the help of an illustration. In the case of the Finnish businessman noted earlier, Finland calculates the amount a person earns for one day, then reduces it by half and then calculates for how many days an offender is required to pay this amount.

Application of a new fine system in India

Similar to other countries, India too faced issues due to inflation in the criminal justice system. This issue was addressed by the Committee on Reforms of Criminal Justice System, also known as the Justice Malimath Committee, in its 2003 report. This committee was created mainly to assist in the development of a sentencing policy in India. According to this report, inflation causes the value of money to go down while income levels, including the wages of the unorganized sector, keeps going up and thus crimes, especially economic offences, have become less daunting because the punishment is not deterrent enough. It was explained that the penal code values must be increased by at least 50 times.

India currently follows a fixed fine system where the statue either prescribes a fixed fine or recommended minimum and maximum amounts for the fines. The system in India also faced issues with inflation in relation to fines. An example is the hashtag #NoMore50 campaign that gained momentum around February last year with more than 9,100 tweets. The hashtag was a social media campaign against the penalty prescribed in the Prevention of Cruelty to Animals [PCA] Act, 1960 which has a penalty Rs. 50 or less for acts of cruelty such as kicking, starving or torturing animals. The legislation was enacted during the 1960s but has never been amended as per inflation rates, and has since lost its deterrent effect.

A draft bill for amending the Act with higher fines was proposed in 2011 but it has not been passed, and was being considered by the government at the start of 2021. The campaign was in support of increasing the fines for animal cruelty.

The issue of inconsistency is a problem where some laws prescribe lower punishments while others prescribes higher punishment for the same offence. An example is in relation to the Food Safety and Standards Act, 2006. The Law Commission of India’s Report No. 264, published in 2017, explained that there was a need for uniformity in application of laws relating to food adulteration. According to this report, Sections 272 (adulteration of food or drink intended for sale) and 273 (sale of noxious food or drink) of the Indian Penal Code [IPC] are applied in situations of food adulteration, but penalties prescribed in these sections are not in par with the Food Safety and Standards Act. Under the IPC, the fine charged is Rs. 1000, which may be accompanied with imprisonment of six months, whereas under the 2006 Act, the fine ranges from 1 lakh to 10 lakh rupees, which may be accompanied with imprisonment from six months to life. This report was published while considering the judgment passed by the Supreme Court in Swami Achyutanand Tirth vs. Union of India & Ors. (2016). It was a case of high milk adulteration in various states of India, as a result of which the state governments enhanced the sentence under IPC. The Supreme Court in this case directed the Union of India to bring the adulteration penalties in the IPC in par with the amendments of the states.

According to the Justice Malimath Committee report, inflation causes the value of money to go down while income levels, including the wages of the unorganized sector, keeps going up and thus crimes, especially economic offences, have become less daunting because the punishment is not deterrent enough. It was explained that the penal code values must be increased by at least 50 times.

While considering a fine system that can be applied to India, it is necessary to consider the population size, which is currently 1.38 billion. Applying a day-fine system will require knowledge of the income level of the offender as well as such other factors which would make the fine fairer. But considering the number of offenders that may be put on trial, it will be a time-consuming task to collect more information regarding the offender.

The system followed in Australia or the UK might be a better option. For example, in a system similar to Australia, firstly a certain number of units need to be calculated for each offence and then each year, a factor that takes into account the inflation can be introduced. This factor gets multiplied by the number units in order to find the correct fine. If the situation of the offender needs to be considered, then the units can be altered by the judge within a fine range. This article provided an overview of some of the systems available in the world, but  there are several more systems that can be explored.

(Ankitha Putchala is an advocate and a member of the Su Ichha foundation, an NGO working towards gender equality. The views expressed are personal.)