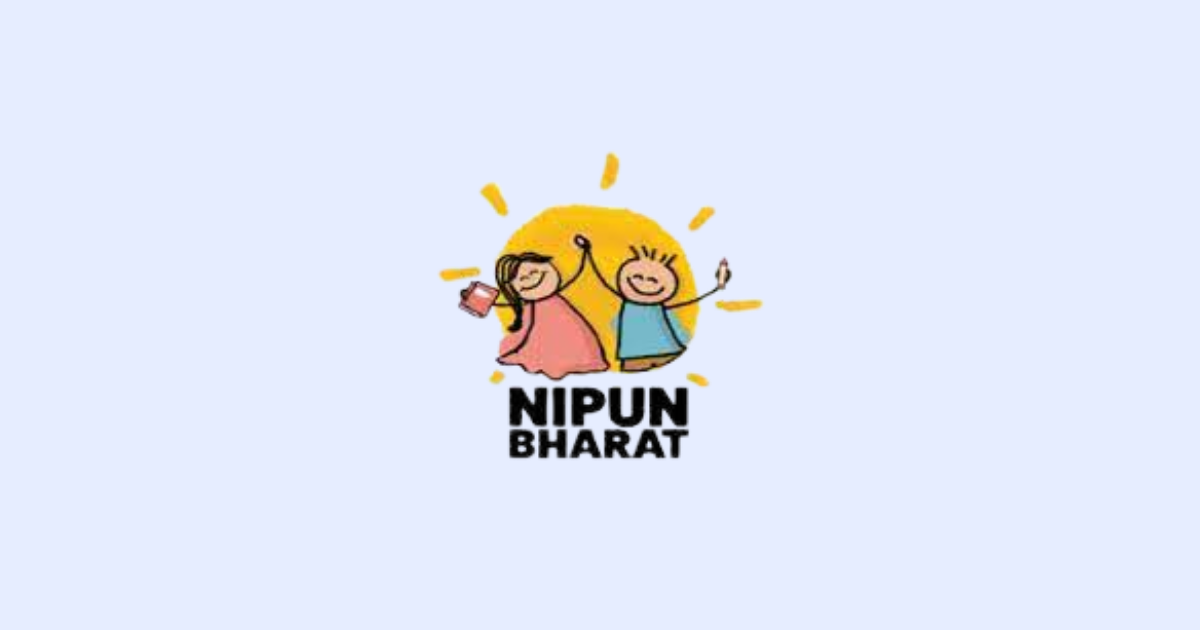 The ministry of education plans to universalise Foundational Literacy and Numeracy by 2026-27. It has prepared a policy guide in the form of NIPUN (National Initiative for Proficiency in reading with Understanding and Numeracy) Bharat. While the policy has posited a nuanced structure, there are few guarantees as to its successful implementation, writes ANANYE KRISHNA.

IN July, the Ministry of Education released a policy document called NIPUN (National Initiative for Proficiency in reading with Understanding and Numeracy) Bharat. This branches out from the objective of achieving Foundational Literacy and Numeracy, as mentioned in the National Education Policy 2020.

As is indicated from the name and the parent objective, this policy is aimed at ensuring that children in the age group of 3-9 years are provided adequate support to acquire age appropriate reading and numerical skills.

The policy has been organised into three broad goals. The first one is ‘Maintenance of Good Health and Wellbeing of Children’; the second one is ‘Children Becoming Effective Communicators’; and the third one is ‘Children Becoming Involved Learners’. The achievement of all these goals has been further divided into six stages, one each for the six years between the ages of three and nine.

It starts with two years of pre-school, followed by one year of Balvatika – a place for transitioning to formal schooling, and finally grades 1 to 3 are the last three stages. For all these six stages, the policy document provides for a set of learning outcomes to be achieved (p. 111, NIPUN Bharat).

While the policy does recognise the need for creating an inclusive learning environment, the learning outcomes highlighted in the policy are uniform, with no specific provisioning for children with disabilities.

The policy mentions that the reading material given to children should depict children with special needs as being an integral part of the society (p. 20, NIPUN Bharat).  Ironically, however, it doesn’t lay down a path for realising this inclusion. When read with the provisions of the NEP which exhibit the intention to keep specially abled children in separate institutions or to have them home schooled (p.27, NEP 2020), it does seem that the government is simply going to paylip service to the idea of inclusion without doing anything concrete to achieve it.

Another point on inclusion emerges as we look at the contents of the various goals. As a part of the first goal, children are supposed to learn to describe themselves and others. There is no mention as to whether the children will be introduced to the idea of gender fluidity at this stage or not.

If we truly want to achieve a shift in the societal approach towards the LGBTQI+ community, this is something which needs to be undertaken. While it might create some tension in areas where this reality hasn’t been allowed to openly survive, that should not stop the administration from taking the first step. Only then will the state truly uphold the right to life, as enshrined in article 21, for all citizens irrespective of their sexual orientation.

Lack of Clarity on Assessments

Moving on to assessment – two stages of assessment have been provided for in the policy (pp. 22-23, NIPUN Bharat). The first stage is ‘School Based Assessment’. This is supposed to be a subjective assessment where the child is evaluated on the basis of observations being made by teachers, parents, and peers.  It is meant to understand the specific inclinations of the child, and to make tweaks to learning processes in order to make them complementary to the child’s inclinations.

The effectiveness of this form of assessment will depend a lot on the kind of investment being made in teacher training, development, and sensitisation. Considering that the policy doesn’t talk about any extra resource allocations being made for this purpose and simply says that the budget for ‘Samagra Shiksha Abhyan’ (pp. 28-29, NIPUN Bharat) will be reorganised, it is not clear as to how the government hopes to achieve this objective.

Also read: India’s Right to Education is failing in reality

The second stage of assessment has been labelled ‘Large Scale Standardised Assessment’. This will be an MCQ based assessment which will be conducted by the NCERT to gauge the achievements of the education system by evaluating students using nationally developed standards. Having national standards for basic and universal skills like reading and numeracy might not be substantially problematic, but as the proficiency in regional languages is also being assessed, it will be apposite for the NCERT to take inputs from regional actors. In addition to the issue of regional languages, context based questions will also need regional alterations.

The policy itself does not elaborate on the operating procedure for the NCERT while creating the standardized assessment.

It is also important that the  pitfalls associated with standardised testing are addressed before the policy is implemented, primarily tackling the concern that standard tests lead to a very narrow part of the learning spectrum being tested.

Overlap of Powers between Implementing Bodies

With respect to allocation of responsibility and implementation, we find that a top down structure has been adopted. All the planning is being done by national level bodies such as the Department of School Education and Learning – under the Union Ministry of Education, a ‘National Steering Committee’, a ‘National Mission Director’, and a Project Management Unit at the national level (p. 181, NIPUN Bharat). Every plan made at the state level has to be according to the guidelines issued by the national bodies and must be approved by these national bodies (pp. 182-186, NIPUN Bharat).

Also read: Education, a casualty in the pandemic violating rights of students

Overall, the policy goals are to be achieved by the year 2026-27 (p. 15, NIPUN Bharat), with intermittent checks and sub-goals set as milestones. It has to be noted here that since this is just a policy, there isn’t an elaborate mechanism to seek accountability, the only recourse being writ petitions, primarily mandamus, under article 226 and article 32 of the Constitution. If instead, this policy were to be enforced via a well-rounded legislation, there could have been a sharper fixation of responsibility, with a relatively more direct route for seeking accountability.

The policy has embarked on a task crucial for the upliftment of millions of children across the country. The only issue in the formulation of the policy is its dependence on political will and sincerity for its implementation, both of which have not exactly proven reliable in the past.

(Ananye Krishna is an LL.M. Candidate at Azim Premji University, and co-founder of DEVISE (Developing Inclusive Education). The views expressed are personal.)