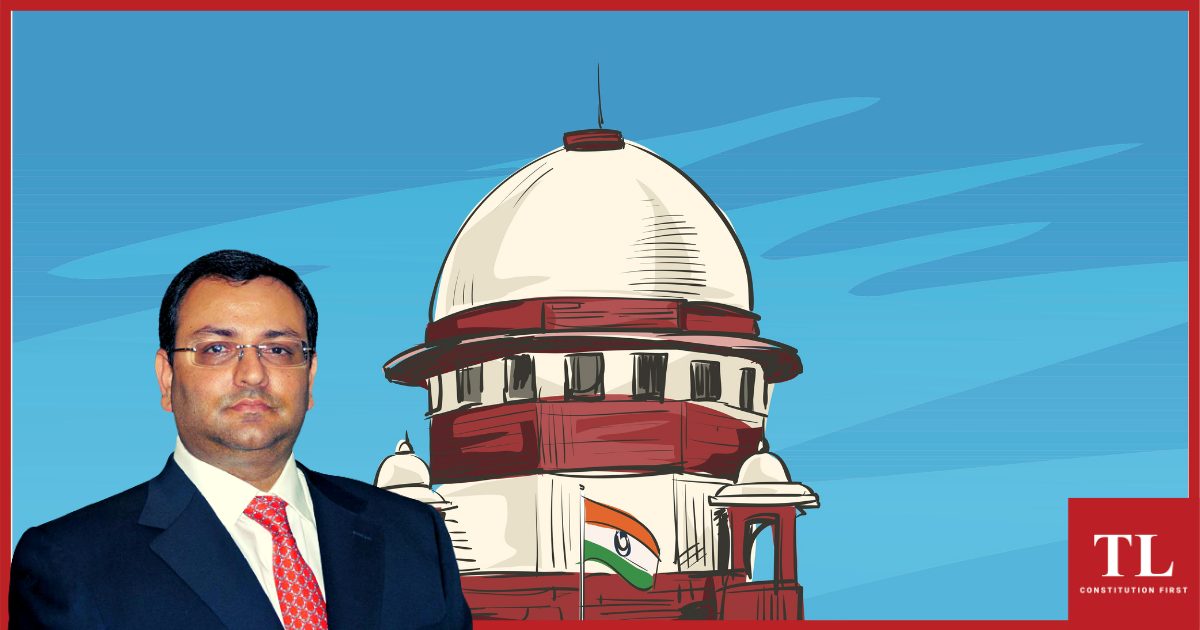 Shapoorji Pallonji Review Petition may be Untenable in Law

Elaborating on the principles of law dealing with the scope of review power of the Supreme Court, GAURAV THOTE explains why the petition filed by the SP Group before the Supreme Court to review its March 26 judgment fails to satisfy the parameters for the top court to invoke its review jurisdiction.

THE Shapoorji Pallonji Group (SP group) recently filed a review petition against the March 26 judgment of the Supreme Court, in which a three-judge bench, comprising former Chief Justice of India S.A. Bobde and Justices A.S. Bopanna and V. Ramasubramaniam, dismissed all allegations of oppression and mismanagement against the SP group at Tata Sons Private Limited. The apex court’s 282-page judgment decided all the issues in favour of Tata Sons.

In the review plea, the SP Group has contended that the verdict has amounted to “miscarriage of justice”. The plea further argues that the judgment incorrectly interprets the provisions in the Companies Act, 2013, in effect eroding governance standards and rendering a large swathe of minority shareholders remediless.

Cyrus Mistry of SP Group, whose removal from the chairmanship of Tata Group by Tata Sons has been the bone of contention in litigation that has spanned since 2018, has also filed an application seeking removal of certain adverse remarks like “setting his own house on fire” from the judgment. As per the SP Group, the judgment confuses the duty of ‘independent judgment’ expected of all directors with the qualification criteria for ‘independent director’. This, according to it, renders this a ‘dangerous precedent’ that will dilute the fiduciary duties of directors and erode governance standards under Sections 149(1) and 166(3) of the Companies Act, which require every company to be managed by a board exercising independent judgment.

What the law says

The review jurisdiction of Supreme Court can be found in Article 137 of the Constitution of India, which states:

“Subject to the provisions of any law made by Parliament or any rules made under article 145, the Supreme Court shall have power to review any judgment pronounced or order made by it.”

Reference must be made to Order XLVII, Rule 1 of the Code of Civil Procedure, 1908 (CPC), the relevant portion of which states:

“(1) Any person considering himself aggrieved–

(a) by a decree or order from which an appeal is allowed, but from which no appeal has been preferred,

(b) by a decree or order from which no appeal is allowed, or

(c) by a decision on a reference from a Court of Small Causes, and who, from the discovery of new and important matter or evidence which, after the exercise of due diligence was not within his knowledge or could not be produced by him at the time when the decree was passed or order made, or on account of some mistake or error apparent on the face of the record, or for any other sufficient reason, desires to obtain a review of the decree passed or order made against him, may apply for a review of judgment to the Court which passed the decree or made the order.”

The Supreme Court judgments in the cases of Thungabadra Industries Ltd. v. The Government of Andhra Pradesh (1964 SCR (5) 174), Meera Bhanja v. Nirmala Kumari Choudhury (1995 SCC (1) 170), and Inderchand Jain v. Motilal ([2009] INSC 1252) have all settled the principle of law that review proceedings are not to be used as a tool to seek appeal of a well-reasoned judgment, but only to only correct any material error manifest on the face of the record which results in miscarriage of justice.

In the case of Kamlesh Verma v. Mayawati (2013) 8 SCC 320, the Supreme Court made reference to Article 137 of the Constitution and held that review proceedings even thereunder would have to be strictly confined to the scope and ambit of Order 47, Rule 1 of the CPC.

In this judgment, the court laid down guidelines vis-à-vis its review jurisdiction which are summarized as follows:

*The words “any other sufficient reason” have been interpreted to mean “a reason sufficient on the grounds at least analogous to those specified in the rule (Order 47, Rule 1),” as per the apex court’s ruling in the case of Moran Mar Basselios Catholicos v. The Most Rev. Mar Poulose Athanasius (1955 SCR 520).

The last guideline in the second column is pertinent to this analysis.

Why the review plea is not maintainable

The SP group, in its review petition, has contended that the bench has incorrectly interpreted the law. It has referred to the verdict as a ‘dangerous precedent’ with reference to Sections 149(1) and 166(3) of the Companies Act.

The impugned judgment not only deals with these provisions at length, but has expressly rejected the contention of the SP Group in its well-reasoned judgment.

The bench has held:

“According to the S.P. Group, the preconsultation/pre-clearance requirement disabled the Directors from effectively discharging their fiduciary duties under Section 166, violated the Secretarial Standards required to be adhered to under Section 118(10) and rendered nugatory, the scheme of Section 149 which requires 1/3rd of the members of the Board to be independent Directors. But all the above contentions are completely devoid of any substance, for they tend to overlook one basic fact namely that Tata Sons is not a company engaged either in any manufacturing activity or in any trading activity.

If all directors are required under Section 166(3) to exercise independent Judgment, we do not know why there is a separate provision in Section 149(4)for every listed Public Company to have at least 1/3 rd of the total number of Directors as independent Directors. We do not also know whether the prescription in Section 149(4) is a tacit acknowledgment that all the Directors appointed in a General meeting under Section 152(2) may not be independent in practice, though they may be required to be so in theory. [emphasis added]”

It seems clear that the review petition seeks for the reasoning to be set aside and the verdict to be overturned on merits. For this purpose, the matter would have to be reheard. However, in Inderchand Jain, it was conclusively held:

“It is beyond any doubt or dispute that the review court does not sit in appeal over its own order. A rehearing of the matter is impermissible in law. It constitutes an exception to the general rule that once a judgment is signed or pronounced, it should not be altered. It is also trite that exercise of inherent jurisdiction is not invoked for reviewing any order. [emphasis added]”

Even assuming the judgment to be erroneous, it would still be impermissible to revisit the matter based on the same arguments. Furthermore, Order 47, Rule 5 of the CPC mandates that the same bench must hear the review petition, as long as the judge or judges are attached to that Court.

The SP Group seems to have waited for Justice Bobde to retire before filing their review petition. However, it may suffice to say that his replacement may not be of much significance to the relief they seek. Nor can the SP Group run away from the fact that the bench would still comprise Justices Bopanna and Ramasubramaniam who have inter se concurred with the views rendered in the judgment. Even the remark “setting his own house on fire” in relation to Mistry is a consequence of his actions during his tenure with Tata Group.

(Gaurav Thote is an advocate practising at the Bombay High Court and the National Company Law Tribunal, Mumbai bench. The views expressed are personal.)