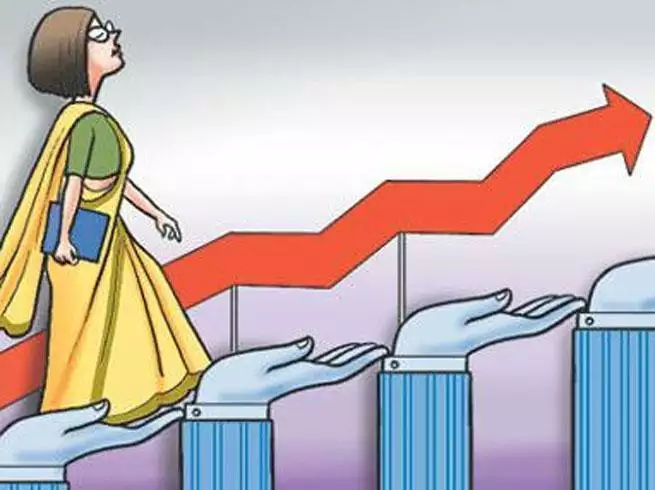 Self-help Groups: Women Become the Change They Want to See in the World

Self-help groups are India’s most powerful conduits for incubating and empowering women to move from subsistence to sustainability. The pandemic has amplified their social and economic resilience and shown how they can effectively articulate a meaningful grassroots response to such a crisis. MOIN QAZI highlights the heroic struggle of some of these women who are engendering a socio-economic revolution in their communities.

WOMEN bear most of the responsibility for holding societies together, be it at home, school, in healthcare or caring for the elderly. They perform all these tasks, usually without pay. Yet, even when the work is carried out by professionals, those professions tend to be dominated by women who get less paid than male-dominated professions.

While disrupting and unsettling the livelihoods and cultures of millions around the world, Covid-19 has thrown gender-based differences and all-pervasive unfairness and inequality into even sharper relief.

Women bear most of the responsibility for holding societies together, be it at home, at school, in health care, or in caring for the elderly. They perform all these tasks usually without pay. Yet even when the work is carried out by professionals, those professions tend to be dominated by women who get less paid than male-dominated professions.

Across every sphere, from security to social protection, health to the economy, the impact of the pandemic are exacerbated for women and girls simply by virtue of their gender.

The pandemic is poised to worsen another stubborn reality: while men are more likely to succumb to the virus, the social and economic toll will be paid disproportionately by girls and women.

It’s human nature to search for a silver lining even amid this pandemic. Humans need hope. Some sectors have proved resilient even in these challenging times.

The sturdiest among these is the self-help group (SHG) movement in India, which is one of the most powerful incubators of female resilience and entrepreneurship in rural areas. It is a powerful channel for altering the social construct of gender in villages.

Women in rural areas are now able to create independent sources of income. While there were many young semi-literate women who have home-grown skills, the absence of capital and regressive social norms prevents them from taking a full plunge in any decision-making role and setting up their own independent business.

The self-help group movement has been one of the most powerful incubators of female resilience and entrepreneurship in rural India. It is a powerful channel for altering the social construct of gender in villages. Women in rural areas are now able to create independent sources of income.

A membership of an SHG, however, enabled these women to build confidence, access finance and get social support to set up their own enterprises.

It is primarily within the SHG milieu that village women have been able to hone their rudimentary skills. This meant that they could not think of any unique businesses that could leapfrog them to more profitable avenues. Hand-sewing was the most common skill that most women picked up in their maternal homes. Here also, those who could use their skills with some creative insight could succeed. They had also to compete with qualified male tailors who pursued the vocation as a hereditary activity. Some of these women would be apprenticed to a trained tailor to help them graduate to full tailoring skills.

One woman who fitted this mould and finally used her talent and instincts and unique brand of honesty and determination to build a successful trajectory was Chanda Buradkar. She was wedded into a family in a village called Wanoja in Chandrapur district of Maharashtra.

Chanda adapted to her new home like a fish takes to water. She was lucky to have a very hardworking and supportive mother-in-law named Shantabai. The two seemed to share a unique chemistry and they used their mutual strengths to contour their new journey. They didn’t resign to the status quo. Instead, they probed for avenues towards justice.

While Chanda’s husband and father-in-law devoted themselves to carpentry and electric repair work, Chanda and Shantabai operated the family flour mill. Chanda relied entirely on her husband to pay the school fees of her children, which often led to the little ones missing school. Then she joined an SHG with other women in the community. Chanda was at first reluctant to take a loan from the bank because of the bitter childhood memories associated with moneylenders. With a few conversations, we were able to get Chanda on board. She used the first loan to purchase a sewing machine to tailor garments to supplement the family kitty.

Chanda’s story finds echoes in the lives of millions of women who are part of the SHG movement. SHGs are typically groups of 8-10 women who meet once a week to collect money from their members, connecting them to banks and loaning them money at low-interest rates.

Financial access and other support have enabled village women to boost their families’ incomes.

Chanda and Shantabai were among the first members of SHGs launched in the pilot phase in the 1990s. While they remained wholeheartedly active in them, they preferred to continue independent businesses. Chanda was the first beneficiary of a group loan of Rs 2.5 lakh which our bank extended under the Integrated Rural Development Programme (IRDP). It was the government’s first foray into microfinance-based lending. It was a group of five borrowers bound by a contractual joint liability. The group couldn’t bond well on account of its heterogeneous composition and absence of mutuality of goals and interests. But it was able to repay the entire loan during the stipulated term.

Chanda’s enterprise is a successful example of a business established with money from a fund run by an SHG in the community. “The loans from the .group have changed my life,” she says. Access to financial services has been the key to her success.

Shantabai partnered with another member of an SHG to pick up a canteen contract for employees at the tahsildar’s office. Our bank staff had to do a lot of hand-holding, besides extending finance. Although the two women decided not to renew the contract after the one-year term, they were able to gain a lot of confidence and build reasonable savings. Chanda and Shantabai combined their savings to purchase a small piece of land and construct a concrete house which they rented to augment their income.

Chanda would try her hand at seasonal businesses even while she established a stable income from tailoring. Recognising an opportunity to build a permanent business, she opened a storefront in her home that she could attend to even while she paddled her sewing machine. With insufficient capital, she was able to sell only a few items. She took a loan to stock enough inventories of household and seasonal items, and the store immediately took off. Chanda took advantage of the sachetisation of the market economy and with a small sum, she could build a sufficient stock of bite-sized affordable pouches of shampoos and detergents. The increased income enabled her to diversify the business and raise chickens.

Meanwhile, Chanda’s children were growing up and she started focusing on their education while pursuing her entrepreneurial journey. Chanda kept herself away from the political swirl because she was a tough, uncompromising and very outspoken woman whose unvarnished honesty was her greatest shield.

Chanda noticed that villagers had to travel to the nearest town for refining their farm pulses. She used her ingenuity to assemble an indigenous processing machine by working with local blacksmiths to repurpose parts scavenged from derelict agricultural equipments. She later got a loan to upgrade the machine. Since the village had frequent power cuts, she procured an old diesel engine to power the mill. With her husband’s knowledge of electric instruments, she soon made the entire unit free of any technological friction.

There are millions of small business owners like Chanda who are working hard to support their families and fulfill a need in their communities. When these enterprises thrive, so do the families and communities that depend on them. While these microloans have long been a strategy to alleviate destitution among women, they also have the broader purpose of pumping up local economies.

There are millions of small business owners like Chanda who are working hard to support their families and fulfill a need in their communities. When these enterprises thrive, so do the families and communities that depend on them. While these microloans have long been a strategy to alleviate destitution among women, they also have the broader purpose of pumping up local economies

The local micro-finance practitioners are trying to help and have a better idea of what these women need than experts in faraway capitals. The perennial stumbling block has been how to tap into this intimate knowledge of local needs on a large enough scale to make a difference.

The Covid-19 crisis spurred an entrepreneurial wave across the country. Rural women, particularly enterprising ones like Chanda, jumped on board. They are, in fact, better placed to cope with the pandemic as their own uncertain lives pose everyday challenges and keep testing their resilience. Chanda guided her woman into a small partnership for mass production of face masks.

Stories like Chanda’s are what inspire and motivate us in our role as development agents. Chanda’s life shines as a compelling and inspiring story of resolute perseverance, of the power of the human spirit and of the dignity of so many people struggling to escape the enduring grasp of poverty. The one thread these women have in common is their thoughtfulness and resilience that helps them cope with shocks that knock more often at the doors of people least prepared to face them.

Stories like Chanda’s are what inspire and motivate us in our role as development agents. Chanda’s life shines as a compelling and inspiring story of resolute perseverance, of the power of the human spirit, and of the dignity of so many people struggling to escape the enduring grasp of poverty.

The proliferation of female micro-entrepreneurs is collectively helping to lift communities out of poverty. These grassroots women now have great relevance in the local ecosystem. They are the first responders, quick to assess what their communities need and are nimble enough to respond, drawing on local relationships.

Gone are the days when these naïve women would be held down by cultural mores and conned by knaves. They have taken control of their lives. They have shown that rural women never cease to astonish us with their amazing strength.

With access to the resources they need, these women are breaking through the shackles of poverty, experiencing the dignity of self-reliance, building stability for themselves and their families and making a positive impact in their communities.

(Moin Qazi is a well-known development professional. The views expressed are personal.)