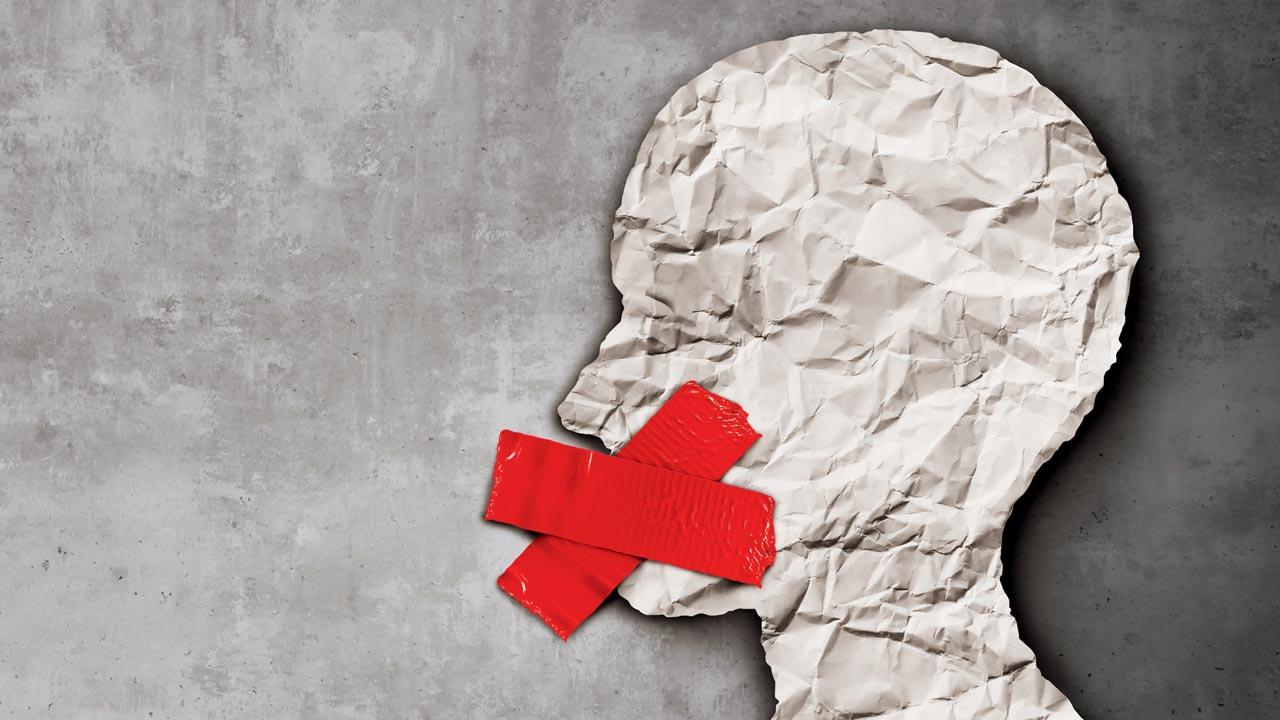 Sedition law: an imperial legacy, and a weapon of intimidation and subjugation by the regime

On the occasion of Gandhi Jayanti, TUSHAR GANDHI relies on Mahatma Gandhi’s defence during his 1922 sedition trial to make a case for the abrogation of the colonial-era law, as well as similar other laws that are used to stifle citizens’ democratic rights.

Explanation 1– The expression “disaffection” includes disloyalty and all feelings of enmity.

Explanation 2– Comments expressing disapprobation of the measures of the Government with a view to obtain their alteration by lawful means, without exciting or attempting to excite hatred, contempt or disaffection, do not constitute an offence under this section.

Explanation 3– Comments expressing disapprobation of the administrative or other action of the Government without exciting or attempting to excite hatred, contempt or disaffection, do not constitute an offence under this section.”

Sedition laws were first enacted sometime in the 17th century in England to protect the Crown and the State from any potential uprising, that is, a popular revolt. It was added to the Indian Penal Code in 1870 by the colonial British administration to perpetuate their subjugation of India and its people, and to intimidate and suppress dissent by Indians.

“I have found that it is our duty to render voluntary obedience to law; but whilst doing that duty I have also seen that when the law fosters untruth, it becomes a duty to disobey it.”

Unfortunately independent India while adopting a Constitutional Democracy has retained this oppressive and anti-democratic law, and abused it to ‘punish’ dissent, intimidate dissenters and stifle criticism of the Government of the day, its policies and politics. In other words, democratically-elected Governments have used a draconian law in an authoritarian, oppressive manner.

Tilak was first charged with sedition in 1897 for his writings and rendition of a poem commemorating the coronation of Chhatrapati Shivaji Maharaj; Lok Manya was declared guilty and sentenced to 18 months imprisonment. Next, Tilak was once again prosecuted for sedition for his ‘anti national’ writings in Kesari; he was sentenced to six years imprisonment, and transported to Burma to undergo imprisonment. In 1916, Lokmanya Tilak was once again prosecuted for sedition but defended by Barrister Mohammed Ali Jinnah; he was acquitted.

Also read: The Law of Sedition and Bal Gangadhar Tilak

After he stopped the Asahakar Andolan, that is, the Non-Cooperation Movement, because of the ‘violent’ incident of the lynching of policemen in Chauri Chaura, M. K. Gandhi was prosecuted along with his publisher for his ‘anti’ British colonial government articles published in Young India.

Gandhi’s statement in Judge Broomfield’s court was very telling about the immorality of British oppression and the evil of the sedition law. Gandhi said:

“…I came to the conclusion that the British connection had made India more helpless than ever was before, politically and economically she has become so poor that she has little power of resisting famines … My experience of political cases in India leads me to the conclusion that in nine out of every ten the condemned men were totally innocent. Their crime consisted in the love for their country …”

The Prince of IPC

Speaking at his sedition trial, Gandhi called section 124A of the IPC, “The Prince among political sections of the Indian Penal Code, designed to suppress the liberty of the citizens.” Gandhi said:

“Affection cannot be manufactured or regulated by law. If one has no affection for a person or a system one should be free to give the fullest expression to his disaffection, so long as he does not contemplate, promote or incite to violence. But the section under which Mr. Banker and I have been charged is one under which mere promotion of disaffection is a crime … I have studied some of the cases tried under it [Section 124A] and I know that some of the most loved of Indian patriots have been convicted under it. I consider it a privilege, therefore, to be charged under that section …”

“I am here, therefore, to invite and submit cheerfully to the highest penalty that can be inflicted upon me, for what in law is a deliberate crime and what appears  to me to be the highest duty of a citizen, the only course open to you, the Judge, is either to resign the post and thus disassociate yourself from evil, if you feel that the law you are called upon to administer is evil and that in reality I am innocent, or to inflict upon me the severest penalty, if you believe that the system and the law you are assisting to administer are good for the people of this country.”

What Gandhi said during his sedition trial in 1922 rings true for present day India. It is a message for the government, the administration machinery and the judiciary. They need to be reminded of his words; they need to understand what he told the ‘evil’ British administration, his prosecutors and the presiding Judge.

Misuse of sedition and other draconian laws in present-day India

Independent India has continued with the application of section 124A of the IPC to oppress and intimidate dissent. The last two decades has seen it being abused to extreme levels. To the menace of the misuse of this provision by the government, have been added the brutal trials by the media and society. The labels of ‘Anti National’, ‘Desh Drohi’ and ‘Urban Naxals’ have demonised dissent, which is a duty in a healthy, functioning democracy. The Prime Minister and his senior cabinet colleagues have added fuel to this fire of hate by utterances such as ‘Termites’ and ‘Andolanjeevi’, and calls of ‘Desh ke Gaddaron ko, Goli Maaro Saalon Ko!’

During the Emergency period, the Maintenance of Internal Security Act (MISA) was used to stifle and punish dissent and subjugate political opposition. Since then India had outdone itself in implementing laws which have harassed and oppressed its citizens more than prevented crime. The Terrorist and Disruptive Activities (Prevention) Act in Maharashtra was one such law.

The dishonest and in most cases mala fide application of these laws has resulted in many arrests and prosecutions, but a dismal percentage of convictions. What they have spectacularly achieved is to destroy lives.

Unfortunately such laws have empowered the state to prosecute with impunity, but does not provide for compensation to those prosecuted under these laws and subsequently exonerated by courts. There is no mechanism by which police who help fabricate cases and file trumped up charge sheets are punished when the cases they file do not stand up to the scrutiny of judiciary; neither is the State penalised or fined for subjecting its citizens to harassment and psychological torture during their incarceration.

The recent case in Surat where 122 people who were accused of being members of the outlawed organisation Students Islamic Movement of India were arrested and charged in 2001 and had languished in jail till their acquittal last month. They were denied bail, because they had been booked under the Unlawful Activities (Prevention) Act (UAPA). Five of the accused died in prison during the pendency of the trial. Although all the accused got back their freedom, the police and the state government, whose actions and intentions were proved to be mala fide, got away scott free.

Gujarat has another such draconian act: the Prevention of Antisocial Activities Act (PASA). These laws have ambiguous names but are used basically to oppress, harass and intimidate citizens who dare to dissent and agitate against the government. The former Chief Minister of Gujarat Vijay Rupani had declared that more ‘crimes’ will be brought under the ambit of the anti-people PASA.

The Bhima Koregaon case is another case of blatant intimidation and punishment of dissent, a democratic right of citizens, in which intellectuals have been arrested and charged, and are being prosecuted. There have been credible reports of fabrication of evidence by official agencies, and the denial of bail even to accused who are old, infirm and with severe health issues.

Of all the accused, only one, Varavara Rao, managed to get interim medical bail because of his very poor and deteriorating health from the Bombay High Court. On the other hand, the NIA ensured that Fr. Stan Swami was denied the same, languished in prison and died.

Gujarat under Narendra Modi’s Chief Ministership saw a spate of sedition charges to intimidate journalists and intellectuals. Not that others have lagged behind; cartoonists have been charged with sedition for utilising their craft. In these times of hate receiving official patronage, humour and satire have also been prosecuted under such and similar provisions. Students who dare to protest against the Citizenship (Amendment) Act and National Register for Citizens have been incarcerated under sedition, and are being prosecuted; pregnant women and senior citizens have not been spared either. A journalist trying to cover the Hathras rape and murder was arrested in Uttar Pradesh, and booked under the UAPA, which is meant to prosecute terrorists. Even journalists and parliamentarians who tweeted about the death of a farmer participating in the ongoing farmers protest, have been slapped with charges of sedition.

“If human beings will only realise that it is non-human like to obey laws that are unjust, no human’s tyranny will be able to enslave them.”

As the government becomes more and more authoritarian and autocratic, the oppression of dissenting opinions and the persecution of dissenters increases. When one peruses the conviction percentage, it is clear that even the police and Government know that the prosecution is unsustainable, but they still do it to harass, intimidate and subjugate. One of the reasons is that they are protected, and know that they will not be punished for wrong doings.

Independent India should have done away with section 124A, a colonial legacy for the protection of the Crown and the British Empire. Unfortunately, it did not, and instead has been using it to oppress and harass its own citizens.

I hope India will have the courage to do away with section 124A and similar such anti-democratic, oppressive laws, once we restore true Constitutional democracy.

I conclude with what Gandhi has said about sedition:

“If our rulers are doing, what, in your opinion, is wrong, and if we feel it our duty to let them hear our voice though it may be considered seditious, I urge you to speak sedition – but at your peril. You must be prepared to suffer the consequences.”

(Tushar A.  Gandhi is an author and the great-grandson of Mahatma Gandhi. The views expressed are personal.)