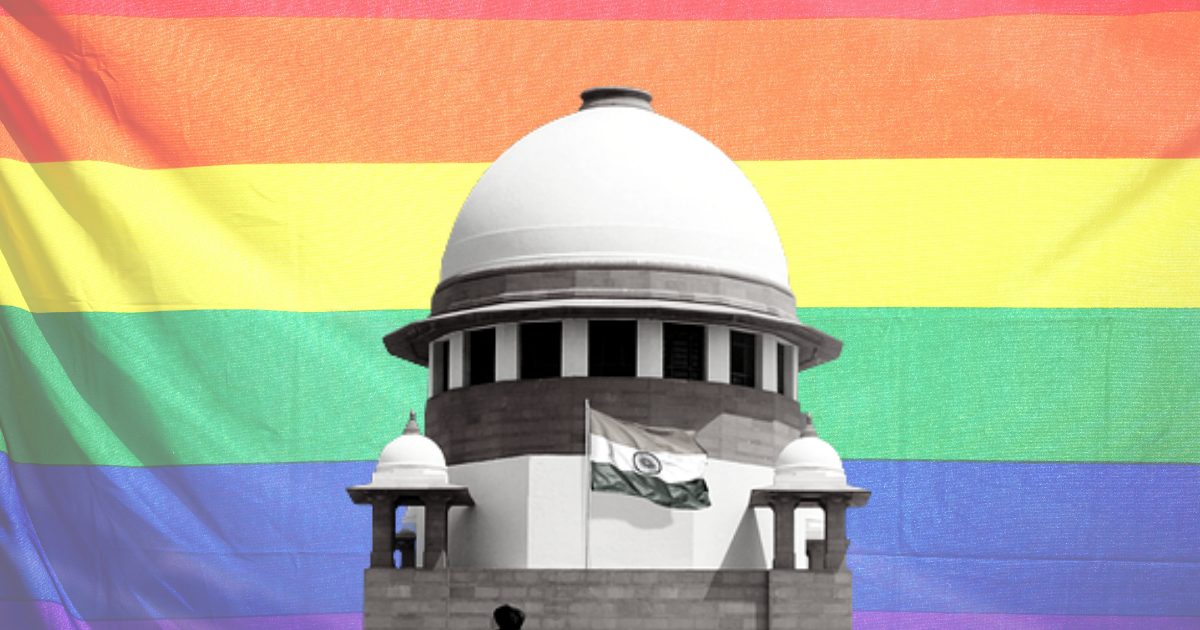 Section 377, 3 years on: Walking down the aisle of history

The first failure, the dismissal of the Naz petition in 2004 and the review petition arising out of it in the Delhi Hc on technical grounds, was a big let-down but not for long as the SC set aside the dismissal, writes ANAND GROVER.

TODAY is the 3rd anniversary of the Supreme Court decision in Navtej Johar, holding that sexual acts between consenting adults in private does not attract section 377 of the Indian Penal Code (IPC). It is also 20 years after the Naz Foundation challenged the constitutional validity of Section 377, which we won in 2009.

The long journey has been a roller coaster ride.

Gay men starting to come to our (Lawyers Collective’s) office after a major victory in an HIV case in 1997. The pain of their stories of blackmail by the police, their casual partners, parents etc., was an impetus to find a solution. That quest led us to locating section 377 as the source of evil. The constitutionality of section 377 had to be challenged.

The next step was getting the petition draft and settled and then trying to locate a petitioner. But no gay man, except Ashok Row Kavi, was willing to come forward to be a petitioner because of the extreme stigma.

However, the petition had to be filed in Delhi as the AIDS BhedBhev Virodhi Andolan (ABVA) had already filed a petition there and if filed in the Bombay high court, the government would have got both transferred to the Supreme Court, which might have dismissed it and sealed our fate for a long time. At this juncture, Anjali Gopalan from Naz Foundation came forward.

In the meantime, in 2001, there were arrests in Lucknow of the Bharosa Trust activists for reaching out to the gay community and making them aware of safe sex.

The LGBTQI (lesbian, gay, bisexual, transgender, queer, intersex) community was in the throes of fear. We were able to respond to that in Mumbai by an exhibition at Flora Fountain on what the LGBTQI community was all about. The overwhelming support we got from ordinary people emboldened us.

The petition was filed in the Delhi high court in 2001 on the basis of the ABVA petition that was pending there. Unknown to us, it had already been dismissed. Unfortunately, we faced a lot of criticism from the community for lack of consultation with them before filing it.

We corrected course and proceeded to have consultations regularly from then on. The community got involved in a big way on decisions on the petition as it traversed through the labyrinth of the courts.

The media also got involved. In television debates, mothers pointed out that their sons or daughters were gay or lesbians, who were perfectly normal and loving whom they loved, all with quiet dignity.

They also spoke on how section 377 was unjust in providing for severe jail sentences just because they were engaged in acts perfectly normal to them. In one debate with me on Karan Thapar’s show, Ravi Shankar Prasad, till recently the Union law minister, claimed that section 377 was “part of our culture” and “will never go”. History rightly proved him wrong.

In such debates, Saleem Kidwai and Ruth Vanita’s book, Same-Sex Love in India: Readings from Literature and History, was critical to show how India had a liberal culture on sexuality no matter which religion, before the British imposed their Victorian values on us.

The Naz petition got a huge boost when Voices for Equality joined in to support it. There was fun too when the National Aids Control Organization filed an affidavit supporting us. It contradicted the government of India’s stand. But we also had to watch the sad spectacle of the additional solicitor general trying to defend section 377.

There was euphoria when the judgment of the Delhi high court was pronounced in 2009. That was a second independence day for those still imprisoned by the chains of British Victorian morality. Those chains were now broken.

But then Suresh Kumar Koushal and others approached the Supreme Court. We had to defend the Delhi high court judgment. There was a lot of fun on the way too.

The Supreme Court dealt a devastating blow when on the last day of Justice G.S. Singhvi’s tenure on December 11, 2013, it set aside the judgment of the Delhi high court in Naz and made the LGBTQI communities criminal again.

I wrote a series of articles criticising the judgment and trying to boost the morale of the community by pointing out that the judgment will be set aside as justice is on our side. But the blow was too much for some. Faced with hopelessness, some gave up the fight.

Also read: To achieve true equality, challenges that lie beyond reading down Section 377 cannot be ignored

It was then a matter of taking the long road to win back the rights of the LGBTQI communities. We filed review petitions that were dismissed and then we filed curative petitions. We also filed writ petitions. They were taken up and the rest is history.

Though it was a long and arduous road, it ensured that the victory that came from a constitutional bench was bound to stay. More particularly, because the communities were mobilised, the victory is now firmly entrenched in our society, especially amongst the young, who will see a different world.

There is still a lot to be done. Same-sex marriage, change in rape laws, rights on inheritance and anti-discrimination law in the private sector. That will also come. For justice is on our side.

Commissioned by, and first published on, Hindustan Times on September 6, 2021.

(Anand Grover is a senior lawyer at the Supreme Court and co-founder of The Leaflet. He led the team of the Lawyers Collective in filing and arguing in the Naz, Koushal and Navtej Johar cases. The views expressed are personal.)