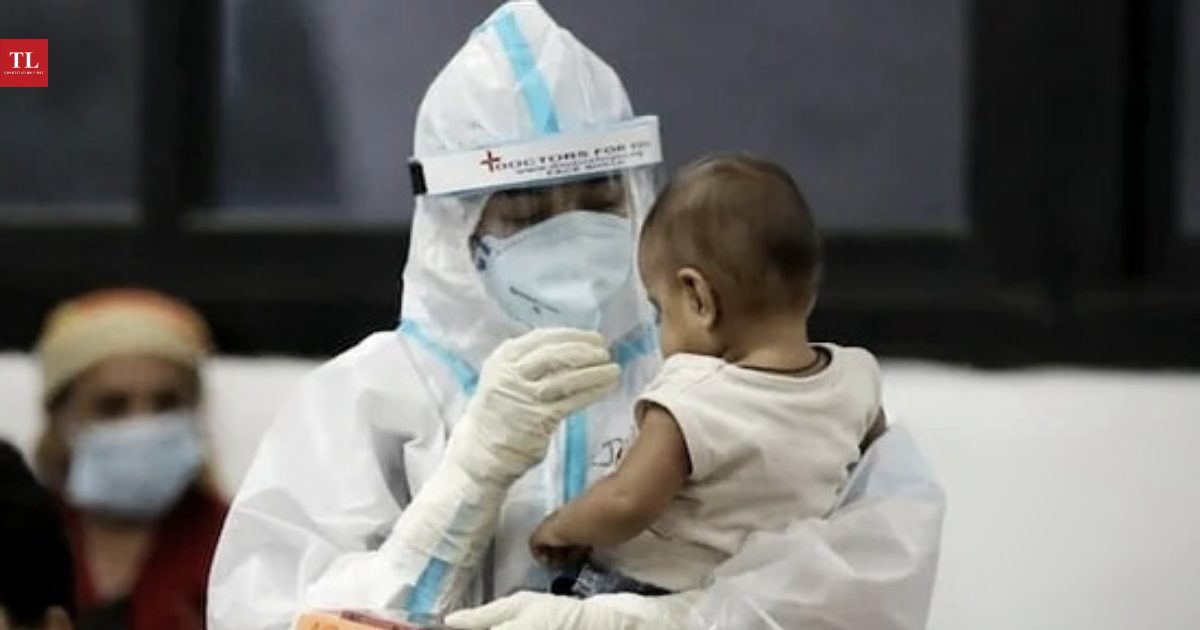 Punjab and Haryana have compiled a list of over 50 children left alone by the deadly Covid-19 virus. The countrywide figure is much higher. While a Supreme Court bench has sought details of the central government’s new welfare scheme for orphans, the ground situation is miserable, VIVEK GUPTA reports from Chandigarh.

FIFTY-eight-year-old Arjan, a daily wager from Barnala town in Punjab, had just returned home from work when he felt a little uneasy. Three days later, on May 13, he succumbed to Covid-19 during treatment at the government hospital. Forty-eight hours later, on May 15, another tragedy struck the family. Covid-19 took the life of his wife Dhanmanti Devi as well, leaving their three children, including two minor girls, orphaned.

Twenty-one-year-old Naseeb, the elder son of the departed parents, said the death of his parents shattered him and his young siblings. “When my parents were alive, we never faced a shortage of food or worry for shelter. Ever since their death, it is like hell broke loose on us,” said Naseeb.

He said, “We live in rented accommodation in Fauji Basti in Barala town. I could not pay the house rent this month. Then there has been a continuous struggle to manage ration and food. The neighbours came to our rescue.” Naseeb adds, “Now I have joined my father’s place of work but my daily income is not more than Rs. 200. I wonder how I will take care of my sisters.”

“I am taking care of my three sisters now. However, as I earn very little, it is difficult to run the kitchen and pay rent. Also, I wish my younger sisters could continue their studies. I request the government to help me,” he says.

Naseeb is not the only one whose world has turned upside down after the second Covid-19 wave struck the country. As many as 23 children have lost both their parents in Punjab and 30 in Haryana, reveal the latest figures compiled by both states last week for April 1 to May 31.

Most Covid-19 orphans have been taken in by their close relatives. Authorities are conducting social investigations to see if these children will have to go to childcare homes instead. District Child Protection Officers (DCPO) have been made nodal officers in Punjab and Haryana to identify more such children who are struggling to survive.

The countrywide situation is even grimmer. As per Ministry of Women and Child Development data released last month, 577 children across the country were orphaned between April and May.

Ever since the Covid-19 arrived in the country on April 1 last year, 3,621 children were orphaned, 26,176 lost either parent and 274 were abandoned, the National Commission for Child Rights (NCPCR) has revealed in an affidavit filed in the Supreme Court on June 7.

The Commission clarified that the deaths of parents, as reflected in its affidavit, were not just related to Covid-19 and could be due to other reasons too.

SC seeks details of the Centre’s welfare scheme for orphans

Punjab and Haryana have announced free rations and education for orphan children in government institutions apart from a monthly social security pension to families that take care of them. The figures are Rs.1,500 per child in Punjab and Rs.2,500 per child in Haryana.

So far, states have announced these relief measures will last until the beneficiaries turn 21 but they are also waiting for the Centre to finalise its welfare scheme for Covid orphans to pass on further benefits to them.

Last week, the Supreme Court suo motu sought details of the welfare scheme announced under the PM-CARES fund for children who lost their parents due to Covid-19.

During the hearing on June 7, the central government said it needed more time to work out the relief scheme.

Appearing on behalf of the Centre, Additional Solicitor General Aishwarya Bhati told the Supreme Court that extensive consultations are taking place between states and stakeholders to finalise the scheme.

The bench of Justices L Nageswara Rao and Aniruddha Bose said it would grant time to the Centre and post the matter after the vacations.

Five-year-old boy among four orphaned in a Haryana family

There are families where the loss due to Covid-19 is unimaginable. Fifty kilometres from Charkhi Dadri district in Haryana is village Jhojhu Kalan, where ex-serviceman Narinder Kumar lived with his aged father, three minor daughters and a five-year-old son.

Narinder took voluntary retirement from the army in 2019 after he lost his wife due to illness. It was hard for him to emerge from his wife’s loss, but he somehow managed his family well, said Narinder’s brother-in-law, Raj Kumar, who lives in Kadma village of Bhiwani district.

But destiny had other plans. Both Narinder Kumar and his father Naik Kumar died of Covid-19 last month. Raj Kumar blames the private hospital empanelled under the armed forces for lack of proper treatment. For an initial week, they did not conduct any Covid-19 tests on the patients, he added.

“When their health deteriorated, the private hospital shifted the patients to a government hospital. First, Narinder’s father died on May 6 and he could not be saved later on May 14, leaving his four children orphaned,” said Raj Kumar.

All four children including 16-year-old Neha, 12-year-old Bhumika, 7-year-old Chahak and five-year-old Jai are currently staying with Raj Kumar, but he does not know what their future will look like.

“I am unable to think right now. The youngest of four children is more difficult to handle as he continuously asks for his parents. I am currently running from pillar to post, opening their bank accounts as there are a lot of government formalities involved in being their guardian,” said Raj Kumar. His brother-in-law’s family was not well off, he added.

Though Narinder Kumar owned a house, the landholding was hardly one acre. There are a lot of legal formalities involved now in transferring those properties in the name of the children. “The local administration has so far distributed ration to us but there is no help beyond it,” he added.

In the Charkhi Dadri district alone, says Deputy Commissioner Rajesh Jogpal, 56 children lost either one parent or both. “Our immediate concern is to provide them rations. In the coming weeks, we will ensure they continue their studies and get all financial benefits announced by the state and centre authorities,” Jogpal told The Leaflet.

The head of the Child Welfare Committee in the Union Territory of Chandigarh, Satinder Kaur, said the physical and mental well-being of the Covid-19 orphans must be the prime focus of the rehabilitation policy that the Centre is formulating.

“Governments ensure these kids remain with close relatives and they must get sufficient financial aid to help them raise the children. In case there is a need to shift them to childcare institutions, they must be properly taken care of there, with proper focus on their education and employability,” says Kaur.

In Chandigarh, the authorities have found one Covid-19 orphan so far, but over two dozen children lost one parent. In all, 53 children lost both parents in Punjab and Haryana and the hunt for more is on.

Civil society has come forward to help the orphaned children. In Punjab, Amritsar-based private medical practitioner has launched “Mission Rahat” to give Rs.1 lakh financial assistance to these children. Dr Ashok Uppal, the convener of the scheme, told the media that people could contact them through the Mission Rahat helpline number, 8872962555, if they come across children who have lost both parents to the deadly virus.

(Vivek Gupta is an independent journalist based in Chandigarh. The views are personal.)